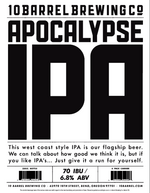 I saw this in Costco the other night, and it reminded me that alcohol, the drinkable kind, is not something that I have stocked up on.

I do not drink due to health problems - it causes problems with my throat.

So I am thinking:

1) vodka or other high alcohol percentage low flavor liquid - this would be for barter, possibly medicinal uses
2) wine - probably red wine - for cooking
3) beer - for cooking and barter

I am looking for low cost, high value since I won't be using this very much - if at all - unless there is a complete collapse. Not crappy rot gut, but not connoisseur level of quality either.

Alcohol will evaporate from any poorly sealed container, twist cap, plastic bottle, the alcohol will dissipate in a few years, that's why wine bottles are stored on their side, to keep the cork swollen and tightly sealed. I would look for glass bottles of low priced booze, vodka has many uses and there's very little difference quality wise between price lines, rotate every 5 years? (Christmas gifts)
2

IPA is not fit for consumption.
Head hunters drink their own

In the Silicon Forest

titsonritz said:
Obviously you've never had Pliny The Elder or you one of those weenies that drinks Coors Light.
Click to expand...

titsonritz said:
Obviously you've never had Pliny The Elder or you one of those weenies that drinks Coors Light.
Click to expand...

Weenies? Drink what you like. I tried just enough IPA's (for free) to know I won't waste funds to buy them. Budlight Platinum for me. Whiskey otherwise.

As stated before, petty much any distilled clear liquor in a non permeable container would probably work for most uses. If you are seriously thinking ahead, you might pick up some name brand whiskey too. Something like Crown Royal, Jim Beam or Jack Daniel's would probably make a pretty good barter good, worth far more than what you paid for it after a collapse of society. I personally witnessed partial bottles of Crown going for >$50us in Iraq during the weeks after the invasion. Something about a familiar product hits on people's nostalgia.

As far as wine goes, that's totally off my radar for a TEOTWAWKI type scenario. I suppose it would make a good trade good, but there are so many types and tastes that my guess would be the value would not be a great investment. Maybe go with the gallon size bottles of cheap stuff? You would probably be better off getting the equipment together to make your own. I know blackberrries are like a disease on the west side, if you had the means you could make some killer wine or cordial from that stuff. It would just require the vessels to do the fermentation and the juicing.

On beer, (or ale) I don't think it keeps well enough for what you are thinking. At my house it only lasts a week or two before I turn it into urine (lol!). Seriously, beer goes stale over the course of maybe 2yrs or less. The more mass produced, pasturized stuff in cans would probably last the longest, but I've run across some that was pretty rank. Just heating and cooling can ruin beer. Again, best bet is to get your self some brewing and bottling equipment.
2

Wine is hard to store, especially for a red. Can't get over 80 degrees, needs to be on its side or tilted towards the cork, and be in darkness until you decide to drink it.

Vodka I think would be the best as well.. Easy to store, last forever, thousands of things you can use it for too.......

You can cut it up to five-to-one with almost anything and still have something tradeable. It's also good for medicinal uses or even burning for heat in a pinch.

Alcohol, along with tobacco, will be among the highest-value trading items in a grid-down situation.

Best bang for your buck will be Everclear.

After that I would buy cheap vodka by the half gallon.

You can always buy some pint jars to pour it into if you want smaller containers for trading.

can't remember the name off hand but there is an Everclear knock off that is cheaper. People won't care about taste or name once the SHTF. Anything that will help with the DT's will bring a pretty penny

The cheapest vodka you can find. Ideal for whatever you need alcohol for.

Ya know , don't laugh I did a taste test .
JD, Potters, Monarch, Gentlemen Jack.
At 32.00 Gentlemen Jack has to be one of the smoothest under 100.00 whiskeys
Ive tasted. But at 32.00 not practical for storage.
Monarch why very inexpensive in large qualities is in my mind drinking
Generic Beer ( anyone remember no labels ?>) But Potters to me at 1/3 that
of JD taste about the same especially if you tap a little coke in it.
Potters can be had about same price as Monarch and taste better and priced
cheaper then JD.

For purposes of helping the group out I will test Vodka and Rum as well.
This is important for tactical and survival purposes and I am willing to step up for the team

Thanks for takin' the hit for us amigo!
Try "Blue Ice". $20 a bottle. I used to buy Grey Goose for $38. I still like it and order it at a bar but cant beat Blue Ice for the price.

If your gonna barter with me, I like rum.
Beer doesn't really have a good shelf life. I would avoid that.

Maybe learn to brew beer, build a still and learn how to use it. The still can be used to distill water as well. At least that way you won't run out of product regardless of quality.
P

Lost in space but finally away from Seattle

Home brewing takes supplies that may not be all that available in a bad situation fuel alone could be a problem, you also need things to be pretty sterile. Its simpler to buy a few cases of everclear or pure grain alc. now. As many have said wine and beer are a bad choice for long term storage, wine tends to die in the bottle alot faster than most people are aware.

Bartering Practice, Who Is Bartering Firearm Stuff For Food?
2 3

Liquor for barter in SHTF
2 3

Brine your dry beans to save cooking fuel resources.