Last night was interesting, and a real eye opener.

I woke up to knocking, my dog barking, and my wife asking(telling?) me to get my gun because someone hit my doorbell. About 3 am

I'm a pretty hard sleeper, which with having my daughter, I do NOT like. Anyways....

All this is going on, I grab my handgun and flick on a couple lights. No one was in my house so I want worried about staying concealed. My eyes working well was more important.

She(wife) tells me this guy said he needed help and to use a phone (tells me this while I'm heading to the door.)

I get there. Over about a minute, this guy either knocked or rang the doorbell probably 3 times each. I had my wife call the police while I tried to get a visual on this character.
He was moving around enough to the point that he'd knock or ring and in the time I could lean into the peep hole, he wasn't in sight. My wife saw him pacing the yard between knocks.

I chose to wait it out (police to shoe) for the fact I couldn't ever see what he looked like, or pin down where he was. Didn't want him to get past me somehow.

So, all this happens. The police show up. (Pretty quick, 3 or 4 minutes. Still too slow if bad things happened) get the guy out of there and come and get a statement and phine number from us.

Officer called him a knucklehead.

Last main point to make. The amount of adrenaline was pretty intense. I've practiced getting my hear rate and shooting to try and simulate this type of event. Definitely a totally different animal compared to practicing.

I'd like to think I did the right thing. It was pretty intense. The amount of shaking my arms were doing would be have made shooting....interesting...close range and squeezing the gun might have settled my hands down.

*I didn't hear it, but while I was getting up this guy rattled the doorhandle a couple times*

**officer said the guys story didnt add up, which coincides with the sketchyness.
The story we were given was the guy needed help because his GF kicked him out. So aparently he needed to use someone phone at 3 am instead of walking 3 blocks to 7-11.
Then his story changed a little (I live in hazel dell) that the house he got kicked out of waa in camas.

He didnt have an answer for how he was in hazel dell without transportation at 3am. **

Scary, sounds like you did right though, and anytime you can make an unwanted person go away without it escalating to violence you did good.

Who knows what he would've done had you or your wife opened the door. Do you guys have a Ring video door bell or just regular old chimes?

Wow...sounds pretty stressful.. I think you did the right thing.. stayed in your house, waited for police.. if the dude would have broke in,, it would have taken it to the next level. glad you didnt have to deal with pointing your weapon at him or shooting,, could not imagine the nightmare that would have caused in your life.

Drunks, crazies, and criminals with bad intent... Wise not to open the door at 3am.

Meth is a terrible drug

1) Nothing good happens outdoors between the hours of 3:00am and 3:30am

3) When this happened to us between the hours of 3:00am and 3:30am, the sound of our Mossberg 590 slide racking made crackhead girl and crackhead man (1) scream, (2) run for thier crackheadmobile and split the scene in a rather speedy crackhead fashion

Regular chimes. Didn't even know they have camera ones.

Thought abiut charging my ar. It's pretty distinct as well. I was more concerned with figuring out where the guy waa.

Ya need a Big Bad bubblegum Shepard. That' our door Bell... What a handsome German Shepherd Dog you have whats his name

*Not the most intimidating picture. But that cat is 20+ lbs. He might have done some good too. Here is the last moose Gus 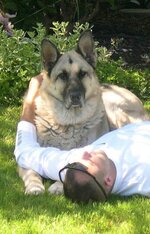 I am definately happy that all the windows on the lower level of my house have steel security bars and the doors also have security doors. 1/2 inch steel bar is pretty dang effective.

Sounds to me like you did it all the right way! GOOD ON YOU!!

On the bright side you now know how you will react given this sort of bubblegumed up thing happens again. You also might want to check out the ARLO PRO series of camera's at Costco. I have one above my front door and is a wireless device that is motion activated. The advantage to the pro is you can actually talk to the person with out opening the door using your smart phone. Mentioning the cops have been called and that your armed might help deture them from rattling the door knob again!

Don't know about anyone else, but when this sort of thing has happened to me multiple times over the years, no matter how in control I may think I am, the freaking adrenaline flow is intense...every time. Got to watch that tunnel vision too.
S

SKrueger beat me by 11 minutes. Bare minimum a camera at the front door. Bright lights too if you don't have them, motion activated and switched.

As for the adrenaline, I know what you're talking about. I remember one time, late at night at my mom's old house, there were a string of late night break-ins in the area. I was in the downstairs bedroom and heard someone attempting to gain entry on the middle floor. Long story short, it took quite a while for the shaking to stop.

I'm familiar with those. I work at costco and see those being purchased occasionally.

The adrenaline was pretty intense. But nothing like being hit by a car while riding a motorcycle. That had me shaking for at least a full day.

hatchj said:
I'm familiar with those. I work at costco and see those being purchased occasionally.

The adrenaline was pretty intense. But nothing like being hit by a car while riding a motorcycle. That had me shaking for at least a full day.
Click to expand...


We have the Arlo Pro kit from there. plus add on cameras.

I think you did just fine! Let the LEO handle any thing any time you can! It's best to not "get involved" and not open your self up to any trouble unless you absolutely have no choice!

Is this the thread where we post our GSDs?! Seriously this dog is probably the loudest thing ever... he hides behind me when I go to the door, but he definitely makes enough noise to scare anyone that would be deterred by a shotgun slide being racked.

I always try to remind myself after shooting at the range that this isn't what it'll be like when the bubblegum gets real. You are well, your loved ones are well, BG got a meeting with a LEO, sounds like you did it all just right. 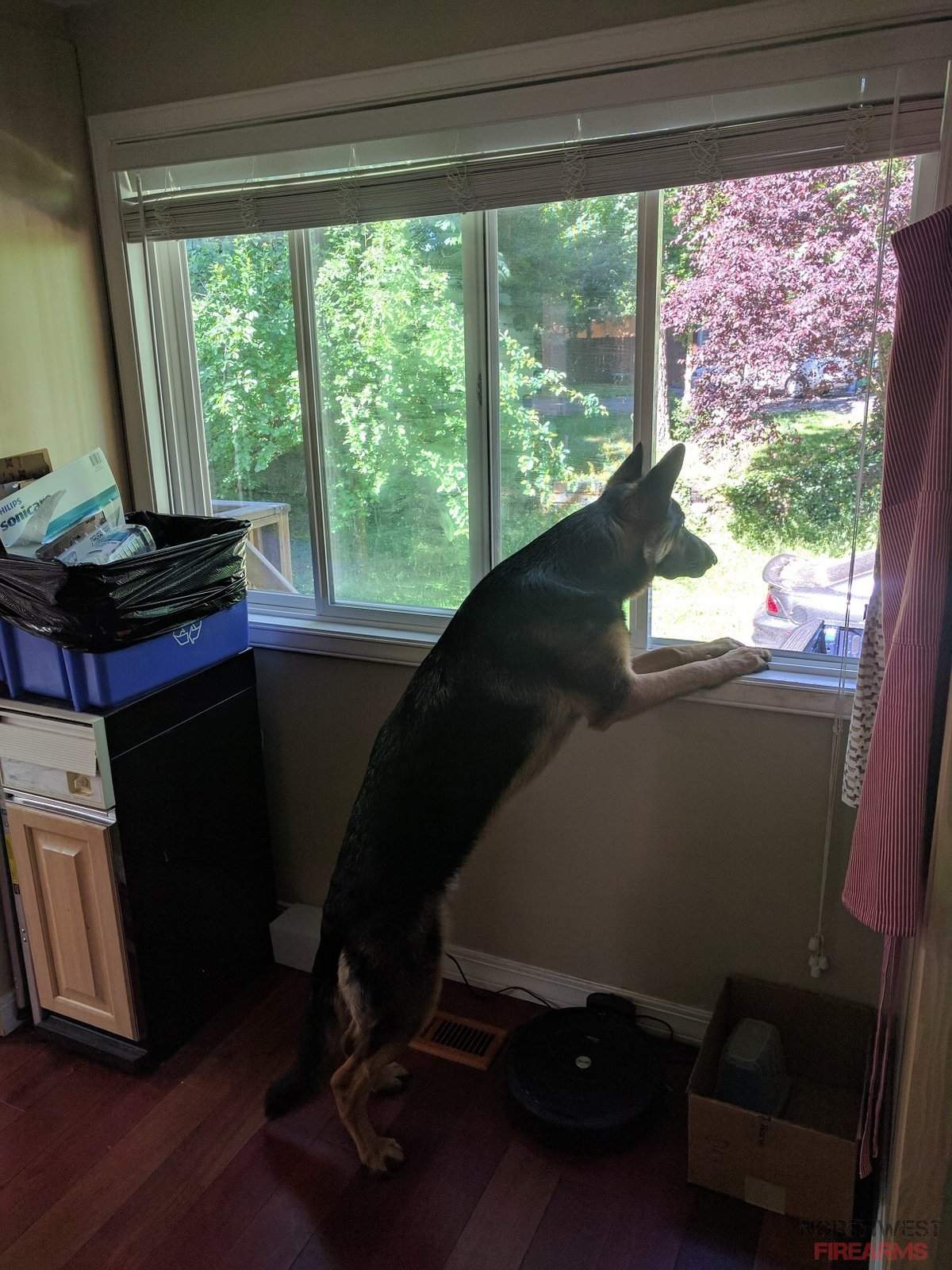