Event put together by Radian Weapons and Noveske

The staff at Radian have decided its time to make a stand with our fellow Oregonians. As many of you know, the Oregon House and Senate have introduced numerous firearms related bills that are nothing less than draconian.

We will be raising money and awareness in order to create what we hope will be a huge turnout at the State capitol grounds on Saturday, March 23rd.

The ONLY purpose of this event is to remind our legislators that they work for us, and any continued assault on our 2nd Amendment rights will not stand. They've obviously forgotten that we are in fact a CONSTITUTIONAL Republic.

This is the time for anyone who cares about the 2nd Amendment to set aside their differences with each other, and come together on behalf of our sacred American liberties.

We ask that if you're able to attend the event, you only bring signs of support for the 2nd Amendment. The only flag we should feel the need to rally around are the Stars and Stripes. We anticipate this will be a publicized event. Hatred of any kind, violence, or destruction of public or private property is forbidden.

We plan on raising money for bus transportation from around the state, radio and T.V. ads to raise awareness, and entertainment and food at the event. Please spread the word as we seek to make a difference in our home State of Oregon, and across this great land.


Full details and updates at Defend the 2nd Rally

For those not on Facebook, Radian has launched a website Defend the 2nd | Now is the time to stand together.. This post will continue to be updated with relevant info.

A GoFundMe page has also been set up for bus transportation from around the state, radio and T.V. ads to raise awareness, and entertainment and food at the event. This page was set up by Josiah Underwood (Director of Operations at Radian Weapons).
Click here to support Defend the 2nd Rally - 23 March 2019 - Salem, OR organized by Radian Weapons

A special edition SL Raptor charging handle and Talon safety selectors from Radian Weapons will be for sale at 10am PST on 2/21. 100% of proceeds will be used to support the event. The Raptor can be seen below in black multicam. UPDATE: 500 Raptor/Talon combos were sold to raise $100,000.00 for the rally. 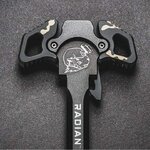 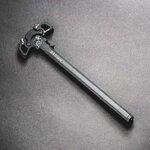 Web safe is a version that is quicker for distribution and downloading.

Here is the print ready PDF with trim marks:
https://riotslc.box.com/s/fwf4q9lfeoqjqd51tqcex6jcqhl6zsol

Transportation to the Rally
There are four buses at the meeting location and times below to take you to and from the rally. If you plan on taking a bus, email [email protected] confirming your intention to take one of the buses. Include the following in your email:
NAME
BUS LOCATION (e.g. Portland, Medford, Pendelton, or Redmond)
NUMBER OF PEOPLE IN YOUR PARTY

This info ensures there will be adequate room for you on the bus. 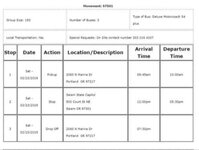 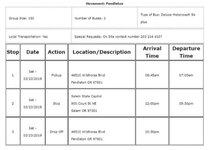 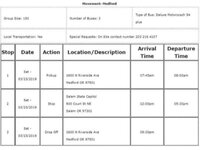 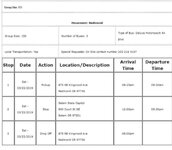 Educate yourself on the bills being protested.

EVENT SCHEDULE
The Defend the 2nd Rally will feature a covered stage, live band, DJ, petitions, food and drinks, and information on how to get involved in the fight for our rights. The following guests will speak at the event.

Is there another place for details for those that don't have Facebook accounts?

I would come back to this thread for additional details. The date, time, and location are all available in the post along with the information about the event from Radian. You aren't missing anything so far by not having a Facebook account.

Yay! Many thanks for stepping forward Radian Weapons and Noveske, we need to get this information out far and wide. Time to go load up Salem. Hopefully this can be kept family friendly so children can attend with their parents.

Time to have a significant show of force... Actually, long overdue.

Folks, let’s talk this up and get a serious turnout for this event!

I will definitely be there as I live in Salem. If anybody wants to get a beer afterward, drop me a PM

I’ll be there, hoping to bring the Mrs and daughter. It’ll be good for them to see how a Republic works, or should work...

I'll be there for sure.

since its a saturday that i dont work i will try to make it!

Sadly, im not going to be in the state at that time, would be awesome to have a beer with many of you fine folks afterward!

Ura-Ki said:
Sadly, im not going to be in the state at that time, would be awesome to have a beer with many of you fine folks afterward!
Click to expand...

We’ll
Just have to drink one for ya!
D

This is a great idea. However, between now and then, the people who blame your hobby for the crimes of others are making progress, marking up bills and planning how to say, "it's for the children". We still need to FLOOD their emails, phones and mailboxes. Be polite, but firm. Be right. Make it clear that you and everyone you know are fully aware that almost all of the street cops say that banning your hobby will make no difference in crime. No threats, other than to donate to their next opponent. Just clear communication that your right of self defense is sacred. Please read below for some ideas to communicate in those emails. Also, go to the news websites and post there. Politicans see which way the crowd is going. Form that crowd. They need to see that they have awakened a sleeping giant. You can't depend on the Oregon Supreme Court to overturn it if it passes.

This is the Oregon legislature main page. You can find all of their emails here. Find yours, find Courtney, find the committee members. Email all of them. Phone and letters too.
Oregon State Legislature

Legislators and voters should know this. If you help, they will.

MYTH: Police want stricter gun laws
TRUTH: Police on the street overwhelmingly support gun rights for citizens without police records. The only police who say otherwise are a handful of political appointee chiefs. Street cops know better and don't owe the mayor. These are just three of many links:

Dear Legislator:
I am disgusted by a blatant attempt to punish law abiding gun owners for the crimes of a handful of people. It is especially bad when those crimes could have been prevented, but were not because of political considerations. A famous example is the Parkland school shooting. You say, "see something, say something", yet the police, sheriffs and FBI were all called out on Niklaus Cruz over 40 times for violence and threats to others. Yet the county sheriff did nothing about it, preferring to take PROMISE program money to divert Cruz to more "counseling". Nothing even when Cruz posted that he wants to grow up to be a school shooter. No arrests. With no arrests, Cruz passed his background check.

When Cruz arrived at the high school with his weapon, the deputies let him enter. He was already known to them as someone not allowed to enter. Then the shooting started and the deputies stayed outside. Next, the Sheriff ran to the CNN cameras to blame innocent gun owners for his failure to stop an obvious, known predator.

All in all, a textbook case of law enforcement failure. Rather than blame Cruz, or even the authorities who failed for years to do their jobs, you criminalize an entire class of law abiding citizens. Is this what the Party has become?
D

Deaths from mass shootings get all the headlines, but they are extremely rare compared to other violent crime, even now. There have been 1135 mass shooting deaths since 1966 (Washington Post). That represents less than 2 years of gangster on gangster violence in Chicago.

In any recent year in the US, gangsters who already ignore murder laws shoot each other and innocent victims with guns they won't register or give up. People who ignore murder laws will ignore gun laws too. Do you care? Or is this just about the politics?

The ICE website has similar data for previous years with similar crime counts.

Border control would stop more homicides every year than the total number of mass shooting victims since 1966. Do you care? Or is this just about the politics?

<< To the readers here: Do not interpret my post as anti-immigrant. Interpret this as shining a light on what dishonest politicians claim they care about versus what they do about it >>
Last Edited: Feb 1, 2019

I was wondering: would it make sense to get other manufacturers involved, e.g. S&W, Daniel Defense, or even Ammo Manufacturers like Federal? They also have a lot to lose.

EDIT: I would probably first check with Radian and Noveske to make sure they’re Ok with it.
Last Edited: Feb 1, 2019

If destroying public & private property is forbidden, then I’m out!

MarLin72 said:
I was wondering: would it make sense to get other manufacturers involved, e.g. S&W, Daniel Defense, or even Ammo Manufacturers like Federal? They also have a lot to lose.

EDIT: I would probably first check with Radian and Noveske to make sure they’re Ok with it.
Click to expand...


That's a good idea. There are other companies getting involved including Oregon Rifleworks and BlownDeadline. It is likely other companies will join in as the event grows.

A GoFundMe page has also been set up for bus transportation from around the state, radio and T.V. ads to raise awareness, and entertainment and food at the event.
Click here to support Defend the 2nd Rally - 23 March 2019 - Salem, OR organized by Radian Weapons

I plan to come over from Central Oregon for this. Was wondering if anyone else is also coming over the mountains. Maybe get an old fashion convoy going.

Try and get your wife, GF, daughter to attend. The more women standing up for their rights to defend themselves carries much more weight than a bunch of guys in camo.

MarLin72 said:
I was wondering: would it make sense to get other manufacturers involved, e.g. S&W, Daniel Defense, or even Ammo Manufacturers like Federal? They also have a lot to lose.

EDIT: I would probably first check with Radian and Noveske to make sure they’re Ok with it.
Click to expand...

Move to Amend: any opinions?