The story of my stolen gun...

Flash back to 96'. I was moving out on my own, the first day I am moved into my apartment, I get a call from my father, stating he is coming by to visit me. My dad walks in, with a brown paper bag in tow. He starts off with the spiel that he's proud of me growing up, and then comes in with the essentials of defending myself. Out of the bag, he pulls out a snubbie, a Rossi 88 snub nose .38 and a box of shells.

Flash forward a few weeks, I'm at a party, meet up with an old highschool friend, and we get to catching up. We end up hanging out a lot, and after some time, I find out he isn't doing so well, so I invite him to stay with me until he can get back on his feet. A week later, I come home to an empty house, empty of my .38 and some clothes and food. My then good friend, had disappeared, along with my stuff. This was back in 97'.

Now flash forward to 2007. I am married, with my own home and kiddo just around the corner. My father had passed away in February 6, 2005 from complications from a triple bi pass surgery at Swedish Hospital.

I go to the mailbox to find a letter from the Seattle Police department. I rush back to my house and open the letter. Apparently they recovered my pistol and was asking me if I still wanted it. 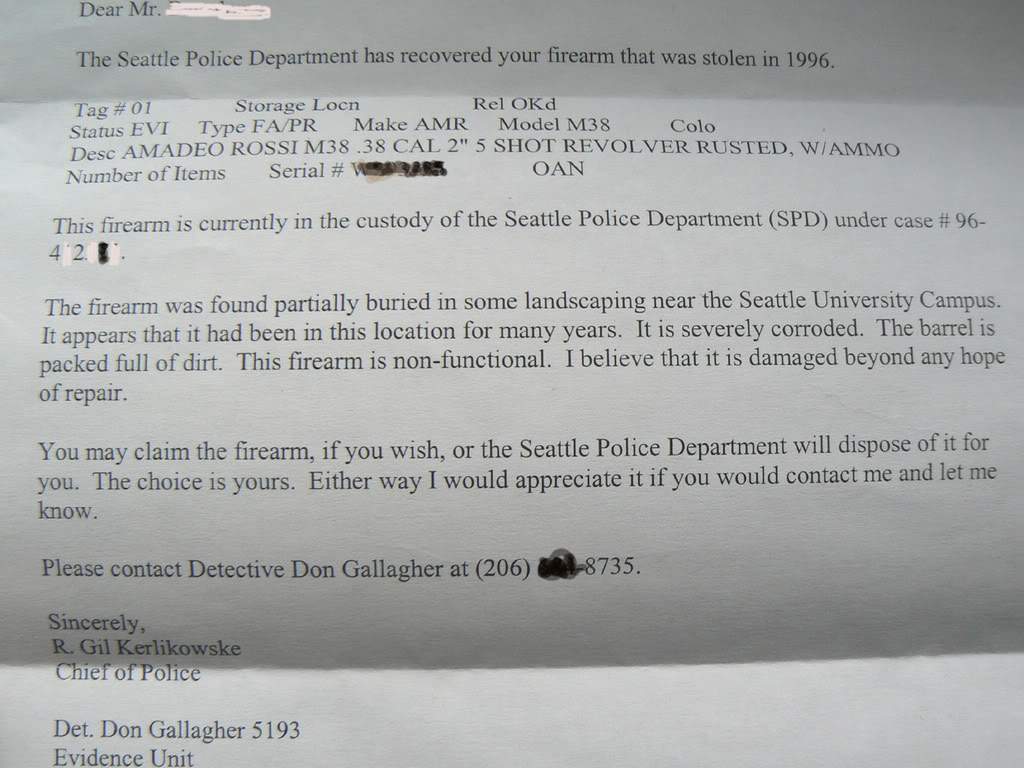 I call the detective about my firearm. He explains it is "beyond hope of repair" and was telling me I was better off allowing them to destroy the firearm. I decline, and explain that it had sentimental value and that regardless of condition, I would like to retain the firearm. He agrees, and gives me instructions on getting my pistol back. So I go to the evidence unit in Seattle, and as I am signing paper work, I read further detail of the recovery. It was recovered 2 years on the anniversary of my fathers death, February 6th, 2007. And the location of where it was located, was directly across the street from the hospital where my father breathed his last breath.

I bring the gun home and it does appear to be in horrible shape. Which is a given since it was buried in the soft fertile Seattle soil for close to 10 years. After some elbow grease, a whole lot of CLP and a new cylinder. 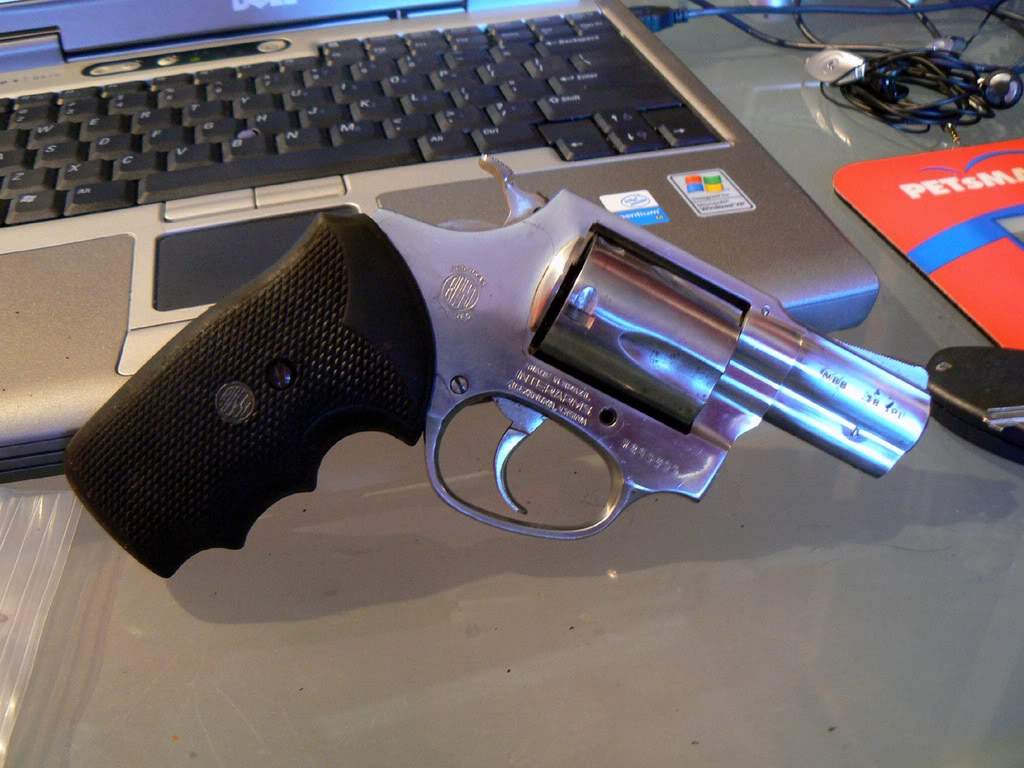 Not bad for a Rossi eh? 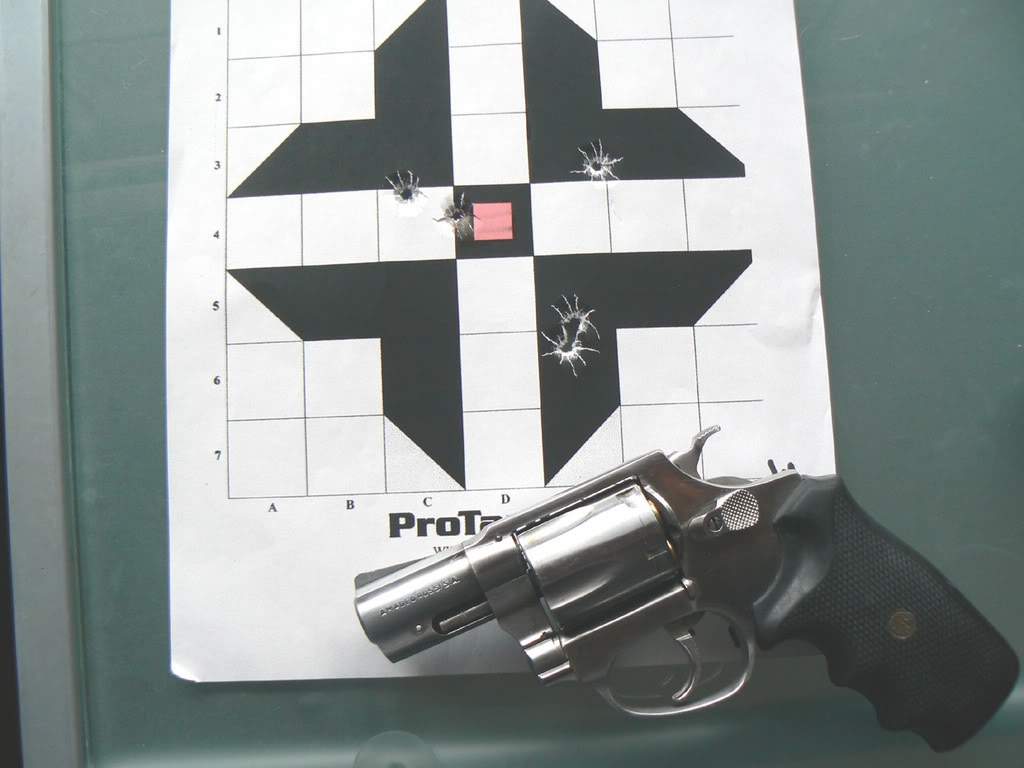 Man, that is an awesome story.
L

nice! epic story with pictures for proof! doesn't get any better then that.

Aristotle13 said:
I call the detective about my firearm. He explains it is "beyond hope of repair" and was telling me I was better off allowing them to destroy the firearm.
Click to expand...

Glad you have it back, and a good story!

Pretty amazing how pitted-out the cylinder got, but not rest of gun. Glad you got it back into working order. (and, just got it back, period)

The most amazing thing isn't that you found it, where it was, how long, or even than you made it work - but the fact that you carry it.

Your father would be so proud, I've got no doubts about that.

Did/does the inside of the barrel have any pitting?
M

Cool. I liked those old Rossi's.
Good work.
OP
A

Joey Link said:
Did/does the inside of the barrel have any pitting?
Click to expand... It's been on my hip in the same Gould and Goodrich IWB holster that was handed down to me ever since.

Wow. I bet that was a great feeling shooting that first round after the refurb.
OP
A

Joey Link said:
Wow. I bet that was a great feeling shooting that first round after the refurb.
Click to expand...

The feeling was almost enough to make a grown man cry. I can almost feel my fathers hands on my shoulders steadying my stance and reminding me not to flinch and to watch the front sight lift.

Of all the really important values I learned from my father, these are among the best memories I have of him. I look forward to the day I will be sharing these experiences with my own kids. That same sense of empowerment and independence.

I'm amazed you could get that gun back in shape. You should send a picture of it to the Seattle PD

You got it rite on Rick, they were .38 S&W. Seems as though whomever had it was not very bright, but they did not seem to have been fired through the gun.

Ah, what did you oil the bore with before it was stolen?
B

markw76 said:
Ah, what did you oil the bore with before it was stolen?
Click to expand...

I just push a patch with Hoppes 9, and a few dry patches afterwards every few hundred rounds. No brush.