Just when you think you've seen/read it all, along comes a letter like this one below. This letter showed up today in the Letters to the Editor. Not surprising since the paper is anti-2A. I'll leave the writers name out. I submitted a rebuttal but IF it gets printed, I'd be amazed. On a side note, I guess the writers "immatures" also include the military & every LEO.
It still amazes me that so many individuals have zero understanding on so many fronts given the access to factual data in this day & age. I still keep asking myself what/why where ideas like the letter come from.

Our family once lived in a remote cul-de-sac. An elderly couple next door frequently summoned police about their recurring problem: returning home after shopping, the wife would discover their gun cabinet was broken and guns were missing. After the police recorded their serial numbers, and investigated other robberies, they invariably recovered our neighbor’s stolen guns.

Our family avoided having weaponry. We noticed that weapons promote crime.

The Second Amendment was written only because professional law enforcement didn’t exist. Everyone’s priority was recapturing runaway slaves. And after 1815, the British stopped invading America. Nowadays, we no longer must kill wildlife in order to feed our families. Our real danger is nuclear missiles.

Thus, guns are obsolete. They have no purpose, except as deadly toys among the immature.

That's a whole new level of stupid right there.

What fake news paper was that printed in?

HighlandLofts said:
What fake news paper was that printed in?
Click to expand...

Tri-City Herald
I can't link the story as it's login based.... grr

The only thing about the letter that would surprise me is that any gun owners would think this letter "odd". As long as I have been alive the place has been full of people who were anti gun to the point of it being a religion with them. Certainly nothing new. For people who are ambivalent about guns I will "try" to help. For those like the author of the letter, I don't bother. If they bring it up I will shrug and say "the bad people have to eat too, so you will make a good meal". There is no getting through to them. Most will never change until they become a victim. Some even then will not. Hell a lot of gun owners are almost this bad.

SMH... These seem to be of the same mindset. Maybe it was written as satire?

AMT said:
Maybe it was written as satire?
Click to expand...

Looking @ the "complexity & content" in the letter, I'm going to vote

AMT said:
Maybe it was written as satire?
Click to expand...

This tells you all you need to know him:

“If such a tragedy did occur, and it might, we could blame our childish sheriffs who worship guns above public safety.” 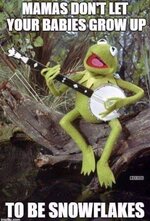 I never heard of a gun being arrested, tried or convicted of a crime. Not one. And one will never be because guns like any other object do not commit crimes. People who decide to live at the whim of another person's or groups priority list s all part of the great American experience. It's their right. When something bad happens to them and they call the police and find out there is a more pressing event going on, maybe they can hold a finger out to the home invader and explain the police will be a while. Donuts are half off at Duncan's.

I never will understand how, by their own admission, life is relatively safe. Obviously the millions of guns in the country held by good people are no direct threat. Even by the writers own example, they weren't hurt. This as another false narrative given by those afraid of self responsibility. Too educated to acknowledge world history from even the last 60 years. To arrogant to believe it could happen to them.

Dude satire and reality are one in the same with the modern “left” media and political establishment.
Comedians should rebrand as psychics cuz half their jokes come true

DB Wesner said:
It ain’t the “Bill of Needs!”
Click to expand...


YEP! Sadly many gun owners even do not believe the "Bill of Rights" is really that. MANY gun owners are all in on saying the "rights" are actually privileges that law makers can decide who gets them and who does not. It's easy to see why they are slowly vanishing.

Alexx1401 said:
YEP! Sadly many gun owners even do not believe the "Bill of Rights" is really that. MANY gun owners are all in on saying the "rights" are actually privileges that law makers can decide who gets them and who does not. It's easy to see why they are slowly vanishing.
Click to expand...

Slowly vanishing *on the books*

Not to be mistaken for “from our possession”

Maybe it's "Could-ya-suck?" - the first thing he learned after he moved in to the neighborhood?


Me thinks he may know but is offended that it was brought out on the internet... 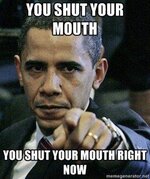 2A Scholar Explains the Second Amendment to PBS Viewers

Rimfire Challenge
Tomorrow at 8:00 AM
Canby, OR