Oh and I think I am technically obligated to post the song:

I like tequila straight and neat...maybe with a lime or salt or not...As brands...I'll try any...
Andy 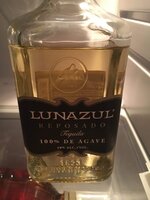 AndyinEverson said:
I like tequila straight and neat...maybe with a lime or salt or not...As brands...I'll try any...
Andy
Click to expand...


Ditto. I normally drink it straight. Occasionally, on blisteringly hot days, in the form of a TnT: Tequila, tonic water, limed wedge, dash of bitters, over the rocks. Really hits the spot when it is hovering around 100° F.


I have a bottle of just this in the cabinet. Good stuff.

Never looked at Tequila as a sipping beverage.

I did buy a bottle of Cannon Beach Distilleries Il Keyote that was definitely different from any Tequila I’ve ever drunk. 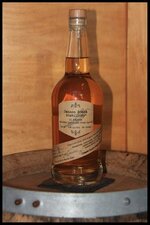 I couldn't even tell you what Tequila tastes like. Last time I had it was when Clinton was president. Now cheap light beer? That's a different story.

I like Patron and Herradura, usually in Anajeo but I'll try all sorts.

On the rocks or neat, but in the summer time, out come all the citrus fruits and get squeezed in!

CountryGent said:
I have a bottle of just this in the cabinet. Good stuff.
Click to expand...

I never liked Tequila until I sipped some of Lunazul. It’s quite good.

I drank a fifth of this one night in college. And then I started dancing.... 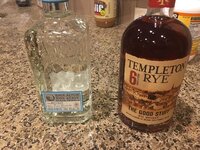 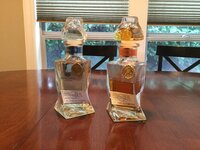 Not a snob about it, but unlike other booze types, bad tequila really hits me hard so I try to up the quality a bit.
Best I’ve ever had was the Addictivo, but I can’t find it anywhere in the states.
As for a decent “everyday” margarita (or neat) brand, the Olmeca Altos is quite nice.
Poor mans margarita...2 fingers of the Altos over a lot of cubed ice,
same amount of San Peligrino grapefruit soda, shot or 2 of Newman’s Lime Aid, and top off the glass with tonic.
Damn fine on a hot day or any night!

LUNAZUL is the best tequila I've had, I stopped drinking it I like it so much.

I'm a big fan of the silver, but reposado is also good.

My favorite mix drink is a mexican mule; ginger beer, lime and tequila in a copper mug. Tequila sunrises are pretty good too.

PS: I usually drink it straight and chase with a lime in cinamon sugar, it's an incredible treat.

308 said:
I never liked Tequila until I sipped some of Lunazul. It’s quite good.
Click to expand...


It is good stuff.

I've always liked Tequila, well, except for the really bottom shelf garbage. While Gin makes me mellow and red wine really enhances a nice meal, Tequila has always been my wild card. Good times and bad.

My father referred to his number three and four children (me and sister, respectively) out of six as, quote, "the two with the crazy in their eyes". And this was well before we both discovered this beverage. I went into the field of computational science, she in behavioral neuroscience, so at least the craziness was channeled.


No_Regerts said:
I drank a fifth of this one night in college. And then I started dancing....


Haha. This past summer when the family was gone, I made pulpo con patatas (Catalan dish involving octopus that my beloved simply will not countenance), had music blasting, drank straight from the bottle and engaged in some spirited dancing.

Quite tame from a historical standpoint, considering the antics in youth, which included said beverage, lunatic girlfriends, losing trousers, and other adventures. It is good to be older and wiser ... I think.