I have several sets of two way radios that came from a retail store that closed in the area. I thought these would work well hunting hiking and whatnot. I have sets of 6 cls 1410 with a six bay charger set up belt clips batteries and headsets for $500.
Motorola says that they go up to a 5 miles and have 4 channels. I can break these up into smaller sets with a single charger for each unit around $90 a unit.

I have a handful of the cls1110 2 channel two way radios that I can sell in sets of 2 up to 6 for $75 a unit that includes the headset belt clip and charger.
The cls 1410 requires a fcc license to use legally but I believe they’re easy to apply for on line. I’m not sure about the cls1110. 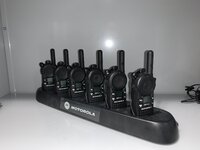 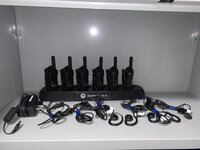 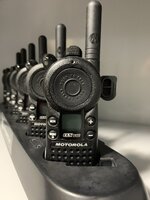