Is Iraq Any Better Now vs With Saddam?

Ura-Ki said:
One Dick Cheney, One Prescott Bush, and One Donald Rumsfeld!
Under those most honorable citizens, there have been numerous others from past Presidential staff as well as a number of Senators and other politicians, and at least one former Director of the F.B.I.
Click to expand...

People always forget that fact. Thank you for posting it. I wrote about it many years ago and talked about it too.

AFTER the 911 attacks which I will not go into GREAT DETAIL here (LOL), RUDY G. and MICHAEL CHERTOFF had ALL OF THOSE NEWER STYLE airport scanners/xray machines ready to SELL and put into service almost immediately in MOST airports.

Michael Chertoff (Born November 28, 1953) is an American attorney who was the second United States Secretary of Homeland Security, serving under President George W. Bush. He was the co-author of the USA PATRIOT Act.

As Secretary of the U.S. Department of Homeland Security from 2005 to 2009, Michael Chertoff led the country in blocking would-be terrorists from crossing our borders or implementing their plans if they were already in the country. He also transformed FEMA into an effective organization...

I wrote about that issue many, many years ago and, of course, about the NO BID CONTRACTS with the above people that you mentioned.

I do not want to veer off into another subject matter but when my MT husband's company's EXTREMELY WEALTHY - FAMOUS boss/owner who owns MANY companies in MT, in this country and around the world saw what was REALLY GOING ON in some of those ME countries - he BROUGHT some of his men home and SHUT DOWN some specific operations. That includes Iraq too.

I will be polite and not say HERE what I REALLY think of some of those MEN in power (Past/Present.) now too.

clearconscience said:
That part of the world will always live in
stone ages.
A culture and people who never evolved from an age when the world was a more brutal and simple.
Click to expand...

I'm just going to suppose that the religion itself was founded in a time of crumbling empires and societal collapse, where great centers of commerce were failing. The theology was meant to cope with this and bring a lifestyle more suited to nomadic people true to life in the region before the rise of great cities and the utilization of natural resources which were quickly being depleted.
For instance, Lebanon was once covered in pine forest that was used to build ships for the numerous empires that occupied the region. Due to deforestation and natural climate change, the country can no longer sustain such an environment and has undergone desertification.
You could say similar for the countries east of there in regards to iron and copper mining. Syria and Jordan were major sources of copper and nickel for the Egyptian empire. Their environment also suffered due to resource extraction.
Well... Iraq has oil and Afghanistan has rare earth elements used in technologies like the device I'm conveying this to you on.
The Iraq War was nothing new to the middle east...

I believe and I KNOW that the politicians who helped RUN and/or who held SHARES (Them individually or IN their family.) in those MIC companies got very, very wealthy.

NO bid contracts?! Give me a freaking break!

Same as with LBJ and HIS WIFE when it (Halliburton subsidiary.) had another name with KELLOG, BROWN and ROOT (KBR, Inc.) added to it during and before the Vietnam War got hot and heavy. Mergers, etc. Dresser Industries too.

I had a post about it here somewhere a long time ago and I will not hunt for it now.

LBJ's WIFE had major shares of stock in that one company and in other MIC companies way back when. That is a fact not some theory.

Is Iraq better off now? NO!

We should NEVER have gone into Iraq after 911.

Iraq did not attack us.

And we supported and funded the freedom fighter, OBL, who ended up attacking us and there is much MORE to that story too. NOT allowed HERE to say.

The RUSSSIANS finally figured that out about Afghanistan. NO one wins in Afghanistan! Is the C eye A using the military and other people to protect their poppy fields?! YES!

Why did Bush 2 LET the Bin Laden family FLY OUT OF THE USA when no one else was flying after the attacks? That is NOT some conspiracy theory!

The Saudi kings, princes and government are NOT friends of America no matter how much the news and the politicians want to BRAINWASH people.

ALL of THIS was and is still about power, people control, control of a region/territory or seaports in OTHER specific regions of the world, oil, all other resources, pipe lines, greed, money, more pipe lines, gold/silver mines in other parts of the world, more power, more control and MORE MONEY.

Iraq was better off with the old, dead leader and NO one will ever FIX Iraq or any other country OVER THERE. It is NOT our job to bring 'democracy' to that country or to all of the other countries around the world while we FLIP FLOP in foreign policies and play one DICTATOR/KING/QUEEN/TYRANT against another one.

STOP playing the cop on the world's beat and some savior to some country or people. They don't give a POOP about us even after we shed our blood and good military people to save them from COMMUNISM OR ANY OTHER THING.

They will just turn around and stab us in the back. Plus it costs too much in DEAD - wounded U.S. lives (Allies too.) and too much money that we need here at home.

(I would say a whole lot about Yugoslavia and TITO but it does not pertain to this post.)

I'll just point out that here in UK regular is at least $6.76 per US gallon, and that's the cheapest it has been for around three years. At one point it was pushing $10 per US gallon.
C

Does most of your OIL come from the Atlantic drilling rigs or North Sea or from Norway specifically?

Catherine1 said:
TAC,
Does most of your OIL come from the Atlantic drilling rigs or North Sea or from Norway specifically?
Thank you.
Cate
Click to expand...

It seems that this is so, but we have yet to reap the benefits, and, in fact, never seem to have done so. The REAL problem is government tax on fuel, which is currently horrendous - See -

'British drivers pay a higher rate of tax on fuel than any other motorists in the European Union, according to a new study.
For every litre of unleaded petrol bought in the UK, 61 per cent of the pump price goes to the government as fuel duty and VAT along with 59 per cent of every litre of diesel.
The research – published as (George Osborne) prepares to deliver his budget later this month – shows that Britain taxes its drivers more heavily than any other EU nation despite the government having frozen fuel duty since March 2011.'

Don't forget that we already pay 20% VAT on almost EVERYTHING except books and children's clothing.

And please. lower case for 'tac'. I'm not an acronym, except by name. 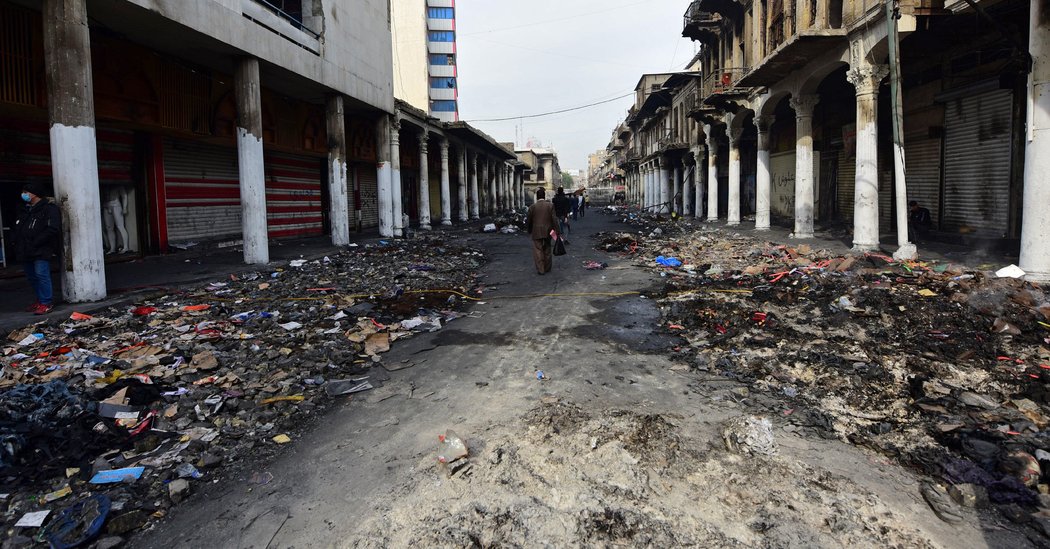 Mistakenly believing that a 16-year-old had fired on them, a mob of antigovernment protesters stabbed him to death.

Instead of a government run by madman Saddam, we now have the new replacement Gov killing civilians as well as civilian mobs killing one another.

Not saying one form is better than another and power vacuums are terrible, have the Iraqis been traded a skillet for a frying pan?
Click to expand...

The notion of bring democracy to a tribal culture unified under dictatorship is a Kafkaesque tragedy at best.
I thing they were given a sheite sandwich in hell in place of a sheite sandwich in the desert.
You must log in or register to reply here.
Share:
Facebook Twitter Reddit Pinterest Email Link