So crap...I drive this once a week and it started rough idling again when stopped, and truck eventually threw an engine code Sunday that #6 was misfiring. I replaced the spark plug on #6 cylinder and it runs a smooth as can be now with the new plug, again.

This is the same problem with #6 plug fouling as described originally below. I took the plug back to Modern Classics for their opinion and because it smells a bit like coolant, and it does use a little coolant but it always has, they suggested it needs a complete rebuild of the original Vortec 350ci (5.7L) engine to find how a tiny bit of coolant is leaking into #6.

It drives great like it did when I bought it in 2008! But, now eventually semi-fouling the #6 plug after around 1,500 miles. It's an awesome 4x4 but needs someone to care for it with a new #6 plug every once in a while, or an engine tear down.

Clear Oregon title - I bought this as a commuter truck while I was working in DC, from Moore Cadillac, in Chantilly, VA, on 12/15/2008. The sales manager said we were the second owner, and that the original owner had this truck serviced at Moore Cadillac, and was personally known to them. I explain that a bit more later.

History (we have all the service and repair print outs from Moore, and our own for you) - FULL DISCLOSURE (this may be boring):

- The original owner was from Georgia and was a Congressman in DC, so he had put 77,911 miles, and then I was using the truck to commute into DC, 45 miles each way, for the next couple of years. When we bought this Escalade in 2008, it was in such excellent condition I never asked for a Carfax...it looked like new and showed no repairs or paint work.

- Fast forward two years when we moved from Virginia back here in 2010 - my in-laws drove the Escalade cross country to Tacoma, and they had a fender bender up in Niagra Falls, NY, on the way. It was scratchs and a minor dent to driver side rear quarter because the fender bender was a glancing blow. They drove it all the back after the accident; no problems. The repairs were done at Valley Auburn Buick & GMC, that included actual painted matching original pin stripes, where the damage was.

- Getting ready to sell my Escalade, I had a CarFax report run for you, and the Escalade actually did have another accident reported on 12/08/2003, to the front end. CarFax warns the truck may have "structural damage reported." In the 13 years my wife and I have been driving this great truck, 90,000 miles worth, it drives really good and no mechanic has ever reported issues from this "structural damage" incident in 2003. That makes two documented accidents.

The semi-bad: Starting in 2018, the engine started to occasionally kind of surge at high cruising speeds, and sometimes sputter when going up steep hills. I figured bad "corn syrup - ethanol" gas, and just added cleaner to the next tank. It didn't let up right away and so we had a tune up done and that cleared things up, for a while. It started doing this again in 2019, and another shop said the plugs were kind of dirty and it needed a tune up! It then started doing this again a few months later so I took it to the Chevy Dealership in Wilsonville, and they said our distributor assembly was bad - so $1,100.00 later, and it did NOT fix the problem. So I fired the dealer mechanics after telling me I needed a "new engine"...bubblegum to that!

So I took it to the really great mechanics at 99W Modern Classics in Tualatin. I have my old Chevy pickup work done by them and wanted to see if I really needed a new Escalade engine. They said, and I knew this but I am kind of slow sometimes, that older V8's with high miles "don't like modern gas."

They changed out one plug (#6 now had a fouled code), they ran a double dose of "professional grade" injector cleaners through it, and it was fine...for about three months. It went back to Modern Classics and they again said "gunked up valves," after 150k miles, and lets try it again with the cleaners. That worked! That last treatment was 3/2/2021, 5k miles and a year ago. No codes, no stuttering up hills anymore...the old mechanic was right! So, now I do though put Red Line fuel cleaner through it every other tank...highly recommended if you have an older V8.

To summarize - this is my "gun truck." I pretty much only use the Escalade to drive the 34 miles up to Douglas Ridge. I don't need an awesome 4x4 SUV just to go up to the rifle club every week or two. I have another car to use and the fake news people say there is a shortage of affordable used cars.

Hope you can use it!

I'm in Tigard / Newberg area and can meet you down here somewhere if you'd like to see the truck and service records.


**If you made it this far, the bonus points for you are that this Escalade was Congressman Newt Gingrich, Speaker of the House, and representative from Georgia. That won't matter to most people but it was kind of funny that after we had bought the truck in 2008, the sales manager leaned over and said, "I hope this doesn't ruin it for you but that was Speaker of the House Gingrich's truck," and then the Service Manager at Moore, we were getting the tour after we bought, also said, "that was Newt Gingrich's truck - he had it serviced here for years." 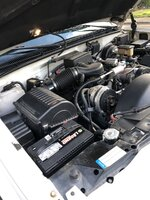 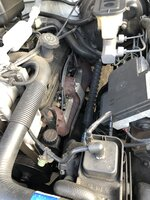 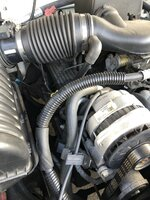 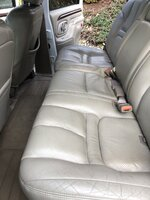 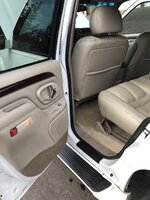 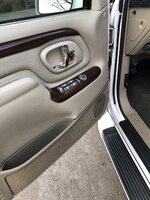 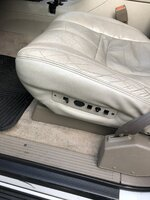 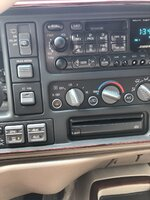 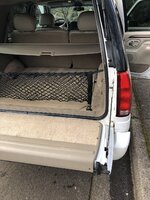 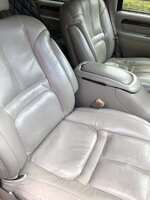 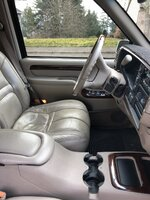 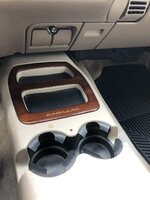 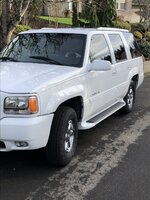 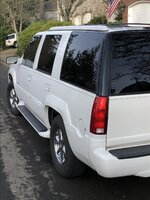 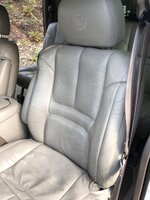