Directs Department of State Police to conduct study on reporting of attempted unlawful firearm transfers and present report on findings to interim committees of Legislative Assembly related to judiciary on or before September 15, 2020.

Who could argue with that?

But here is the problem.

All bills have a “relating clause.” This bill’s relating clause says “Relating to firearms.” This means that every single word of the bill can be stripped out and replaced with completely different anti-gun language as long as that language relates to firearms.

We believe the Oregon Democrats are playing “hide the ball” with gun confiscation bills.

While they are required to give advance notice of hearings on bills, they have almost no requirements to share information on “amendments” until, quite literally, the very last minute.

We think that could very well be happening with this bill.

Unless the Senate Judiciary Committee shares other bills they plan to hear (and they are running out of time to do that) it appears they will be holding a hearing on this bill and not allowing Oregonians to know what “amendments” they plan to introduce to make this an extreme anti-gun bill. Of course, the point of this would be to prevent you from knowing their plans so you would have no time to prepare arguments against them.

This is this the worst type of deceit.

If the Democrats decide to share what they will be trying to ram through on April 2nd we will let you know. But for now it seems they are determined to keep it secret so you cannot prepare a response.

If you can be at the Senate Judiciary Committee Hearing at 8 am on April 2nd, your presence would be incredibly important. You will have to be prepared to testify on changes to the bill that will have been kept secret from you until the last minute. But that is how the Democrats roll in Oregon now.

Please come. Please be ready. And please understand what an underhanded game the Oregon Democrats are playing.

Here are the amendments https://olis.leg.state.or.us/liz/2019R1/Downloads/ProposedAmendment/14732
B

This bill is comprehensive and pretty bad in general though. I really hope this gets killed before reaching the governor or watered down at the very least.

This bill is comprehensive and pretty bad in general though. I really hope this gets killed before reaching the governor or watered down at the very least.
Click to expand...

Still a trash bill that needs to be killed!
B

Rest assured, they will be back for those in two years.

By the way, I'm thankful for all the information being provided here, but there are like 3 or more separate threads on this topic right now. I would like to see them combined if possible - saves hunting through them all separately.

Here are the related threads (maybe OFF ALERTs don't count, but still):

I did not read it in detail but one factor stuck out: unfinished receiver? No description of size, shape or function. Could be applied to a block of metal. can't be serious. The Feds at least describe one as the percentage finished. This would be a disqualifying fact of this clause. Any one testifying on the 2nd should use this----or, wait 'til it's passed and then shoot it down.

I was an inspector for a large A/C manufacturer and during modification of an experimental model, a part was found to be too wide. the engineer issued an order to "remove 1/2 inch from the part" when I asked to approve the rework by the mech. I asked to see the 1/2 inch, of course it had been discarded and it took a while before the supervisor, the engineer and the mech had finally realized I had no way to verify if the part met the drawing with out the only part dimension specified. Engineer added the dimension of the remaining part so that we could conform it to spec.

This seems like the same type of riddle. hope this story helps in defeating the unfinished description of the "unfinished receiver"
OP

Is this an Unfinished Receiver? 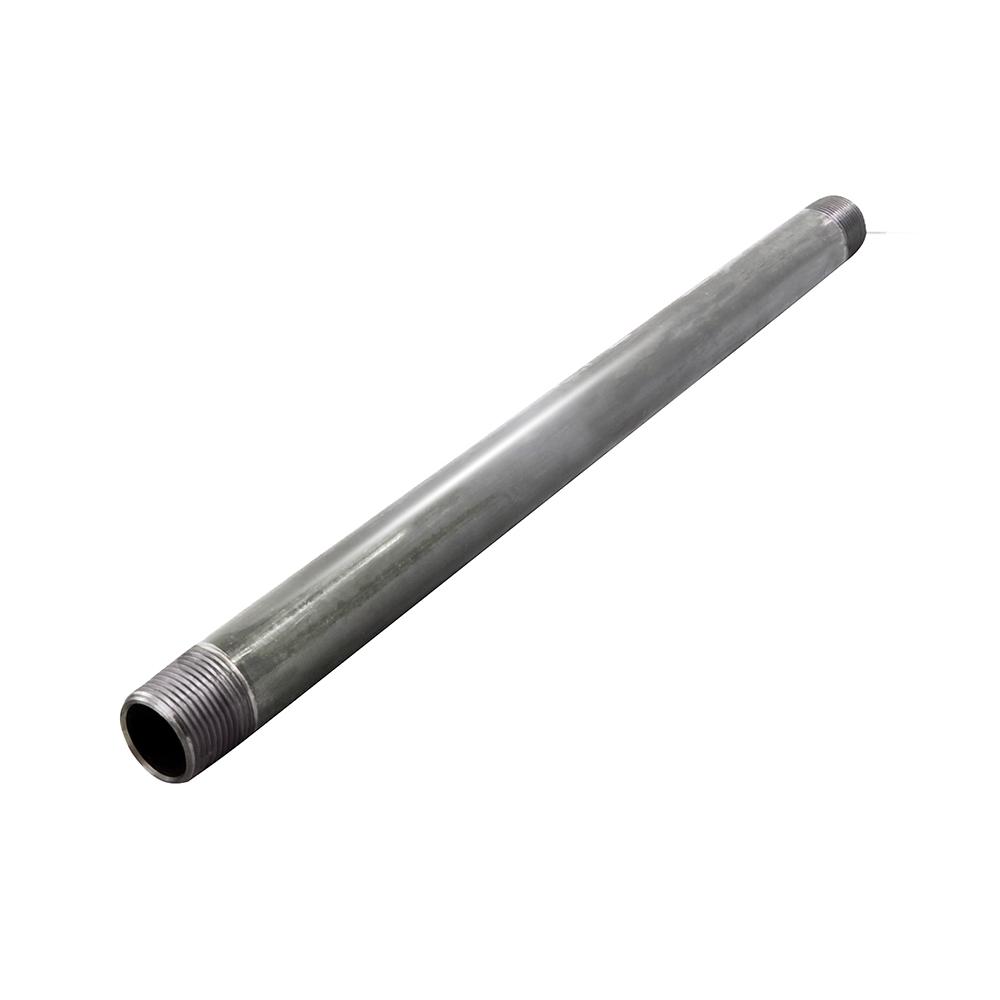 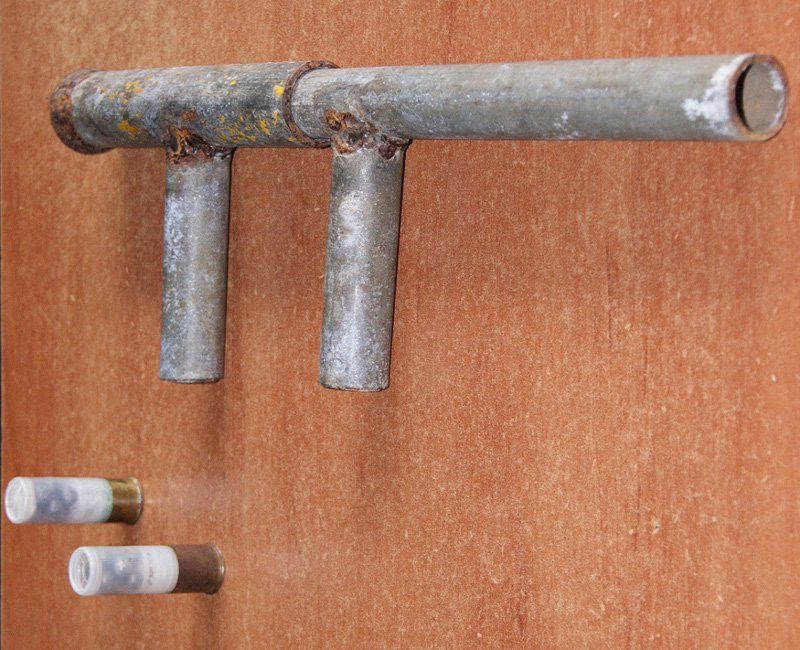 Nick Burkhardt said:
Rest assured, they will be back for those in two years.
Click to expand...

Or possibly as soon as April 8th. From the OFF ALERT:

This is not the end of it. Floyd Prozanski is planning another anti-gun bill to be heard on April 8th where, not doubt he plans to take away whatever he missed on this bill.

As amended, SB 978 will outright BAN possession of 80% lowers and firearms manufactured from them with a felony crime if convicted of possession! I don’t personally own any such items, but those of you who do should be aware of this.
T

“SECTION 10. No later than January 1, 2020, the Oregon Health Authority shall adopt rules establishing the minimum specifications for trigger locks, cable locks and containers equipped with tamperresistant locks required by sections 6 and 7 of this 2019 Act.

What? Why is the Oregon Health Authority doing something that law enforcement should be determining?

tiggers97 said:
“SECTION 10. No later than January 1, 2020, the Oregon Health Authority shall adopt rules establishing the minimum specifications for trigger locks, cable locks and containers equipped with tamperresistant locks required by sections 6 and 7 of this 2019 Act.

What? Why is the Oregon Health Authority doing something that law enforcement should be determining?
Click to expand...

A part of their ploy is that "gunviolence" is a medical issue and gun ownership is a mental disorder.
T

JadeFox said:
A part of their ploy is that "gunviolence" is a medical issue and gun ownership is a mental disorder.
Click to expand...

Then then need to go thru the process of qualifying it as a "medical device". Not a quick thing to do.
G

I'm getting tired of this crap. I will not comply with any of it.

1 I don't think it's anyone's business what anyone makes for there own personal use
2 I already remove the firing pin, bolt or striker from my firearms not in use.
3 my ccw pistol is in a locked box tethered to my seat bracket when I'm not "allowed to carry it.
4 I conduct my life in a way that doesn't interfere with anyone's day to day life & do my best to avoid conflict.
5 I'm probably just going to move if this bubblegum passes or is upheld by law enforcement.
I'm just tired guy's. Lol anyway there's my rant thanks for posting this information.
T

Defense Minister said:
As amended, SB 978 will outright BAN possession of 80% lowers and firearms manufactured from them with a felony crime if convicted of possession! I don’t personally own any such items, but those of you who do should be aware of this.
Click to expand...

Section 16 of the bill:
I have to read it thru again, but it sounds like it is banning 100% plastic gun under the definition of "Undetectable firearm". Otherwise it would need a “Security Exemplar” to indicate it is a gun. It refers to federal law 18 U.S. Code § 922 as the definition (quoted below). This is unneeded as there is already a federal law covering it since 1988 (Undetectable Firearms Act of 1988. All "plastic guns must contain a "Security Exemplar"). The basis of the law was a result of fear by gun control advocates and a mythical Hollywood created Glock 7.

Never mind the mass hysteria that ended up not being true about "plastic firearms"; they can be seen in xrays and body scanners without issue. And are large and bulky to try and conceal, or otherwise unsafe to fire.

And the use of the phrase "Downloadable firearm" is also a misnomer. People have been able to do that for years. It's call "blueprints", never mind the 1st amendment issues surrounding it. It speaks to a lack of understanding of the subject.

Serialization is also a current law. You cannot sell your home-made gun to anyone else without serialization (18 U.S.C. 923(i)). Redundant. And this is besides the point that Law Enforcement hasn't really ever solved a crime by tracing firearms, other than an "huh, that's interesting".

I am not sure what the phrase ""A piece of material that has solely had its chemical composition altered" means.

It does sound like they do want to treat "unfinished frame or receiver" as a firearm for any new purchases, banning homemade gunsmithing. I wonder if Home Depot is going to get into the NICS background check system?

Here is an example of an unfinished receiver. 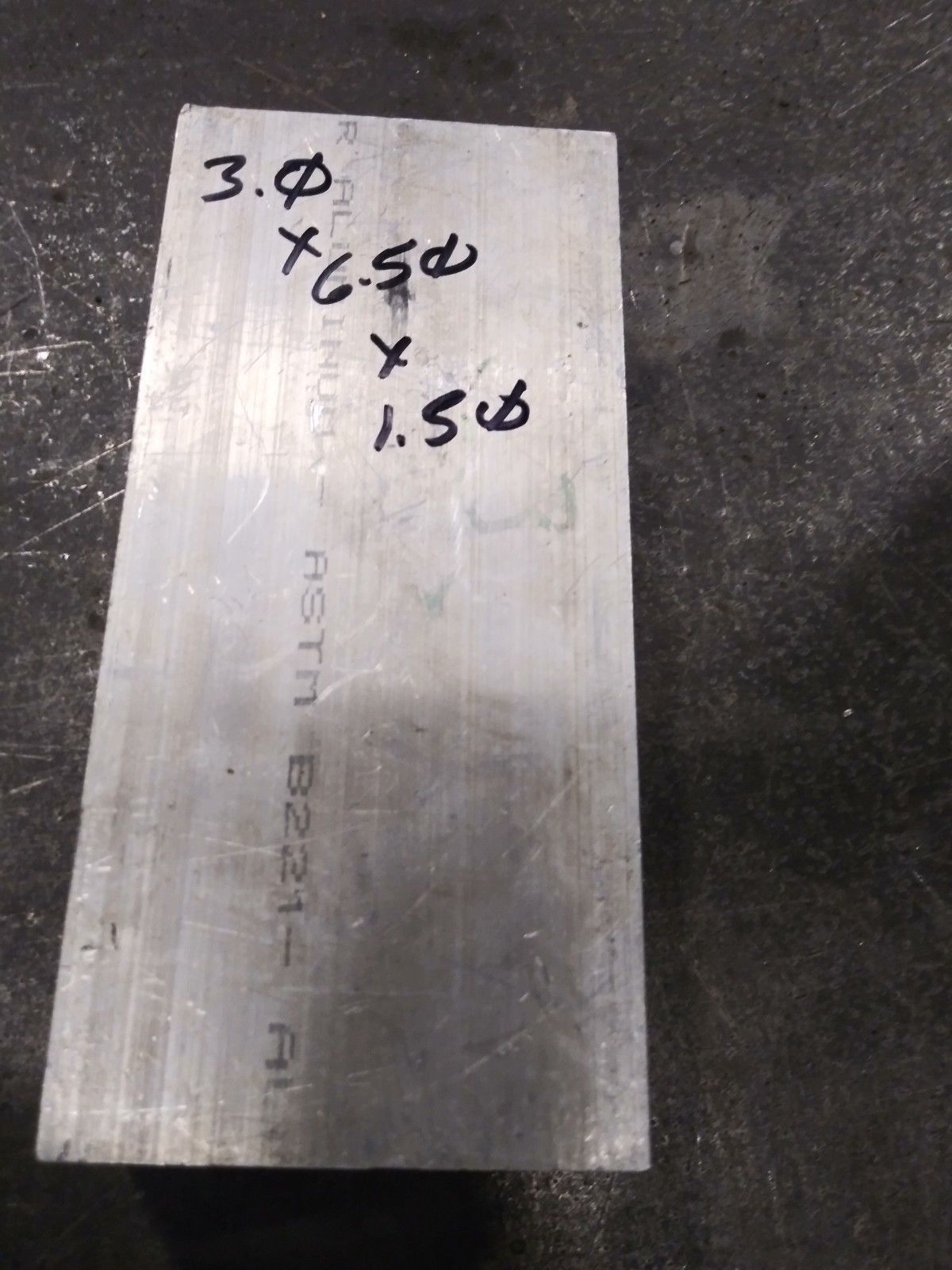 It is really frightening having laws written by children and based on Hollywood fiction. The "people", "legislators", "political masters" who hold the reins over our existence are insane. SB978 is written by insane people. Why not just throw in kitchen utensils while they're at it?
K

I am so baffeled by this nonsense I wouldn't even know what to testify other than "you're an idiot and you don't know what you are talking about".

and how about, being held responsible for what a potential next owner does with HIS gun once you sold it to them and didn't give them a triggerlock with it. But well...In a country where the bartender is responsible when someone drives home drunk, I am not surprised one bit. I guess I'll start blaming other for my questionable actions too from now on.
You must log in or register to reply here.
Share:
Facebook Twitter Reddit Pinterest Email Link