Guess I have to

Um… well… I’ll just put something here and if anyone cares to guess or add. That could be fun.
Introduction threads (no offense) to me feel like “hi my name is Jim and I am an alcoholic”

Guess if I have to then.

"Well, it got so that every piss-ant prairie punk who thought he could shoot a gun would ride into town to try out the Waco Kid. I must have killed more men than Cecil B. DeMille. It got pretty gritty. I started to hear the word 'draw' in my sleep. Then one day, I was just walking down the street when I heard a voice behind me say, 'Reach for it, mister!' I spun around, and there I was, face to face with a six-year old kid. Well, I just threw my guns down and walked away. Little bastard shot me in the bubblegum. So I limped to the nearest saloon, crawled inside a whiskey bottle… and I've been there ever since."

Check out the organized clean ups. It's the best way to meet the community and learn where and how to use public lands responsibly.

If you really want to get involved in community action check out Trash No Land. 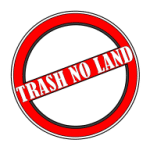 What In The Wide Wide World Of Sports Is Going On Here?
Nice Intro, Welcome to the New Deputy Sheriff of Rock Ridge, might wanna pass on the Beans!!!

Dang that was lucky, Darn near lost a 400 dollar handcart!

Ura-Ki said:
What In The Wide Wide World Of Sports Is Going On Here?
Nice Intro, Welcome to the New Deputy Sheriff of Rock Ridge, might wanna pass on the Beans!!!

Dang that was lucky, Darn near lost a 400 dollar handcart!
Click to expand...

Waco Kid, eh? I'm from Texas and used to live in Waco. Think I met you once ... Cannot remember the name of that saloon any more.

Welcome to the Forum. It's a good place to be.

That was one of the better introductions I've read, Farmdaddy! 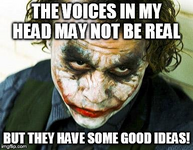 It’s the new left handed door mod, keeps the beer safe.
It’s a prototype defense mechanism for the loud guy that comes over and leaves half empty beers everywhere.
Haven’t gotten past the glitch where same dude ends up passing out drooling on the door handle.
Working on 1.1.2 RN
Second version was one of the new suction cup reversed deals, but same dude just ended up passing out stuck to the fridge standing up.
Nobody wanted to move him, party fell apart pretty quickly after that.
Woke up later that night to some guy who kept banging my fridge door… think he was really thirsty?
Don’t ask don’t tell I guess.

T
Hi, I live in Sequim, Wa. and restore old worn out guns that have seen better days!

My how things have changed…

Well, I guess this is on the to-do list.