Bear in mind, I live in the sticks, in a county with epidemic levels of poverty and drug use. Property crime and home invasions are constant. Where we are situated, unless it is a delivery, family, or invited individual, there is a huge chance it is a drug-addled jackass up to something.

So, I came home from work, and the alarm system had the "I can't communicate, reset me" thingy. This has happened a bunch of times over the years and nothing came of it so I cycled it. About 45 minutes later, I'm sitting here in my home office and I hear multiple vehicles roll up fast, a bunch of footsteps outside, and an at least one man's voice. (I'm expecting my wife and children home any minute, so initially the engine noise in the distance wasn't a surprise, but when it got closer, there was no way it was her Jeep, and the first human voices in such an event is a woman and two toddlers.) I grabbed a piece, stuffed it in a waistband, but under a shirt, peeked out the door to find two rather tall Deputies yelling "Lets see your hands! Keep'em in sight!" From his demeanor, I'm pretty sure the one in the front could tell I was packing.

Naturally, I complied. After which things got cordial. Apparently the alarm sent an erroneous signal, they were called, yadda-yadda. They checked my ID to confirm I am the home owner, suggested I call the alarm company, and were on their way. All good, but for a second there ....

P.S. I've been meaning to upgrade our camera system and install a monitor in my home office. I do believe this will be done real soon; both to see good guys coming, as well as cretins.

P.P.S. Every other time the alarm was tripped, ADT called me and my wife. No call this time. Something went sideways with the tech. Calling them now.

Agreed with that. They were both professional and friendly during the visit. No complaints because, frankly, if I was them I would have responded the same.

Just got off the the horn with ADT. They saw a failed communication followed by the panic alarm being sent. They claim they call once on that. No such call came in to mine and I had my phone with me. I don't know; my hunch is a systems failure of some kind.

Glad you are safe, that could have got hairy fast!

Dang! Have ADT resolve that problem ASAP, all kinds of ways that could have gone sideways, on top of the waste of LEO time/resources...out by you all where they are allready excruciatingly tight resourced.

We’ve had pretty decent support/service using simpli safe. Dunno if you all have consistent & reliable cellular & internet out there though. Can use cellular alone though (that’s what we do, as no internet at home). Works fine in power outage as well. Has its own battery backup, plus I hooked it up to a bigger UPS.

Just the other day one of the regular smoke detectors was chirping (all batteries changed in them at daylight savings).

Couldn’t figure out which one, so hit the “test” button on the SimpliSafe one nearest, just to see if it was that one, or not. They called immediately, stated they had received a test signal & was everything all-rite? Explained what was up, & they mentioned which zone that particular smoke alarm was in, to be helpful. Kinda impressed!

Gave the kiddie brand detector a few shots of canned air, turns out it was just dust causing the chirp. 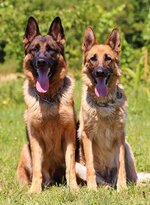 So went to south Carolina a year ago.
To my friends house .
He was still at work his uncle picked us up at Airport.
He gave us alarm code .
But we could not get the alarm to turn off.
I went out side a stood in the driveway.
While my other friend was on the phone with the friend that is the home owner.and the alarm company.
Mmmmmmm .
They said later why did you go out side.
Lol I said because when the cops show up I want them to see me lay down in the driveway UNARMED.

Wife is home and we double check on how to do the "panic button". There is literally zero chance I did that key combo whilst hitting the reset. I got no call on my phone (primary) though the wife's (secondary) did like 15 minutes after the LEOs were on their way. So my theory that the tech went to caca remains. Oh well, all's well that ends well. 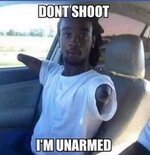 I have Simpli Safe and like the cellular aspect of it versus the hard wire. Too many chances of something to go wrong with the hard line and have it fail completely. I dropped a glass on the counter a couple days ago and the glass break sensor went off, had to enter the code to kill the alert.

The ADT service we have is cell based. We've been happy with it over the last six years or so. Today's incident, however, was ... different.

I got a call from ADT telling me that my friends house alarm was tripped and they couldn't get a hold of him and since I was his designated backup they contacted me. I asked what had set off the alarm and they said it was the back door.
I told them I would head over and check it out and to call the cops as I was 30 minutes away.
I got half way there when ADT called me back and said that it was taken care of.
Seems my friend had drank that fluid you take before a colonoscopy and than decided to go to the store.
He didn't make it very far before he rushed home and ran to the bathroom without stopping to turn off the alarm.
The cops thought it was pretty funny.

jbett98 said:
Seems my friend had drank that fluid you take before a colonoscopy
Click to expand...

There's your problem, right there.

Time to buy the dip?