Caliber
Other / Not Listed

For sale I have a Martini-Henry Mk IV made at the Enfield factory in 1887. Unfortunately the markings on the receiver are faded but they do show up in the light. Interestingly, there are no Nepalese or out-of-service markings on the metal, which you typically find on these guns. There is a "Rawalpindi" roundel stamped on the stock in addition to some Sanskrit/Hindi characters and a date of 3/1908, likely when it was retired from service. There are also many V.R. (Victoria Regina) and War Department proof markings all over the metal.

Bore is in fantastic, like-new condition and no pieces or parts are missing. I did a full disassembly of this gun and got as much dirt and crud out as I could from the small parts. There was a ding in the stock near the butt plate that I thought was a crack but actually wasn't. Ironically the only crack isn't in the stock itself but in a wooden plug that was crudely inserted into the hole where the lever retaining cup would have been for the shorter levers seen on older Martini-Henrys. This does not affect the function of the gun nor would it be made worse by shooting but I have applied some epoxy anyway.

This comes with collectible 1940s Kynoch .577/.450 ammo if you're interested. Four original boxes, three with ten rounds, one with seven. I don't recommend shooting it due to its age but it is quite cool to look at, with paper patches and all.

I can meet in Corvallis, Albany, Philomath, Lebanon, Independence, Salem, or Eugene. I am willing to come down on the price if you can meet closer to me (Corvallis) or if you're not interested in the ammo. This gun is legally classified as an antique so no FFL or background check is required.

Not interested in trades currently. Feel free to ask any questions and thanks for looking. 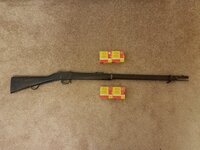 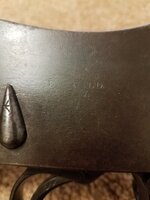 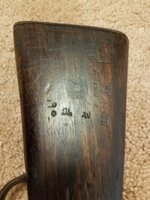 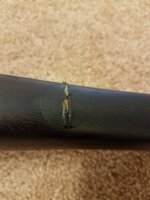 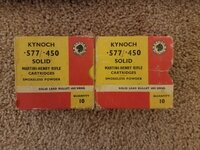