Killer story, thanks for sharing. 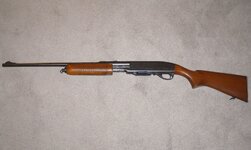 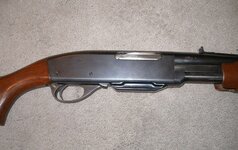 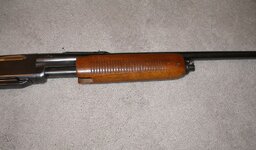 I got some Hornady new brass for it. Also some 200 grain spitzer bullets by Hornady. This rifle has a very short throat. Many Hornady rifle bullets are of the secant ogive design. That is, they have a short, straight section to the bullet before the curve of the ogive begins. I've had issues with secant ogive bullets and short throats one time before. The Remington-made spitzer bullet (for example) is of the conventional (tangent radius) ogive and presents no problems. When seated to the cannelure, the secant ogive bullet bumps the leade of the rifling. But we're only talking about approximately .010 so my solution is to simply seat the bullet a taste deeper than the cannelure and use the Lee factory crimp die on it to secure the bullet. Which is not a common practice of mine, but as I've said before the Lee F.C. dies do have some utility in exceptional situations.

I also had some Hornady 180 grain HP/XTP (#35771). This is a revolver (or T/C Contender) bullet. There is data for .357 Magnum and Maximum. I wouldn't want to use it in my Smith & Wesson revolvers, a bit on the heavy side. Hornady doesn't show any current data for this as a .35 Rem. bullet. But some people have used it for such and there is old Hornady data for it in .35 Rem. I loaded up some using H-4198 and came up with some good shots. The 180 gr. revolver bullet is .001 smaller than the .358 rifle bullets but didn't seem to make any difference in my shooting.