Selling a 4.5" MPX pistol.
Was a blast to shoot but I have decided to go a different route with a new suppressor I just got released to me.

MPX has less than 1000 rounds through it. Everything is stock except the charging handle that I upgraded with an MPX radian raptor CH.
MPX comes with original box and (5) OEM 30 round magazines.

Asking $2000.
Buyer pays fees. Transfer to be done at A Cut Above Pawn. 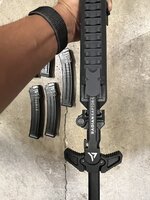 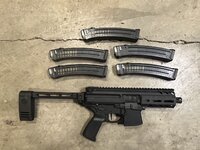