This ad is no longer active
B

CZ Model 455 bolt action rile. It has two interchangable barrels, one for .22LR and another for the Hornady .17 HMR. The rifle is a full size bolt action of renowned CZ accuracy. Beautiful walnut stock and blued action, this is generally not a beginners rifle. (The scopes shown are not included). 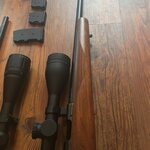 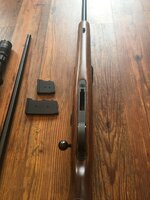 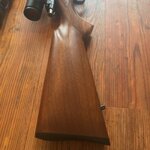 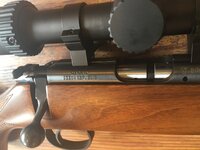 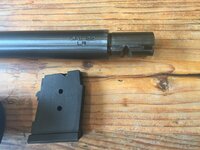 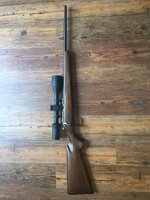 I purchased this rifle brand new at Sportsman’s Warehouse in Vancouver, Wa. about five years ago. I also purchased two sets of Warne all-steel quick detachable 1 inch scope rings (made local in Oregon), in order to quickly change between .22LR and .17HMR.
The rifle includes the original .22 magazine, and I purchased a five shot and a ten shot .17HMR magazine which are included as well. The rifle has factory sling swivels and I will include a nice sling as well. Also included are five boxes of .17 HMR ammunition.
I have all the original box and paperwork that came from the factory.
I fired the rifle one time from the bench trying both barrels with typical CZ accuracy. The rifle was cleaned and put away and never left home again. Due to the sudden onset of health problems, I will not be going back into the field.
This model has been discontinued by CZ to the disappointment of many shooters. This rifle is no longer available except on the used market. I see them on auction on Gunbroker at high prices today. I will try to sell local before I list it there.
The rifle has a light scratch on the butt which may be seen on the photo. It occurred inside of the case. A total of 20-30 .22LR rounds were fired through the rifle and perhaps 20 rounds of .17 HMR on its only trip to the range.
The rifle is sold as is, cash only. Viewing/transfer will take place at Safe Fire range in Camas, Wa. (By the way, although I do have two scopes that are in the photos for this rifle, they are NOT included in this price. They are available for an additional amount.)

GLWS! I have this same gun but with all 3 barrels (the 2 you have plus the 22 WMR barrel). Great shooter with super easy caliber changes. Turkish walnut stock is excellent quality. Highly recommended. Great rifle for someone…
F

This is a great offering! GLWS BTW would you clarify....is this the Varmint model or the American. Can't tell the barrel contour from the pictures....Thanks

ON THE ROGUE RIVER!
Bronze Supporter

looks like the american but not sure??? The variminter that i had was more of a straight heavy barrel with minimum if any taper and this looks to taper but also seems mid weight??? Not sure why it wouldnt be considered a Beginners rifle vs any thing else? LOL!. Im thinking on this one...if i can get up there this next week to do it.

gprippers said:
looks like the american but not sure??? The variminter that i had was more of a straight heavy barrel with minimum if any taper and this looks to taper but also seems mid weight??? Not sure why it wouldnt be considered a Beginners rifle vs any thing else? LOL!. Im thinking on this one...if i can get up there this next week to do it.
Click to expand...

Bergara B-14 With Many Upgrades, Hard case, and mags