Just cleaning out the ammo storage and have some ammo I no longer have firearms chambered for and thus find the money more useful. Tried to price it all lower than the going rate.

750 rounds of .22LR, some standard velocity Federal, and high velocity Peters, all of it round nose, rather than HP. $15 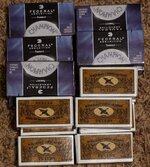 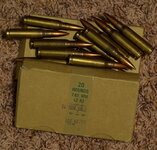