Model 1867 Swedish Remington, known in Sweden as the Remingtongëvar. Caliber was originally a rimfire known as 12.17x42R but this one was converted by a civilian owner to centerfire which was known as the 12.7x44R. Bullet diameter is .515" so its a .50 caliber but is somewhat lessor than the U.S. .50-70 Gov't cartridge. It fires a 345 grain bullet with 75 grains of blackpowder.

They are exceptionally accurate rifles that were favored over the later smokeless 1889 rolling block rifles by Swedish target shooters. This thing will bang the gong all day long at 200 yds without blinking.

This particular rifle is a sub-variant known as the 1867-74 due to the re-calibration of the rear sight to meters and a new higher comb buttstock design that is way superior to the original Remington 1867 design. Shooting this rifle just once is more fun than a whole magazine from a Ar15. Been there, done that 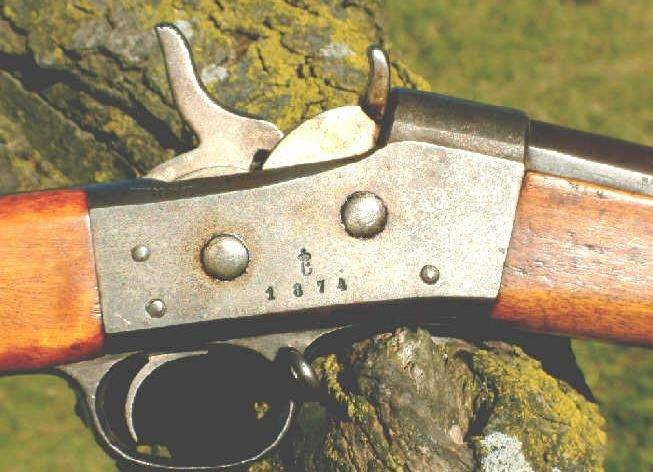