The is the adjustable sight version, and the elite adds an ambi safety and an upgraded finish. I added an EGW fitted barrel bushing and taller plug. Shoots better than I do, and these are popular for conversion into bullseye pistols, they are also no longer made. The EGW bushing makes it very tight, you will need a wrench to take it apart. I also will include the original bushing so you can convert it back. Comes with 1 mag.

Asking $750 for this, and shipping is available. 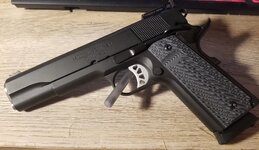 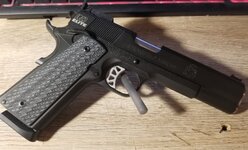 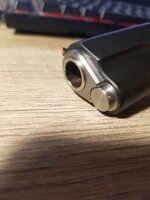