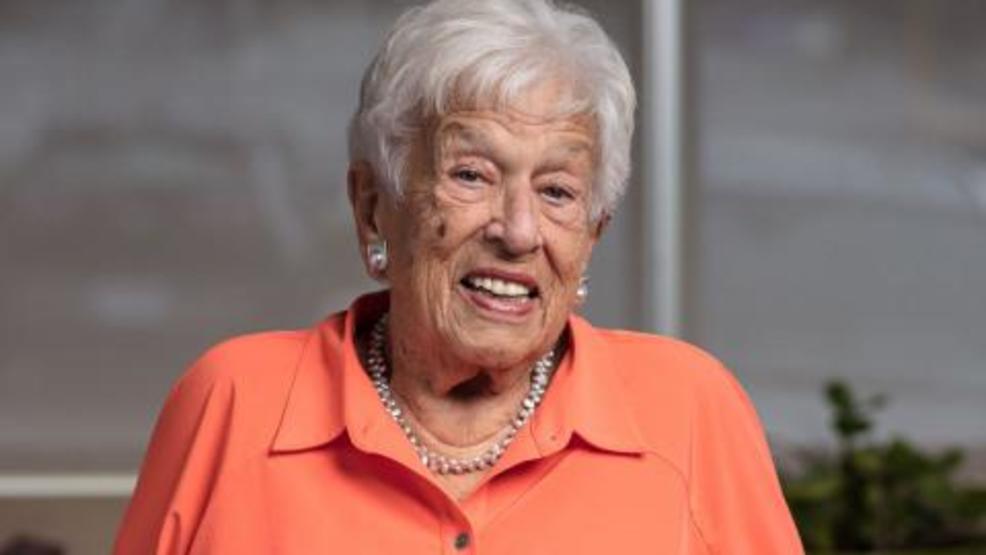 Columbia Sportswear’s longtime chairwoman Gert Boyle, known as “One Tough Mother,” has died at age 95, the company announced Sunday. Gert Boyle was born in Germany and escaped the Nazi regime in the 1930s to find refuge in the United States as a young girl. She helped build the Columbia...

The one with Tim in the car wash. He apparently really didn’t want to do that.

She was a very nice woman.

I met her once in an airport. I was sitting reading a book, she was walking towards me and sat down next to me. there were a couple of business suit wearing dudes, trying to drum up business with her following her, while she was waiting for her flight. She looked at me , then looked at them, shook her head, and told them she needed some time to herself. She talked with me for awhile about her business, and her famous commercials. We were on the same flight, and had to walk down stairs to get to the ramp, I carried her carry-on luggage for her.. ( not that she needed any help.).. She seemed as tough in person back then, as in her commercials.

I've known several Columbia project managers, who worked directly with Mrs. Boyle. To hear them speak of her, she was an awesome woman.
Even into her 90's she came into the office.
God Speed.

I had to tow her car about 8 or 9 years ago when she was in a traffic accident heading home from work on Hwy 26. She made it about a mile and half from their HQ when she was involved in a fender bender. IIRC she was driving a BMW X-3 SUV. It was late evening at that point, and Rasmussen BMW downtown was closed. Her grandson was on scene with her by the time I got there. He told me to deliver the vehicle to BMW service, when I mentioned that the shop was closed he said "Grandma made a phone call, it'll be open for you." - and it was Some poor sales schmuck got called in just to open up the building, so I could park the car inside their service bay. Gert's car couldn't be left outside with the keys just put in the key drop. She was very pleasant to deal with, a bit shaken up from the accident, but pleasant.
G

Her office was on the corner of the third floor by a stairwell. Tim’s office was one down from her. The way he tells it, now he’s in his 70s, is that he loves golf and sometimes liked to knock off early and sneak out to play a round. But every time he tried to sneak past her office, she’d look up and give him the stink eye till he went back to his office.

She believed in her company and her people she treated people well and asked hard work in return.

She came to the US as a refugee from Hitler with a palette of possessions and the $20 dollars the Nazis let them keep.

She cared passionately about women in business and honesty and integrity.

I can’t tell you another person that really walked the walk like she did.

She will be very missed.
OP

I am watching reality TV, and Columbia Sportswear ran the commercial
where Gert runs over her son on a Zamboni
Awesome!

Great stories. I never knew anything about her. Honestly I thought she was a dude for a longtime till I found out he was a she.