Would you upgrade with our military?

To counter the hype from the US Army.


The opinion(s) expressed are those of the producers/creators of the video.

Seems like we will always fight a current war fitted for the previous war.
N

I saw a video saying the new cartridge needed to complete with the combloc rounds at long distances. So, there already is an available round good for long distances? Seems to me the answer is here somewhere.

I think we should pick our wars better.


The opinion(s) expressed are those of the producers/creators of the video.
Click to expand...

That guy isn’t too swift... factual mistakes, apples to oranges comparisons. Like, oh, the new rifle weighs more with a suppressor on it than an unsuppressed M4?

Apples and oranges.......sure, they ARE different rifles.

The complaints......
Too heavy.
The need to carry more ammo.
Too long barrel (for getting in and out of the APC).

And, as I mentioned before......
The additional cost to the taxpayers is a concern to me.

LOL......the additional parts/complexity etc..... example: left side folding charging handle, the need for a cartridge assist, the need for ambidextrous controls, more openings in the receiver for dirt/possible malfunctions, etc...... etc..... And then....only a two position gas switch? Why not 3, or 4, or 5? LOL.

The complaints......
Too heavy.
The need to carry more ammo.
Too long barrel (for getting in and out of the APC).

And, as I mentioned before......
The additional cost to the taxpayers is a concern to me.

LOL......the additional parts/complexity etc..... example: left side folding charging handle, the need for a cartridge assist, the need for ambidextrous controls, more openings in the receiver for dirt/possible malfunctions, etc...... etc..... And then....only a two position gas switch? Why not 3, or 4, or 5? LOL.

PS.....Nato. Yeah, I remember when the M193 (and the current cartridge) wasn't a "Nato Standard"? And so? Yeah.....just be ready to force this new cartridge down Nato's throat.
Click to expand...

Obviously they are different rifles, but when that guy makes an argument about weight using figures where one rifle has a suppressor and the other doesn't - particularly when both often are/would be run suppressed - um, that's just sloppy work.

It's almost as silly as Disco Stu talking about disco music. 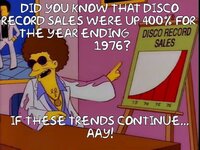 This new rifle reminds me of the FBIs 10mm debacle. Maybe this will result in a new inbetween rifle round... um....

Focus on the higher in command. Not the weapons. But we don’t like to focus on the true problem in America. We just like to spend money. And create contracts to make politicians rich.
Last Edited: May 11, 2022

Well.......the new rifle will be kitted out with the suppressor. So.....it will probably almost always be attached to the rifle. And as it's more than likely, that the individual soldier will be responsible for it (as well as any other issued high value equipment). Yeah, except for battle loss or other remarkable circumstances.....guess who gets the bill when it goes missing?

A standard infantryman today does NOT get a suppressor as standard issued equipment along with their M4. So then......the overall length and weight of the new rifle w/suppressor vs the old M4 (no suppressor). Compare both platforms as USED (will be used). Why is that an unfair comparison?

Speaking simply.
New vs old. I'd venture to guess that most would say that "within reason, less weight is better and more ammo is better."

PS.....I also hope that someone did some "lethality testing." Remember the complaints when the M4 with M855 was first fielded?

I think it will take more than a minute to really prove itself out long term viable or not, so I won't be upgrading anytime in the near future. What I am looking forward to, though, is all the 5.56 surplus ammo that will be flooding the market sometime in the next couple 2 or 3 years and stocking up when the prices bottom out.

Not FAL or AK. No thanks.

Our Commander and Chief.

This made me laugh, because if your new wondergun makes it to "Forgotten Weapons" before it's even issued that might not be a good sign

As has been mentioned I'm not sure "Upgrade" is the proper terminology.

DOD's explanation may be real and have merit or it may be pure politics and there's no way that we will ever know given our bloated and dishonest bureaucracy,.....

By my design, with the exception of .22LR and 357/.38SP, all of my firearms are of military caliber. (This includes Warsaw Pact too!)

I never wanted to own a firearm that I could not easily find plentiful, relatively reasonably priced, ammunition.

But I have been able to maintain a reasonable stock of ammunition which I have always been able to purchase at a better price than his ballistically superior calibers. I had to laugh, a little, when he realized that it was just too expensive to shoot his .40 S&W,.....And he finally purchased a 9mm that he can afford to become proficient with and maintain a stock of.

Given that this decision was made at high levels in our Federal government I suspect that there is more to this than just outfitting our armed forces with a superior round.

Just an outrageous conspiracy theory but, knowing that the AR15 is the most popular rifle sold in the USA what if the supply of .223/5.56 just dried up? No need to outlaw a firearm that people can no longer buy ammo for, right? Granted it would take a few years for the supply to dwindle, but they have time to run the long con.

I posted this elsewhere. I think it fits better in this thread. I believe the Freedom Days event is traveling to other ranges...if you want to give one of their new offerings a try. Jump ahead to the 1:25 mark to see the

This event was in North Phoenix at the Ben Avery Shooting Facility.

R
Tribute to Our Military Heros

2nd Amendment Rights for our Military?
2

Jun 12, 2010
MikeSettles
U
Wrecking operation aimed at our military.