I've been researching quite a bit but can't find a definitive answer to the following question:

I have a 10/22 Carbine with a 16" rifled barrel and a Samson folding stock. I would like to install an adjustable-angle foregrip that can be secured at a fully-vertical 90° angle. Is this prohibited by the ATF and/or State of Oregon? 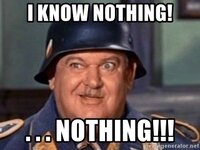 BUT, But, but.....I'm NOT here to give Legal Advice. So you'll have to look it up or contact your friendly BATF Office.

The Legal Brief is a feature of TheGuncollective.com that focuses on firearms rules and regulations. In this Legal Brief video, Attorney Adam Kraut explains key State and Federal regulations governing firearms, and explains how to ensure compliance with all applicable laws.

I believe it is 26" even when folded (if not I'll pin it). And yes can definitely be fired with the stock folded.

I'd assume that....... a major manufacturer of a replacement stock....... would market stuff to the general public, that would be a swap in/out. Well, that's how I'd do it. In other words.......I'd assume that it was a simple and legal swap.

But, as for the LAW (and the verticle grip)? Yeah.....laws can vary from location to location (say jurisdiction to jurisdiction). So......you'll also be wise to not only research Federal Laws but your State and Local Laws too.

See how that works?
Like a 10 round or say a 30 round magazine law. Yeah.....various "hi-cap magazine" laws. But then......maybe you're only allowed/limited to have 8 rounds in it while in public (in some jurisdictions). Or even less than that, while hunting.

Why? If they're anything like my Doctor's Office (Urologist)......they won't answer. Must be pi$$ed off about something. lx563pss said:
I believe it is 26" even when folded (if not I'll pin it). And yes can definitely be fired with the stock folded.
Click to expand...

Then it is a rifle with a legal OAL and a legal barrel length, and you can pretty much put whatever you want on it, including any kind of fore grip, including a vertical grip, anywhere on it.

BTW.....I was thinking about CA. That "vertical grip" might just be considered to be a "forward pistol grip" by another name. So.......yeah CA. And they might just consider your Ruger 10/22 as NOW an "ASSAULT WEAPON".

PS...things are changing quickly. So, stand by......to be confused even more.

National Can I legally Convert A Shotgun To A Rifle?