It looks like Antifa is picking up another cause (please leave cause unmentioned to avoid thread lock). If you weren't already avoiding areas they frequent, you may want to consider doing so now (unless you crave confrontation).
Read More

Instead of the bat signal I look for the karen signal for areas to stay away from. The first summer of rage I recall being termed such, was 1965. Various civil rights or anti Vietnam War groups became active. Turbulent times then & now.

biden is a Mentally Incompetent Senior Citizen. Not a President. So there's that. 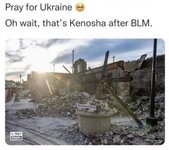 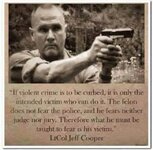 bubblegum all these bubblegums. I'm declaring it's summer of Cigars. Time to celebrate being American.

Up north, to the west

Here is the DHS memo on the subject, a nonbiased reading will see that they expect trouble from (and have info from) BOTH SIDES this summer. There is absolutely ZERO high ground on this and finger pointing at 'the other side' has no basis in reality

Rooftop Americans will do.

So much non-firearm political vomit in here.
S monkeybutler said:
So much non-firearm political vomit in here.
Click to expand...

These riots regardless of who are involved are a safety and security issue and something most people except for Chuck Norris and Charles Bronson would like to avoid.
Last Edited: Jun 26, 2022

Mikej said:
biden is a Mentally Incompetent Senior Citizen. Not a President. So there's that.
Click to expand...

BOTH sides who choose to riot are wrong NO matter what the cause is for.

Gee, it is a shame that NO one or too many people gave a rat's @@@ when the powers that be SHUT DOWN this sovereign nation due to the 'flu' and destroyed LIVES, HOMES, BUSINESSES, especially small businesses, etc.

I gave a rat's @@@ and so did some other people when it came to FORCED SHUT DOWNS, masks - wear them or not, shots - take them or NOT.

Gee, it is a shame that they forced people including the MILITARY to take SOME shots that have been proven to not be trusted and so forth. LOOK it up yourself.

The MILITARY forced SOME 'shots'. So did MANY other EMPLOYERS unless you were self employed or retired.

Right now and for one day or so... the PENTAGON has OFFICIALLY stated that they will refuse what the SC of the USA recently ruled on. I am NOT using the word that seems to bother so called grown up people so WE do not get this THREAD SHUT DOWN.

For a bunch of grown people called gun people - some of you are afraid to discuss issues. IF they take away one = 1 thing - what makes you think (LOL) that they will NOT take away another THING NO MATTER WHO MAKES A DECISION OR NOT - FEDS OR STATE OR SOME PEA BRAIN SENILE LAND OR CRAZY LAND PRESIDENT?!

That goes for a whole bunch more when it comes to INDIVIDUAL choices and rights when it comes to the HEALTH of a Mother, CRIME, being a VICTIM of rape by one person or GANG RAPED, choosing to own a GUN or NOT owning one, not being able to defend yourself depending on WHERE YOU LIVE in this country due to GUN LAWS or for any other reason including on where you WORK, TRAVEL, etc.!!!

Meanwhile, the Senile, crazy like a fox, CON man and ON THE TAKE ala HUNTER man in power (President Biden - spit!) just passed a piece of crapola paper that has denied DUE PROCESS and other things to some people in this country when it comes to the RKBA issue and I don't see too many people RANTING about that salami. You are too busy discussing the NY decision.

I wonder if Ivanka (Spit!) made ANY TELEPHONE CALLS lately to Senators and other politicians just as she did when her Daddy (Crazy Land - CON artist Trump - spit!) went on and on with orgasmic DIANE F. and others about red flag laws, rifles being bought BEFORE a person was 21 years old, etc. discussing GUN RIGHTS (After the LV shootings/murders.) in that BIG WHITE HOUSE MEETING around that BIG old table which is still on FILM with sound?! LOOK it up.

RIOTS are wrong and there are NO excuses for the FAR LEFT or the FAR RIGHT or for the middle of the road people to take part in such things when it comes to PRIVATE and PUBLIC properties and for people being able to TRAVEL freely and SAFELY on the roads of this nation.

Some people in this country want to pick and choose INDIVIDUAL RIGHTS and throw STUFF back to the states and some do not.

The RKBA issue = the SECOND AMENDMENT to me.

The right of the INDIVIDUAL to make their OWN choices and DECISIONS in financial issues, in health issues, in LIFE AND DEATH ISSUES, in living wills, in all types of legal documents, religious or NON religious issues, in ANY health issue including being a VICTIM OF A CRIME is up to the individual and NOT the state or the federal government.

Some of us may not make some choices that other people make in life but we have NO right to tell them what they should do. And that goes for ANY ISSUE so this thread does not get shut down.

And for all of the people who keep going on about people getting what they DESERVE IN LIFE when it comes to the VOTERS (Majority or not.) - why don't you just shut up for a time frame?! NO offense.

LOTS of people voted for the person that they thought was a good FISCAL CONSERVATIVE, pro RKBA person, honest, had a good record most of the time, etc. and we still GOT STABBED.

And for the dumb @@@es who voted for people who were well known CON MEN/CON WOMEN with their past HISTORY in their personal and business lives - you got what you deserved too.

SOME of those cult leaders that you loved and worshipped are and were nothing but WOLVES in SHEEPS CLOTHING! And their ON THE TAKE - con artist schemes are STILL GOING ON to this day on the L and on the R!

The Supreme Court is a big fat joke on the US of A! So are the 2 big political parties and the ones who still belong to them. Spit!

But hey! YOU DO YOU and some of us will continue to NOT participate with criminals, liars, thieves, whoremongers, WARmongers, PNAC supporters on the L/R, putting THIS nation BELOW other nations and just plain EVIL candidates and politicians.

Certaindeaf said:
Instead of the bat signal I look for the karen signal for areas to stay away from.
Click to expand...

IT is best to AVOID Karen and Ken people!

IT is best to avoid groups including the Q and QANON freaks and their PSYOPS too!


41mag said:
The first summer of rage I recall being termed such, was 1965. Various civil rights or anti Vietnam War groups became active. Turbulent times then & now.
Click to expand...

I lived through those TIMES.


arakboss said:
It looks like Antifa is picking up another cause (please leave cause unmentioned to avoid thread lock). If you weren't already avoiding areas they frequent, you may want to consider doing so now (unless you crave confrontation).
Click to expand...

Every person has a CAUSE or more than one cause.

HOW a person deals with it or them is another issue entirely.


arakboss said:
It looks like Antifa is picking up another cause (please leave cause unmentioned to avoid thread lock). If you weren't already avoiding areas they frequent, you may want to consider doing so now (unless you crave confrontation).
Click to expand...

I avoid that crapola but I have been caught in some of them (Late 60's) going back to MD from NORFOLK, VA - USN BASE and there was a mess (Riots/marches and a hit/run.) all around the DISTRICT OF CRIMINALS - MAIN highways and NOT in the middle of a riot/march!

The effing hippies (Spit!) HATED Nam Veterans, almost ALL VETERANS/MILITARY PEOPLE including wives/friends and ANY vehicle with a MILITARY TAG OR STICKER ON THEM which was REQUIRED for a vehicle to BE ON BASE.

Plus during the riots in Maryland were going on in the middle to late 60's too.

He is just another LYING idiot - CON MAN.

May he rest in peace.

I prayed for WI.

I have NOT and will NOT pray for one of the most corrupt MONEY LAUNDERING COUNTRIES in this world and the DIRTY ILK who partake in that CRIMINAL MESS overseas or stateside.

I am sure that there MAY BE (?!?) some okay people in that DIRTY COUNTRY (Spit!) but NOT too many of them especially on ONE SIDE with their WW2 slogans and patches. Ugh.


cigars said:
bubblegum all these bubblegums. I'm declaring it's summer of Cigars. Time to celebrate being American.

It is a summer and ANOTHER YEAR to enjoy nice weather and to WALK AWAY from the IDIOTS in power and their CULT followers on all sides.

Have a good week and SUMMER!


VinnieBoomBah said:
Here is the DHS memo on the subject, a nonbiased reading will see that they expect trouble from (and have info from) BOTH SIDES this summer. There is absolutely ZERO high ground on this and finger pointing at 'the other side' has no basis in reality

BOTH SIDES are to blame. Past and present!