Picked up my P2000SK 9mm yesterday as the waiting period was completed earlier in the week. Nice guns I think, and don't see too many of them it seems. 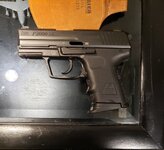 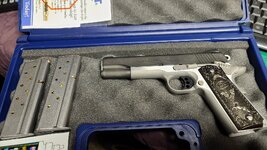 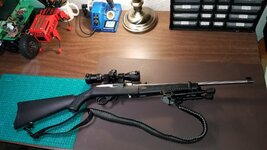 Nice haul! And welcome to The Board! Stop on by the New Member Introduction thread and introduce yuhseff!

sobo said:
Nice haul! And welcome to The Board! Stop on by the New Member Introduction thread and introduce yuhseff!
Click to expand... 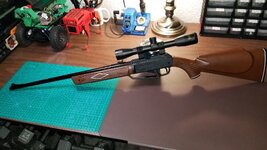 You'll put yer eye out with that thing!

sobo said:
You'll put yer eye out with that thing!

That's what she said.

Guns make loud noises and do not like to be photographed !
T Not sure if I've posted this already, but here's an air rifle my dad got while he was stationed in Japan in the 50's.
It says "Eagle" on it, but its a close copy of a German Diana spring powered break barrel single shot pellet gun.
My brother and his wife have it now, as they've got a bit of a squirrel problem, destroying their garden (she's the one who does all the shootin' too!).
They live in the middle of town, so even a .22 is out of the question.
She reports it still knocks 'em dead, every time. 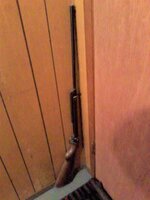 ...and here's the German original. Diana Model 48. Apparently this company is still producing guns, including the model 48, however this one seems to have been made before the war...

The underlever and the joint the barrel pivots on is different and simpler on the Japanese gun, but otherwise, it's pretty much the spittin' image of this rifle.
Last Edited: Jan 1, 2023

Hey Now! You are just showing off your KAC...

I told Santa that I always wear eye protection. 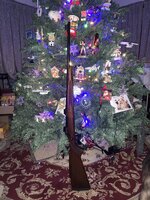 New M5 in the works 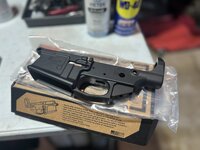 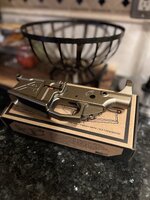 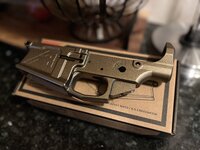 Not going to show them. You never know who's looking .

MERRY CHRISTMAS TO ME!! Just a few of my forearms 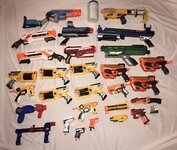 amc82 said:
Just a few of my forearms

Thursday at 1:52 PM
RVTECH
B
shipping a firearm