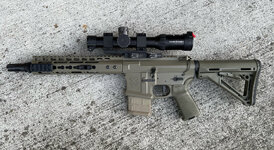 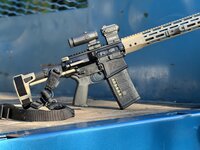 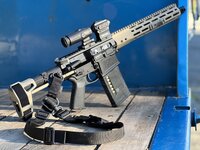 The KP9 is done.
LaRue and Benelli are In Progress. 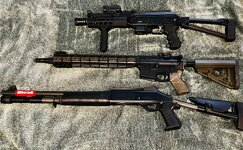 A couple from the past, I've moved them on to younger collectors now. 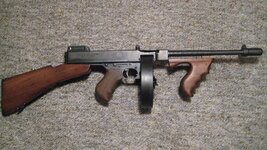 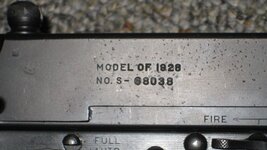 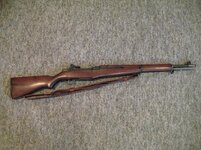 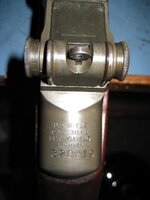 A group of my revolvers... My Berettas... Then a few more mixed in. 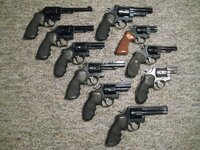 Here's an as new S&W Model 10 5" Bbl I had until some collector needed it more. 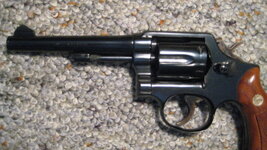 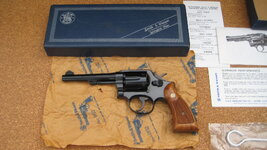 thompson68038 said:
A couple from the past, I've moved them on to younger collectors now.

I could only afford the semi version...

Yes, a nice Savage contract and WW2 bringback. They weren't expensive when I got that one.

thompson68038 said:
Yes, a nice Savage contract and WW2 bringback. They weren't expensive when I got that one.
Click to expand...

Im know a guy up here in WA that has a legal transferable class III Thompson that is grandfathered in after the 1996 law change.

I could only afford the semi version...

Ya know, just as a range toy

rdb241 said:
Im know a guy up here in WA that has a legal transferable class III Thompson that is grandfathered in after the 1996 law change.
Click to expand...

No a Washington state law was changed. Before that if you were LEO or military either full time or reserve. You could legally tranfer pre 86 guns in. Senator Adam Smith from Kent had a vote to change the law to read that LEO and military could posses in official duty only. The guns that were in were grandfathered in. That was done in 1996. There is a little over 1,200 legal tranferables in this state. But they can only be sold out of state. The guy that I know has a Thomspon is retire Army National Gaurd from Camp Murry next to JBLM. My friend has more than just a Thompson. He has a dozen legal guns in this state. I have known him since the early 90s. He is also a retired Seatle Fireman.
Now on the other side of the coin. If you were not LEO or military. Private ownership in this state has been illegal since 1938. Washington is the only state west of the Mississippi the you can not privatelty own. The Adam Smith closed the military door.

I did have a 50rd drum with it. The hundreds were just plain expensive.

Plain expensive? As opposed to "Regally" expensive? That would make a difference to some.

I don't own any modern guns. And really have no interest in semi-auto pistols or modern AR style rifles. All of mine are 1960's era or older. This is my favorite one. My trusty 45/70 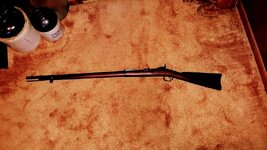 I’ve become a pretty big fan of these A couple of my Krags a while back...