regulate 3D printing huh? Must be on the bill to regulate the tides and the phases of the moon.

“All too often, they are convicted domestic abusers, sex offenders, white supremacists, and minors

I’m offended. I am neither of those Sir!

We wouldn’t want citizens giving guns to criminals, like the ATF, (cough, Fast and Furious)

So what if you buy an 80% lower and jack it up trying to make it 100% and have to throw it out?
And then it’s registered in you name but it was never made into a firearm?
Or you have to pay more money for the transfer/BGC and never end up turning it into a firearm?

the whole point of the 80% is NO PAPER TRAIL, as you didn't have any BGC in the first place, thus, no transfer! As far as any one is concerned, it was never made into a firearm, it wouldn't qualify buggered up or not, it's just a chunk of alloy!

Just simply stock up on what you want and what you need. This is even more reason to ensure the Dems are handed a resounding loss in November. 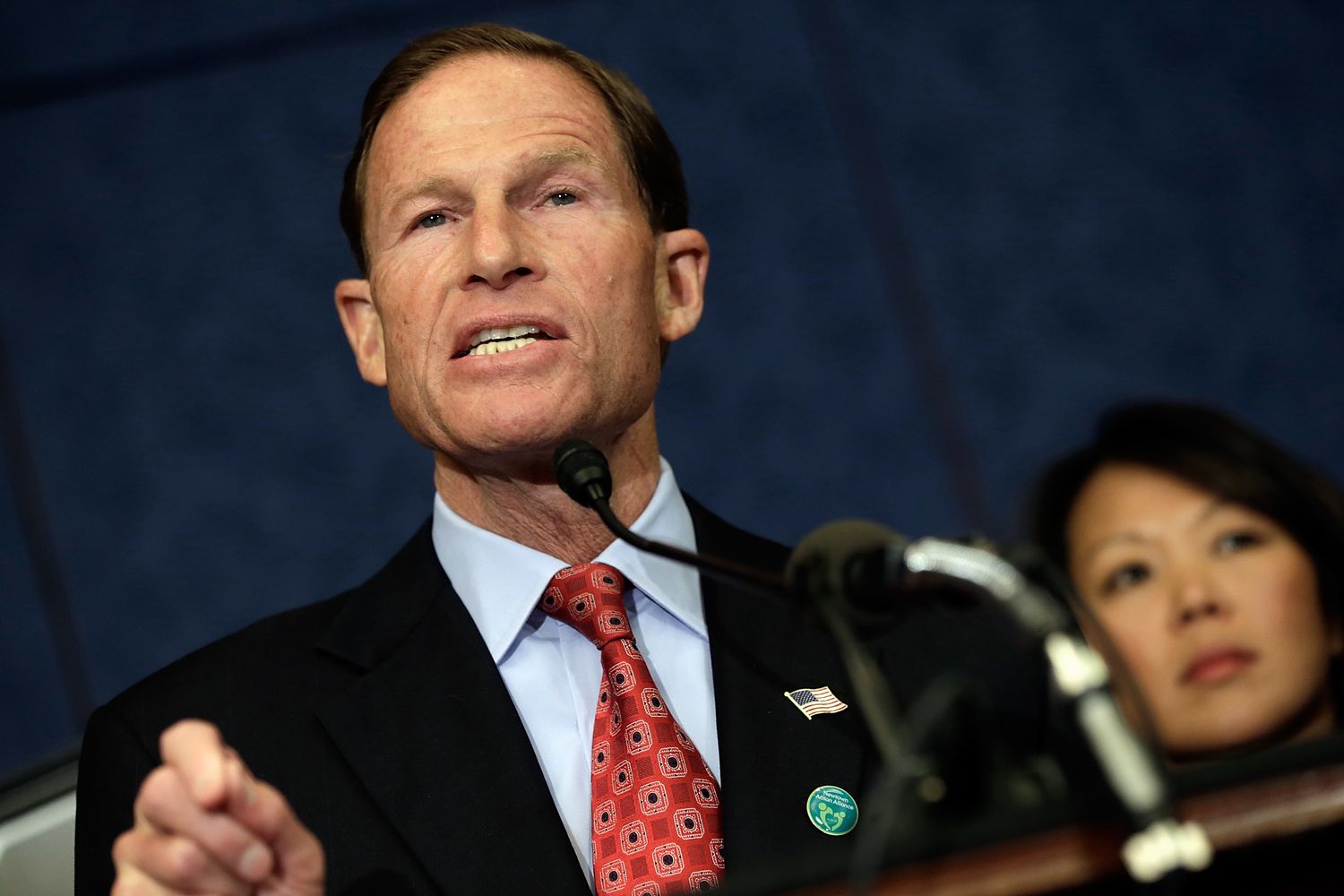 I see there is a new classification of guns. He said they are "crime guns".

Dick sez (about unserialized firearms):
“They are clearly a means to evade the current federal laws.”

Yuma sez:
"We call that following the law, Dick".

Why is it that the biggest criminals always come up with ways to steal our freedoms?

"At a ceremony honoring veterans and senior citizens who sent presents to soldiers overseas, Attorney General Richard Blumenthal of Connecticut rose and spoke of an earlier time in his life. “We have learned something important since the days that I served in Vietnam,” Mr. Blumenthal said to the group gathered in Norwalk in March 2008. “And you exemplify it. Whatever we think about the war, whatever we call it — Afghanistan or Iraq — we owe our military men and women unconditional support.”
There was one problem: Mr. Blumenthal, a Democrat now running for the United States Senate, never served in Vietnam. He obtained at least five military deferments from 1965 to 1970 and took repeated steps that enabled him to avoid going to war, according to records.
The deferments allowed Mr. Blumenthal to complete his studies at Harvard; pursue a graduate fellowship in England; serve as a special assistant to The Washington Post’s publisher, Katharine Graham; and ultimately take a job in the Nixon White House. In 1970, with his last deferment in jeopardy, he landed a coveted spot in the Marine Reserve, which virtually guaranteed that he would not be sent to Vietnam. He joined a unit in Washington that conducted drills and other exercises and focused on local projects, like fixing a campground and organizing a Toys for Tots drive."
Click to expand...

Silly Anti’s, NICS are for dicks.

How does Stolen Valor Blumenthal, a fetid, despicable POS, even keep a job?

That is a great question.........I've always disliked that POS poser

We need to close the liberty loophole. We can't sit by as lowly peasants do liberty stuff.

"Liberty Loophole"... Can I steal that?
That's gonna become my new saying.
J

I'm wondering whee in the hell did the term Ghost even come from??? Did some legislator wake up in the middle of the night screaming in fear that these would be taking over the world??

Jory45acp said:
I'm wondering whee in the hell did the term Ghost even come from??? Did some legislator wake up in the middle of the night screaming in fear that these would be taking over the world??
Click to expand...

Probably from the same people that coined "assault rifle".

Bet your life on it. Gotta use scary words to instill fear into the sheeple...

Or possibly the same dick that dreamed up assault rifle?