Stumbled across this story, and it leaves me a bit puzzled regarding what will happen in WA if you're involved in a self-defense shooting. The shooter waited for the police to arrive, claimed the person had attacked him and he'd shot in self-defense, and was he immediately arrested (first for assault, and when the person died, the charge was upgraded to murder(?)). Since the article asks for anyone with information to contact police, I'm assuming that there weren't any witnesses. Also no mention on whether or not the shooter had a CPL, prior record, etc.

Is it just that journalism is dead and there's a lot more to the story, or is this standard WA state procedure - at least in Seattle? 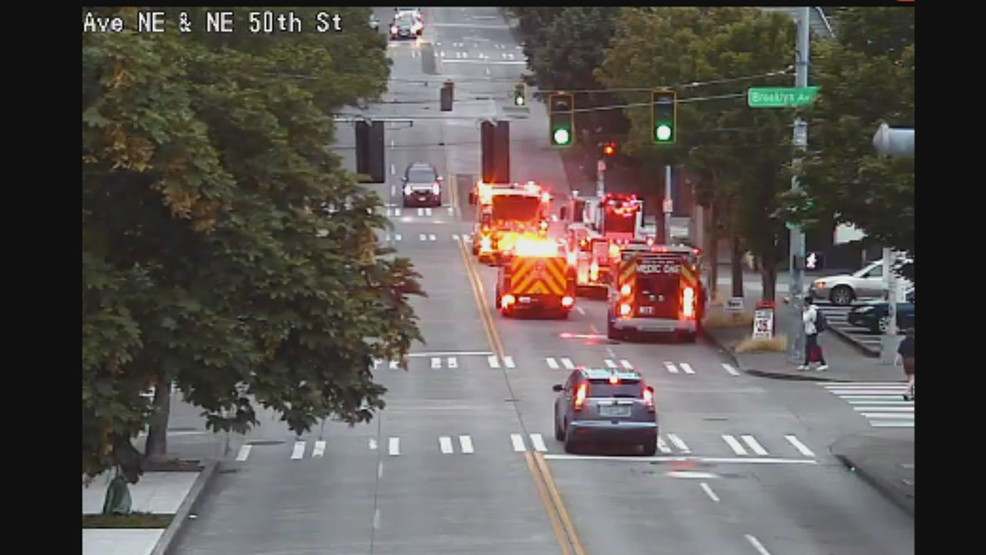 SEATTLE - A 35-year-old man who was critically injured in a Sunday night shooting in the University District has died of his wounds, police said, and the shooting suspect has been rebooked into the King County Jail for investigation of murder. The shooting unfolded at around 8:20 p. m. Sunday in...


another article with slightly more information. Sounds like he was arrested and then interviewed by detectives.

Seattle or Portland and that’s pretty much all that needs to be said.....
OP

Joe13 said:
Seattle or Portland and that’s pretty much all that needs to be said.....
Click to expand...

I wondered about that myself. It's either that, or the guy shot him after getting into an argument over something like a parking space. I travel to Seattle frequently and always carry unless I fly up. I definitely would like to know the details on this one.

Lot's more information needed before the situation can be accurately evaluated. Even if he was attacked, how? Without (legitimate / reasonable) fear of GBI or death, bringing a gun to a fist fight will likely land you in jail.

So, the police show up on scene and guy 1 says that guy 2 attacked him and he shot him in self defense. Guy 2 later dies. So, now it’s the word of one guy against a dead man.

Should we just automatically take guy 1’s word for it? Would things look the same or different if guy 1 had murdered guy 2?

The police now need to figure out exactly what happened. Charging the guy for murder seems premature - are you sure he isn’t just being held? (The police can hold you without charging for up to 72hrs, I believe).

Seems they may be holding guy 1 while investigating on the chance that guy 1 is actually guilty of murder/assault/etc.If they don’t get enough evidence or if they conclude it was a justified shoot, guy 1 will be out and gone.

I’m not seeing anything particularly anti-gun owner about this. It’s pretty much how I figured things would play out if it were my word against a dead man. The moral of this story is: if possible, start a recording to give yourself incontrovertible evidence. (Again, is possible)

Hueco said:
The police can hold you without charging for up to 72hrs, I believe
Click to expand...

I think that’s just for Mental Health purposes. I believe they have to charge you or release you. If they charge you then you await a judge to determine bail if the DA asks for it (flight risk)

Need more info to draw any conclusions. My confirmation bias make me read this as "man defends his own life, gets charged with murder".

My feels don't dictate reality so will have to wait until there is more info. Curious to see how this all plays out.

not enough info- detectives still investigating- could be the shooter changed part of his story, wound placement, ie the back, on the victim didn't tally with positioning shooter claimed, some other evidence at the scene conflicts with his story. Maybe CCTV footage or a witness telling a diffent story. Who knows. Could be legit and nervous victim forgot a detail or something...
F

Sounds like there's a lot more to the story. There have been somewhat similar shootings in Seattle where the shooter was barely detained.

His first words should have been I want a lawyer...
OP

Hueco said:
Should we just automatically take guy 1’s word for it? Would things look the same or different if guy 1 had murdered guy 2?
Click to expand...

Agreed, I would expect the police to do their due diligence. The way the article is worded makes it sound like he was immediately arrested for assault, rather than taken in for questioning and then arrested based on the interview.

Yeah y’all.... don’t be like all the drones on Twitter and just go off on a stupid reflex thinking you know what’s what... look at how THAT’s turned out recently.

Stomper said:
Yeah y’all.... don’t be like all the drones on Twitter and just go off on a stupid reflex thinking you know what’s what... look at how THAT’s turned out recently.

Shoot, we should just riot! Everyone else is doing it and getting away with stupid! Hey, Alive Man Matters!!!!