Can we identify as "Native American" and help out ? It may be such a crazy idea it could work !

PORSCHE928S4 said:
Can we identify as "Native American" and help out ? It may be such a crazy idea it could work !
Click to expand...

That only works if you are a longstanding registered Democrat.
Get with the times Bro…

Never had sea lion, but have tried seal. Imagine chewing on a #10 washer that tastes like fish sauce.

Caveman Jim said:
That only works if you are a longstanding registered Democrat.
Get with the times Bro…
Click to expand...

So no cheap tax free alcohol and smokes for us is what your saying ? 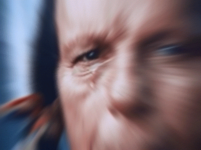 I retired from WDFW and can assure you that in SW Washington the agency was all about Salmon recovery but not for anglers. It's an extension of the "left's" goofball focus on worshiping the creation and not the creator. In their perfect world, everything would look like it was before man appeared on the scene and then when it all been restored human beings should be deported to Mars. By the way. The cost for each returning Salmon, to the Columbia River is ...........$300.

@oldcorpgunny, I’m sure you did your job to the best of your abilities but know that you were always ham-stringed at what you could actually do for the good of fish recovery and fishermen.

That’s just as I suspected all along because for many years I sat in many of those meetings and had the dog and pony show talking heads lie straight to our faces. No more different than a worldwide greedy corporation. Corrupt to the core.

East side of Or.

Ura-Ki said:
Nope, much of the problems could be solved by destroying China's fleet of illegal boats that dry rape the oceans of all food. Stop the commercial fishing for five years on the Columbia, make a "new" treaty with the tribes to stop harvesting period, and bring back the hatcheries to full time operations! Kill all sea lions living in inland waters, and go after all the non native fish! Run the rivers properly instead of Willy-nilly by 20 different agencies, and for gods sake, get control of ODFW get rid of the political wannabes and get real people to run it that understand the issues instead of licking K8 carpet!
Click to expand...

Seems china is responsible for a LOT of the planets dying species.from fish to rinos.

chainsaw said:
Seems china is responsible for a LOT of the planets dying species.from fish to rinos.
Click to expand...

Yup, their like a plague of locusts, consuming everything before them until there is nothing left! It's not just food ether! Oil, rice, grains, plus all sorts of other things their "Culture" requires like shark fins, rino horns, buffalo dick, you name it, they want it and if they can't buy it, trade it, or make it them selves, they simply take it and give the rest of the world the finger! If they are not stopped, they will rape this planet of everything and destroy us all in the process!
Log in or sign up to reply here
Share:
Link Email Facebook Twitter Reddit Pinterest Share