Saw this cougar encounter on another forum. Dude needs to do a little target practice.

GrayGoose said:
By "Cougar encounter in the woods", I was thinking of something more like this.

At MY age, an encounter with a cougar like would be about perfect! IF, I wasn't happily married and 100% true to my wife.

Mikej said:
At MY age, an encounter with a cougar like would be about perfect! IF, I wasn't happily married and 100% true to my wife.
Click to expand...

The definition of a cougar is an attractive woman of middle age that hooks up with much younger men.

Mikej said:
At MY age, an encounter with a cougar like would be about perfect! IF, I wasn't happily married and 100% true to my wife.
Click to expand...

She's looking over your shoulder as you type, right? Key 1 for yes.

I think that was the same one posted at the beginning of the thread? 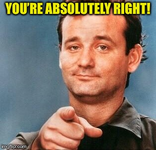 Pepe-lepew said:
That cougar wasn’t looking for a meal, if it was he would have not seen it coming.

It was mad, very mad at him for some reason. The flat ears before the bluff charge and the side stepping to make it look bigger was fighting behavior. What did this guy do before the video started to piss it off?
Click to expand...

I assumed it has cubs it was trying to protect. It definitely appeared that it just wanted the guy out of its territory.

malakajim said:
I don't think it was cellphone video, more like bodycam or go pro. Fairly steady for walking backwards holding a phone. And after the second shot, it sounds like he racks the slide? Hard to say, cause after the second viewing IG wanted me to login to see it again.

Either way, my first shot would have been a lot earlier.
Click to expand...

I am going to have to disagree with you. The cat is framed too well during the entire encounter to be a body cam and the gun is to far up on the frame to be a head cam. The camera is also too far away from the body to be a body cam. The video is smooth due to image stabilization on the phone.

My conclusion is idiot.

P.s. I was able to view the video multiple times by closing the instagram then going back to it using the link on the first post.
Last Edited: Dec 2, 2022
K

MikeInOr said:
I assumed it has cubs it was trying to protect. It definitely appeared that it just wanted the guy out of its territory.
Click to expand...

There were other acticles that stated the cougar was stalking him for twenty min? You might right that he could had provoked it to get a VIRAL VIDEO. Had penty of time to back away from it and get to safety. It's quite obvious he wanted it to get close. If the cat came out of nowhere, he wouldn't have time to pull out a phone to record.

More often than not I have to honk my horn to drive down my own driveway.

I wish something would keep them deer population under control around here. 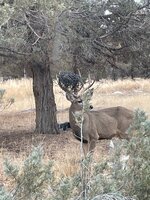 MikeInOr said:
More often than not I have to honk my horn to drive down my own driveway.

I wish something would keep them deer population under control around here.

That is the neighbors mesh that he puts around his shrubs to keep the deer from eating them... it obviously doesn't seem to be very effective. I had one deer in my yard that was wearing a 3' tall piece of goat fence fashioned in a circle around its neck. There was nothing I could do for the deer, hopefully it was able to free itself eventually. 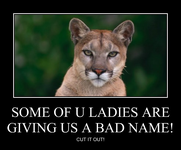 GrayGoose said:
By "Cougar encounter in the woods", I was thinking of something more like this. 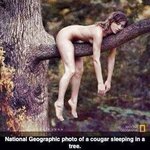 TTSX said:
I never understood why people want to film these animal encounters. What do they think they're gonna do, sue the cougar for pain and suffering? Shoot the damn thing, leave Instagram at home
Click to expand...

What I don't get (probably because I am a boomer) is why is the phone the first thing that comes to mind for these people? My phone would be in my pocket and I would have a 2 hand hold on my firearm pointing at center mass. Because it is an animal, I **might** do a warning shot at the ground, but my 2nd shot would be right in its chest. To hell with video evidence...

The guy is lucky he didn't win a Darwin Award, choosing to put video recording ahead of personal safety...
Last Edited: Dec 19, 2022 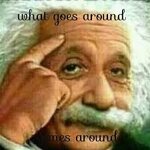 Cavedweller said:
And then there's this:

A mountain lion attacked and killed a chihuahua as it was being walked by a dog walker Friday night. Video of the attack was caught on a home's security camera.

www.foxnews.com
"Community members said they feel terrible about Piper's death, but they are also concerned the attack could trigger backlash against the beloved mountain lion, which they do not support.

'The drought means there are less rabbits and other wildlife in the area, so P-22 is looking for food," one resident said. "This is his home and we have to adapt'."
Click to expand...

Update to this story:

Only in LA-LA Land would they mourn the extermination of a diseased predator that roamed a public park killing zoo animals and domestic pets.

Caveman Jim said:
Agreed. Some just think it’s so cool, for sure to be able to show people what they been through. Gotta use their phones to illiterate a point or prove its correct. Which is a sad thing that people have lost the art of communication we used to have, it’s called talking and storytelling.
Click to expand...

“No citizen could have done what this DEA agent did and walked away,”
2