Savage BMag 17WSM New with scope and 1,350 rounds of ammo

Caliber
Other / Not Listed

For sale, new never fired Savage BMAG 17WSM with bull barrel and the thumb hole laminated stock with a Barska Huntmaster 3x9x40 scope. Also included is 1,350 rounds of ammo. The price for everything is $1150.00. No shipping. I will meet at A Cut Above Pawn in Beaverton on TV Hwy for the transaction and the FFL paperwork.
Thanks for looking and i am located in Hillsboro, Or. 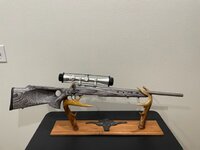 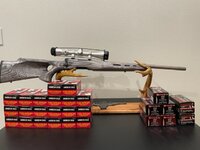 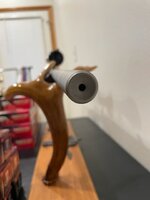 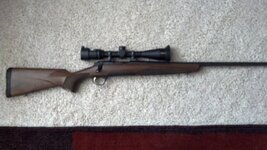 Feedback: 1 / 0 / 0
I am very intrigued. Is that the satin finish stock?
Can you send me a few more pics on each side of the rifle and a little history on it please?
Thanks

Feedback: 5 / 0 / 0
I’m glad to hear you’re intrigued by my offer as I was regarding your ad (same exact word I used when I was discussing the 17 WSM with a friend).
I’m in Salem working this week but can get more photos to you this weekend after I get back home.
It is a very nice satin finish wood stock. I never really thought I’d part with it but I’m more interested in your offering than in keeping it (it just sits in my safe and I have another option for 308 in a change barrel rifle). The history as far as I know is that I’m the second owner. The original owner was from mid-west and purchased for deer hunting but their season was too short and he thought it was expensive to shoot (???). I can get you accurate round count since I’ve owned it but will have to check my reloading logs. I don’t believe he shot it much based on what I was told about it being too expensive to shoot it. It makes everyone who pulls the trigger seem very talented, has a great recoil system, very nice crisp factory trigger and above average optics. There are a couple of dents/marks in the wood prior to my ownership but I’ve never taken it anywhere but the range. It’s got a thin barrel but that doesn’t seem to effect accuracy. There are only 2 things that I don’t particularly like and the first is that the bolt (short action) isn’t smooth like my Tikkas and the other is that if you’re not careful in pulling the bolt all the way back, you’ll short stroke it and not feed a cartridge.
I’ll have to check but I may even have the boxes for rifle and scope still.

Feedback: 5 / 0 / 0
I bought rifle from online consignment dealer in July 2014. I (and friends) have put 264 rounds down the barrel. It’s been in the safe since June 2018 in a gun sock. I’ve uploaded some additional photos showing both sides and scope reticle (it is 4-16 power). Tried to capture some of the stock dings. Let me know if you want any other photos. 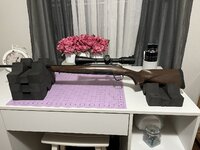 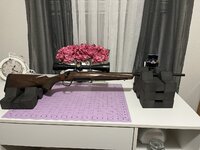