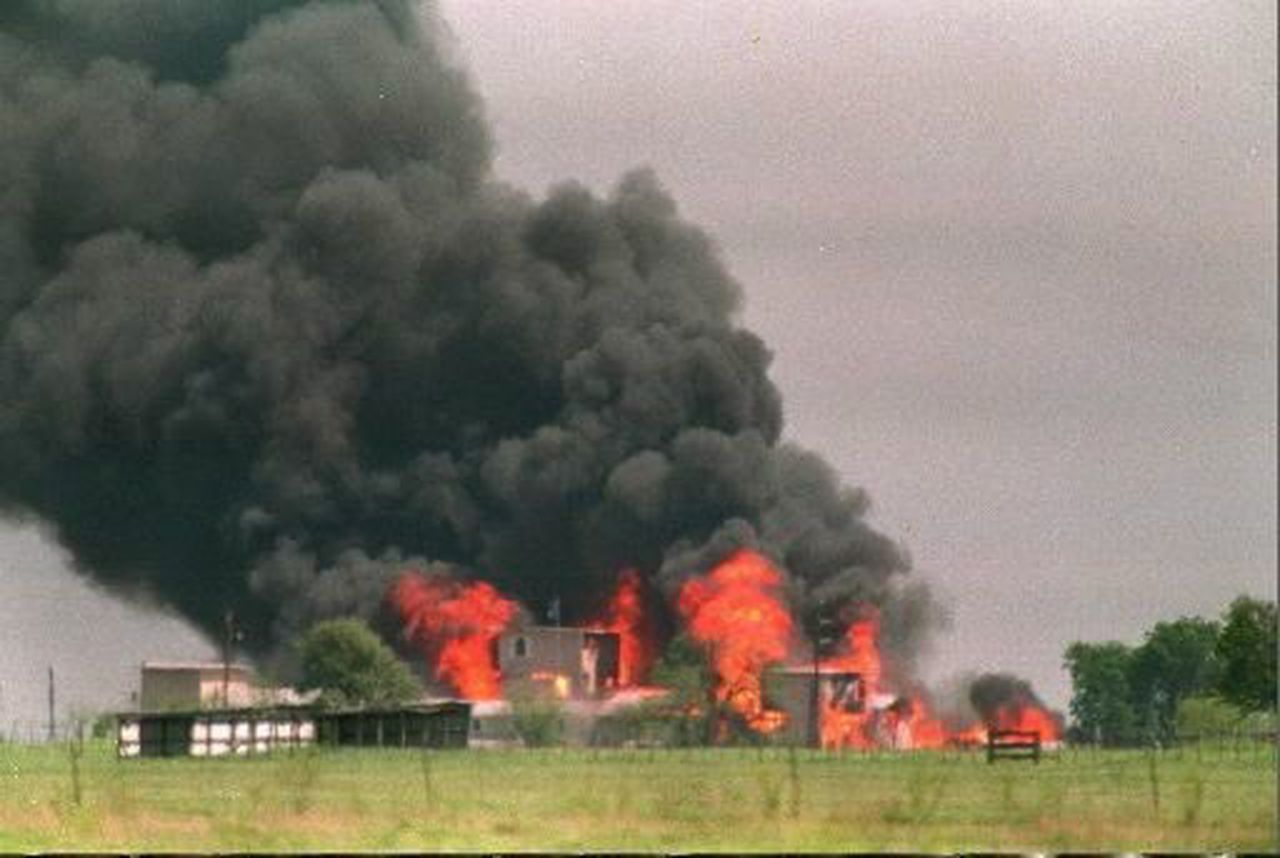 I’m getting old, seems like not that long ago.

This is why I don't have any babies or women in my house.

I had an uncle that lived up there and was neighbors with Randy Weaver. I actually hunted on Ruby Ridge a few years before the incident. My uncle only had the typical things to say when a neighbor makes national headlines, "he was a nice enough guy and mostly kept to himself..."

My stepdad was affiliated with the FBI back then and was deeply disturbed at the events that transpired up there. He thinks that the wife was specifically targeted due to her influencing Randy's resolve to not give up.

I just finished reading Stalling For Time - they don't touch on RR much (and don't need to, I remember it well since in Spokane it was a notable news item for the region) and it's interesting getting Noesner's take on some of the deep-rooted problems within the FBI at the time, starting there and going beyond Waco.

Funny how time changes, though. Then? I wanted to see the Feds responsible in jumpsuits and chains. Today? I'd pay for Horiuchi's ammo if he wanted to thin Antifa from Portland.

Let's face it. Dude knows how to put lead downrange accurately on people.

Yup remember it well. There was a really good tv special on just a few days ago...They shot the little in cold blood.
S

Today is the anniversary of an important event in US History. Let us not forget Ruby Ridge. 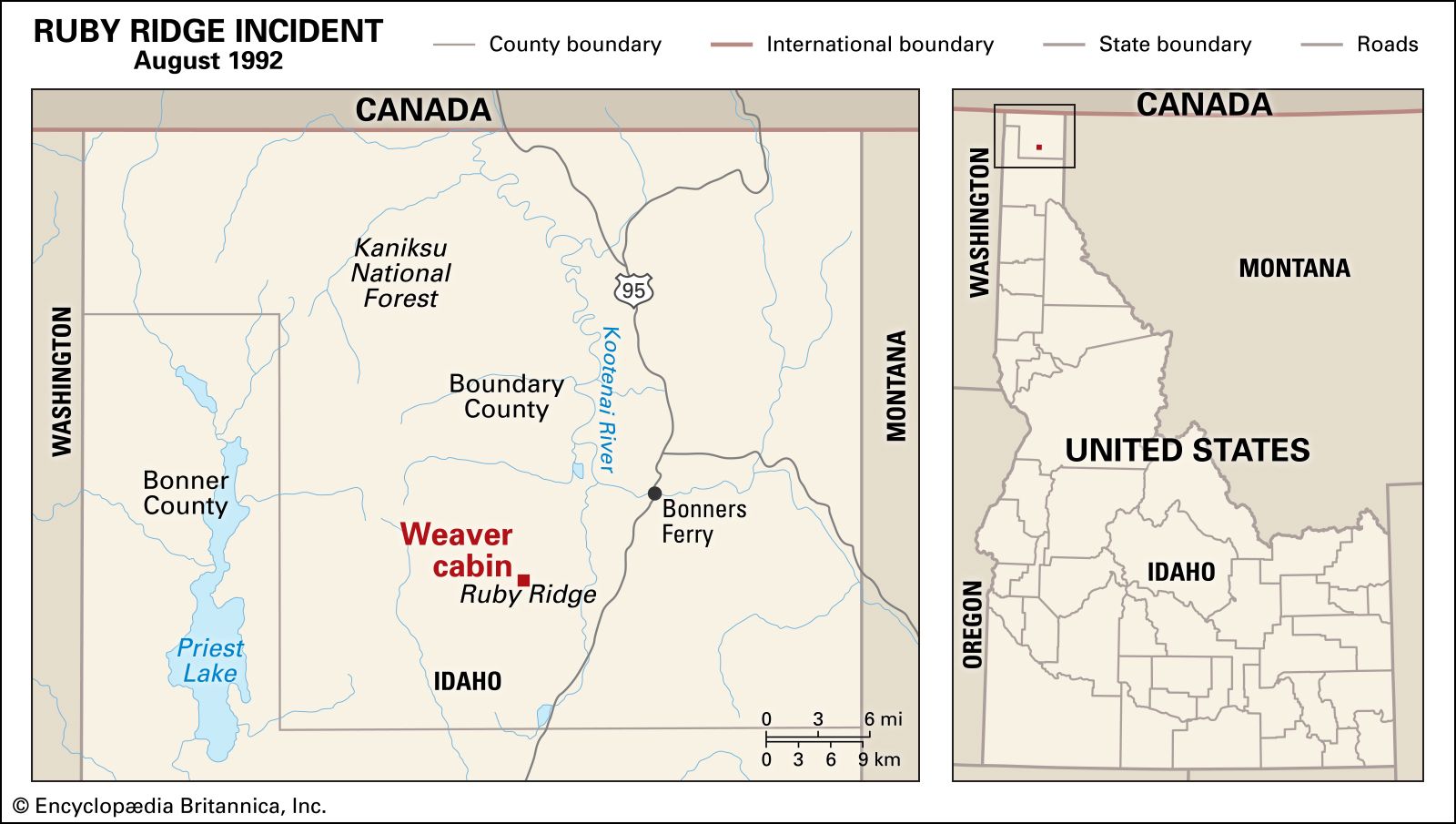 Ruby Ridge, location of an incident in August 1992 in which FBI agents and U.S. marshals engaged in an 11-day standoff with self-proclaimed white separatist Randy Weaver, his family, and friend named Kevin Harris in an isolated cabin in Boundary county, Idaho. Three people were killed during the...
www.britannica.com
R

Randy Weaver’s greatest crime may have been having had the foresight to envision what is now happening in America and removing himself from it. Those that can see the truth, and those that speak the truth, can experience the wrath of the morally blind and deaf.

The great American melting pot has been tainted by a single ingredient that’s refuses to embrace the American dream of hope and a better tomorrow. What could have been a banquet for all has become something far less palatable.

Politics has become a sideshow while mayhem, criminality and insurrection hold center stage as they become the new American norm. Hope for tomorrow is gradually being replaced by fear of what tomorrow may bring. 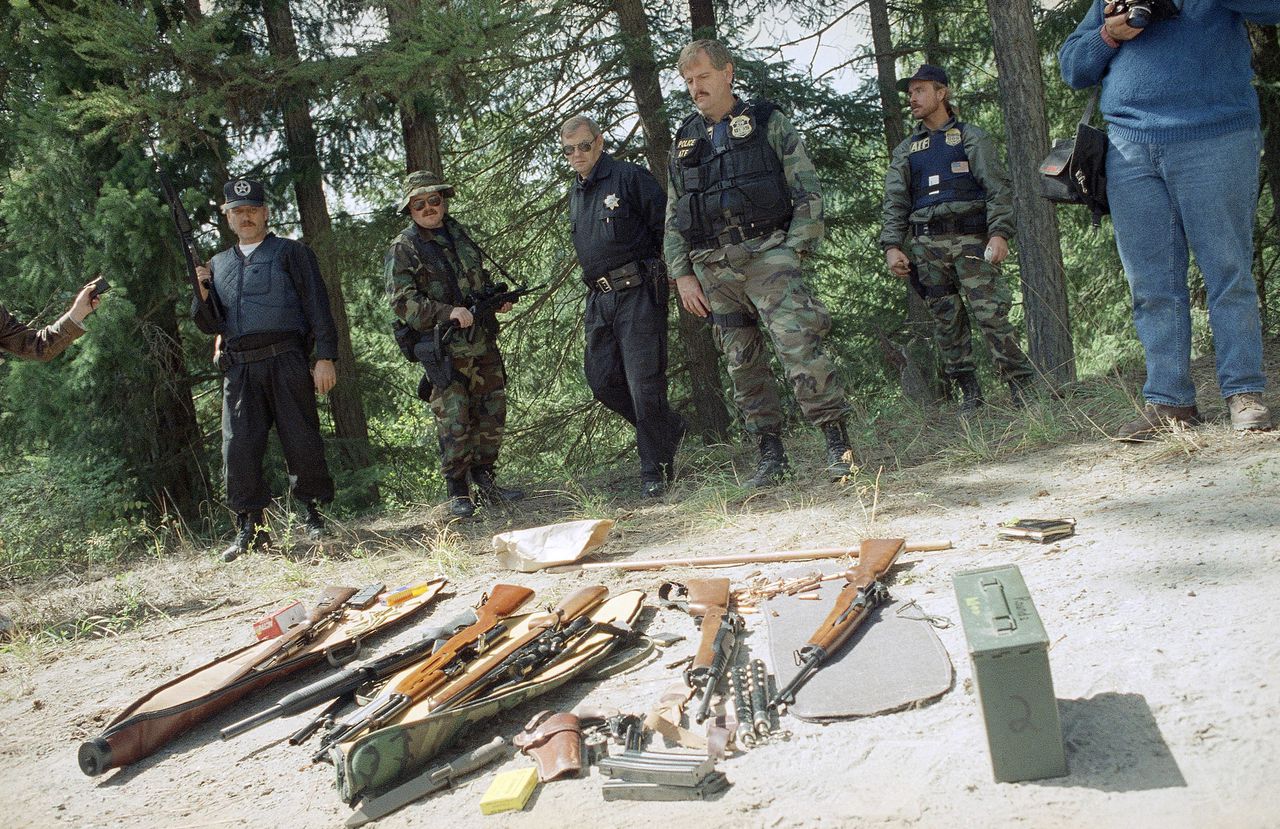 ‘We are very sorry’: The bloody standoff at Ruby Ridge in 1992 that left 3 people dead

What a horrible situation.

1) I have always believed that Horiuchi was going for a twofer - Vicki and Elisheba with 1 shot. I'm sure it p!ssed him off that he missed the baby. That would have earned him the Swords and Diamonds. What a hero! Born too late - he could have been a stellar contributor to the Final Solution.

2) " Today? I'd pay for Horiuchi's ammo if he wanted to thin Antifa from Portland. Let's face it. Dude knows how to put lead downrange accurately on people. "
So what? We the Peons could put the Clang, Honk, Tweet on the Cretin Brigade just fine without any help from the Einsatzgruppen.

PS......in an effort to correct the re-writing of history by some of the modern media resources.
https://www.washingtonpost.com/arch...killing/c58d0d94-2ac4-4bba-bf36-8a0ddd0ca2f8/

And don't forget to give out medals.

The Wall Street Journal March 13, 1996
They Call This ‘Valor’
By James Bovard

On March 1, the U.S. Marshals Service gave its highest award for valor to five U.S. marshals involved in the 1992 Ruby Ridge, Idaho, shoot-out, including the marshal who fatally shot a 14-year-old boy in the back and another marshal who provoked a firefight by killing the boy’s dog. The award announcement sent shock waves across Capitol Hill.
Click to expand...

And....how did Ruby Ridge affect us in more modern days?

The FBI has certainly "improved" since then.....Rrrrrright?

Jeff Cooper wrote about those events. Ruby Ridge, Waco, and Lon in his newsletter.


The archive is here:

Jeff Cooper's Commentaries: a series of commentaries on the human condition from the Gunners Guru, released during the years 1993-2006.
dvc.org.uk


Examples
Vol 3 1995
" We note with some annoyance that the usually sound columnist, Joseph Sobran, has come out sympathizing
for Lon Horiuchi on the grounds that Horiuchi shot Vicky Weaver "by mistake." Horiuchi says he did, Rogers
says he did, Freeh says he did, Janet Reno says he did, and now Joe Sobran says he did. Let us get it straight.
The only way Horiuchi could have shot Vicky Weaver by mistake would have been a circumstance in which
she was standing behind an obscuring device, such as a sheet of plywood, or for that matter a bed sheet.
Unless Horiuchi was an utter fool and totally incompetent with his weapon, and firing at random at the house,
he could not have shot Vicky Weaver by mistake. How all those people could give credence to such a story is
absolutely beyond belief! "

" That is one to remember along with Lon Horiuchi. We are treated
to inquiries and investigations, but it seems very difficult to ask a straight question of a perpetrator. "Mr.
Horiuchi, why did you shoot Vicki Weaver in the face? Ms. Slusser, why did you stomp on that kitten?" "Self
defense" will not do. "


As this was written, essentially pre-internet, there are no links to articles and as a news letter, he did not include references.
which could be helpful -
example: "Well, now we know where General Colin Powell stands on the issues." Other than this was about 1995 ... what issue(s)? etc.

California mom, 47, accused of hosting wild sex parties for 15-year-old son had A DOZEN teens in her home when she was arrested