SonicBlue03 said:
I'd honestly go further. "If you vote for this, you hate black people. Why? Black people have been under assault by law enforcement and government as we saw with George Floyd. A lot of you claim to be allied in wanting change. But voting for this, you take those very people you claim to ally with and put them on a list controlled by the police.
Does an ally do that? No. Someone who hates black people does."

If you're unwilling to use the left's playbook and take it to another level, there's no chance of moving the needle. Sucks, but it is what it is.

Maybe say it opresses people of color? Other than that this is exactly what id do. Maybe also use sonething that the LGBT+ community has the same rights and will be left defensless against hatecrimes.
Last Edited: Apr 13, 2022

Aero Denezol said:
The truth is most ignorant people out there cannot tell the difference between a fully automatic weapon, like they see in movies, and a semi-automatic sporting rifle. When people hear of mass shootings they are picturing a Hollywood shootout, with Mark Wahlberg doing somersaults, cars exploding and all kinds of BS. They think that is what we have in our safes. I know this because people have attacked me about it, and when I tried to explain, they simply could not make the distinction in their heads. People have no concept of how firearms work! And the media is just okay with letting them remain ignorant.
Click to expand...

And some of the most ignorant people about the subject were lecturing Americans about "ghost guns, assault rifles, and high capacity magazines" on Monday from the Whitehouse lawn. But we all know Brandon is an expert on the AR-14...and the recommended use of the double barreled shotgun...and the proper spelling of the AFT...

Maybe he should stick to being a toilet for the birds.

I heard that if you scribble all over the petition form that they have to throw that page and all of the signatures on that page away. I wonder if it's true...
M

If I lived closer to Portland I would join/attend the church services of the portioners churches. Be respectful but firm about how uninformed he and his congregation are about his political action. Every day they meet.

It'd be more fun to just take a flatbed around, pick up openly aggressive homeless and drop them off at the front doors of those churches during services.
J

22hopper said:
signature sheets that are in your hands
Click to expand...

so they have gotten only 45,000 signatures out of the required so far?

jordan_mateo said:
so they have gotten only 45,000 signatures out of the required so far?
Click to expand...

Sounds like maybe less than that. But there's plenty of time. Nicer weather will be here soon.

It probably isn't helping them to be affiliated w/ the Church. There is a big overlap between the anti-gun crowd and the anti-Christian crowd. Especially in Portland, I imagine many people are holding their nose as they sign.

Yet he is still happy to take our guns. These people are truly sick in the head. 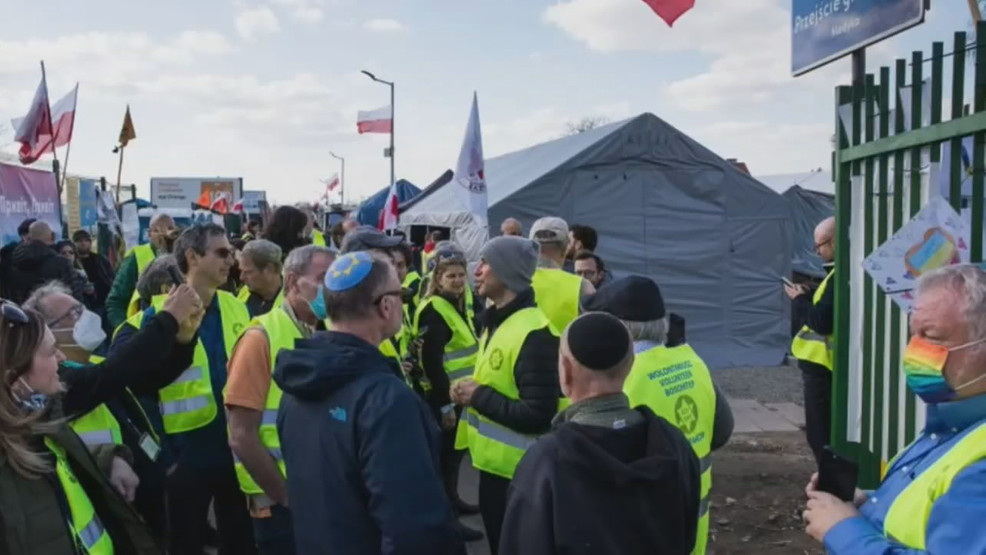 A Portland rabbi just returned from Poland, where he spent days helping Ukrainian refugees. Poland has taken in the most refugees from Ukraine since the war began. The Congregation Beth Israel senior rabbi brought supplies and donations, joined by 25 others from the United States and Israel to...

arakboss said:
Yet he is still happy to take our guns. These people are truly sick in the head.

A Portland rabbi just returned from Poland, where he spent days helping Ukrainian refugees. Poland has taken in the most refugees from Ukraine since the war began. The Congregation Beth Israel senior rabbi brought supplies and donations, joined by 25 others from the United States and Israel to...

You'd think a rabbi would have some more awareness about what happens when government disarms the population. I wonder if he, any of his family, or congregation were descended from German Jews. They might have some choice words for him.

Rkangel said:
You'd think a rabbi would have some more awareness about what happens when government disarms the population. I wonder if he, any of his family, or congregation were descended from German Jews. They might have some choice words for him.
Click to expand...

His mom was a Holocaust survivor, so he's basically urinating on her legacy.
T

Do not anticipate that stupid people will become smart in the face of WW 3, increased crime and possible insurgents in the country. Just look at how smart their voting decisions worked out and created this nice social and economic set of circumstances., both locally and nationally. Just can't fix stupid.
D

My web builder ran off. I have put together some material for a "don't sign IP17-18" website and flyers. Anyone here know someone who can make something attractive?

SonicBlue03 said:
His mom was a Holocaust survivor, so he's basically urinating on her legacy.
Click to expand...

Given the giant CF of corruption and political propaganda this Russia/Ukraine war has exposed, what makes it even more tragic, ironic and offensive is the possibility that this rabbi and his congregation, in their rush to virtue signal, have likely given aid to embedded neo-Nazis or those who sympathize with the Azov movement. That's a son who is not just urinating on her legacy, but dropping trow on it.
T

Suggestion not to put a symbol of any firearm on the posters of IP 17 or 18 but a phrase such as "do not disarm America" may work wonders.
D

A Portland church is collecting signatures to take away more gun rights in Oregon. Please do not sign. Those new laws will not reduce crime, because the people who commit gun crimes ignore them. They do however, threaten your own rights of self-defense if you ever need a weapon.

How do we know those laws don't affect crime?
Ask any police officer if laws registering or banning so-called "semi-automatic" guns or 20-round magazines affect crime. They say NO. PoliceOne, an organization of 450,000 officers, surveyed members on gun control policies. 71% said a ban on so-called "assault weapons" would have no effect on violent crime. 20% said they make crime worse. The numbers were even more striking when asking about magazine size restrictions.

This is a link to a summary page:

Never before has such a comprehensive survey of law enforcement officers’ opinions on gun control, gun violence, and gun rights been conducted

In 1994, Congress passed laws restricting semi-automatic guns and magazines. The law had a 10-year sunset provision. Researchers from both sides of the issue studied the impact on crime over the following decade and found no effect. Congress let the law sunset.

Gun control laws only hurt victims, especially the marginalized communities where gangs and violence plague the residents. The police can't be there to stop crime. They can arrive 10-20 minutes later and write a report. If they happen to catch someone, the offender is out of jail before you are out of the hospital. Laws that make it hard for honest people to protect themselves hurt only the marginalized communities, not the rich white liberals who impose them.

You may not be worried about self-protection today. Do you want to make that a lifetime decision? You want to know now that if an ex gets violent or people from a close-by encampment show up in your house, or other kinds of predators become a threat, you protect yourself and your familty. When seconds count, the police are 10-20 minutes away. Police write good reports, but if they aren't already there, they can't protect you. If you need protection, you can't wait. Don't sign away your rights to protect yourself in the future. You know they won't stop with these laws. They never do. You don't want to pay with your rights for the crimes of a handful of repeat offenders who should have been in jail.

22hopper said:
I found this on another Internet forum so take this for what you will…

“Lift Every Voice's petition campaign not going well
In a recent email about signature gathering they stated:

> DO I REALLY NEED TO DO MORE – JUST HOW ARE WE DOING?

> We have had about 25% of the signature sheets that are in your hands returned. We don’t know the status of the other 75%. If they’re fully completed they would give us 45,000 signatures. We have about 480 Circulators signed up. Using round numbers, to get 140,000 signatures will require each of us to get 270 more signatures. Some have already exceeded that number (Bravo!!!) But, we get it, for many… 270…... that’s stunning. How will we do this? We can each set a personal goal and commit to it.

If I'm reading this right, they've collected 10,500 signatures. No idea how many of those have been accepted by the election's division, but it's common for them to reject some amount of signatures.

They have until July 8th and they've been preparing for this campaign since September last year.”
Click to expand...

Can you share a link to where yoi found this info?
C

Probably from here unless this was copied from another place: https://www.reddit.com/r/pdxgunnuts/comments/u1el3c

Char77 said:
Probably from here unless this was copied from another place: https://www.reddit.com/r/pdxgunnuts/comments/u1el3c
Click to expand...

That makes sense it would have been in an email, probably meant for signature gatherers eyes. I wonder if a pro2A person signed up as a signature gather to get this type of info? If so good on them.

You can also sign up as a signature gatherer with a throw-away email address and tick the box "send me updates". 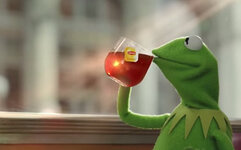 Oregon Oregon Democrats urge Congress to restrict your rights,and they're doing it in your name