Other State Opinions On This Police Shooting.

I found this on another forum and thought it would 'resonate' well here...

Looks like the guy answered the door with a gun, nothing wrong there. Just because someone knocks and says "police" doesn't mean it couldn't be a bad guy up to no good. Then once the guy realizes it is LE he tried to set the gun on the ground and gets shot in the process.

Hard to say - vid is not clear to me.

But it looks like the guy answering the door has the pistol behind his back with his hand on it?

Spelled Phoenix wrong in the title of the video. Credibility shot and unrecoverable.

That looked like an all around bad shoot to me. Definitely a high stress situation though!

After watching the video, I can definitely see the reason he had guns drawn on him when he came out with the hand on the gun, which the shooter could see. I closed my eyes and listened to the audio to hear if there were competing or contradicting commands regarding dropping the gun, but all I could here has “Show your hands, hands, hands!” and “whoa whoa whoa”. Not sure, but the “whoas” could have been the dead guy realizing who he was looking at.

I doubt this shooting will be ruled as a bad shoot for a few reasons.

1: They knocked and announced. Whether it could be anybody or not, coming outside with your hand on your gun will get guns pointed back at you if it really is the cops.

2: No competing commands, they ordered him to show hands. Problem is, when you got your hand on your gun behind your back and you’re half kneeling and iff balance, that hand coming out is a critical moment. I’m not sure how the gun ended up on the ground, but if it got there by the dead guy’s hand, that will bode well for the shooter.

3: Is it objectively reasonable for an officer to be in fear of death if a guy comes to you, as he’s been ordered after a knock and announce, with his hand on his gun? That has to be determined without hindsight because hindsight isn’t admissible. Objective reasonableness based on the totality of the circumstances.

I think the guy wasn’t in a good mood and that influenced his actions answering the door the way he did. He looks, after watching the video a couple of times, like he realizes it was a bad move and tries to rectify that. Unfortunately, it didn’t go well.

DV calls are no joke. They are one of the most unpredictable and dangerous parts of the job.

No_Regerts said:
He looks, after watching the video a couple of times, like he realizes it was a bad move and tries to rectify that. Unfortunately, it didn’t go well.
Click to expand...

This is what I saw also. But, I think he should have been a little more careful answering the door with a side arm. Especially since the officers announced themselves. It just looked to me like he was trying to set his firearm on the ground and his motions didn't look threatening to me. Again, high stress situation and I wasn't there.

Either way, the shooting officer only had a couple of seconds to decide what were the intentions of the guy with the gun. Hard to say whether he meant to draw it, or meant to put it down - keep your hands away from a gun when encountering LEOs.

cigars said:
DV calls are no joke. They are one of the most unpredictable and dangerous parts of the job.
Click to expand...

It was a noise complaint, they were playing video games ( read that on another board )
and supposedly had a stranger come to the door the night before

No_Regerts said:
Spelled Phoenix wrong in the title of the video. Credibility shot and unrecoverable.

It appeared to me that the officer had an instant impression, made an instinctual reaction that he needed to shoot. It went down quickly!!!

Could be the guy answering the door didn't really hear the 'police" part of the announce. Unfortunate all around.

bbbass said:
I thought it was "Phunx".
Click to expand...

Stomper said:
Non, no, no.... That’s from that old TV commercial “Hooked of funix”!


Uptown Sound got me hooked on hookers!!!

You must be talking ‘bout the car wash, yeah!

Stomper said:
You must be talking ‘bout the car wash, yeah!
Click to expand... 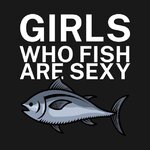 You have no idea how hard it is to find a pic of a gal fishing in normal clothing!!

You have no idea how hard it is to find a pic of a gal fishing in normal clothing!!
Click to expand...


I thought clothing (although strongly discouraged) was optional?!

Stomper said:
I thought clothing (although strongly discouraged) was optional?!
Click to expand...


That only applies to hugs from @No_Regerts.


Oh whoops, did I speak out of turn?

Kruel J said:
That only applies to hugs from @No_Regerts.


Oh whoops, did I speak out of turn?

Oregon Anyone have video on the deadly portland protest shooting tonight?
17 18 19

Oregon Defunding the police. Entitlement. And that's the way it is.
2