oa98pistol512 said:
Huh I just shipped a pistol back to Beretta last week at the ups facility on highway 34. At the time I asked what I could NOT ship as individual IE primers, powder , ammo ,guns and was told I can ship anything I please as long as it is properly labeled etc (hazmat). I was under the impression powder and primers were no longer allowed by individuals.
Click to expand...

The change just came into effect on Monday. The UPS facilities will no longer accept shipments of firearms or any firearm related parts from a non-ffl. Ammunition is not affected

I mean, if that's the case, then it really is none of their business if I ship a rail or trigger because those wouldn't require hazmat anyway.

I read somewhere that if you have an ffl 03 (C&R) license, you can use that to set up an account with UPS to ship firearms/firearm parts. But take that with a grain of salt, as it might not be true.
Still massively inconvenient.

F*ck UPS, FedEX, paypal, banking companies, and all the other private businesses working hand in hand with the anti-gunners to restrict our ability to practice our 2nd amendment rights.

TTSX said:
I mean, if that's the case, then it really is none of their business if I ship a rail or trigger because those wouldn't require hazmat anyway.
Click to expand...

That's true, and there is nothing they can do about it. But good luck dealing with the UPS overlords if your package gets lost/damaged and they somehow find out you were shipping a "scary prohibited part", the same way paypal does.
I believe there are some third party shippers you can use, which offer their own private shipping insurance you can use instead.

elija_t said:
Yesterday afternoon, I stopped by my local UPS customer center in Tualatin (not UPS store) to drop off some ammo I recently sold to another member here. Exactly like I have a dozen times before in the past

The employee behind the counter refused to accept my package, and told me I'll have to schedule a pickup instead. Asked why, and he said he had received an alert on his computer about a new rule that just went into effect the same day regarding "shipping firearms and firearm parts", and didnt want to take any chances shipping ammunition, as the rule is quite vague as to what exactly is now prohibited. Tried to argue that ammo isn't a firearm part it shouldn't be an issue, but he wouldn't budge at all.

So now I have little option but to pay to have it picked up from my place... Don't know if ammo is actually prohibited from being shipped at the UPS center as of now, or it's just a case of one employee being overly cautious. This new rule is a total load of bullbubblegum either way if you ask me.

Just a heads up to any of you shipping firearms, parts, or ammo through UPS, that they might not accept your shipment under their new rule.

Anybody here work at UPS or and know anything about this?

Yup I had a issue as well on monday, a dude bought a old scope for his .22 off me, when I went to the ups store they would not take it, because it was a gun part, sigh, im moving to Serbia lololol 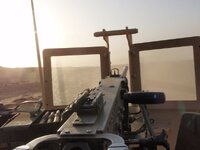 Send us some cool yugo ak part ki-... I mean uhhhh, tractor components while you're there
O

Well IF say berretta pays for ME to return it for repair ..Wonder how that works because the manufacture is paying for shipping.

oa98pistol512 said:
Well IF say berretta pays for ME to return it for repair ..Wonder how that works because the manufacture is paying for shipping.
Click to expand...

I believe you'd have to find an FFL registered with UPS to ship it for you. Or use another carrier

Look this is the same bs the 3rd party UPS store said in 2020 when I had to go to them to ship parts bought on Amazon. Advice and listen up…

#1 never ship actual firearm unless you have FFL

#2 pack everything to be able to withstand a 50lb brick falling down on it! Multiple boxes are free at grocery stores

#3 put a single battery in it and say that it has batteries and must be shipped GROUND!

#4 stop divulging everything to everyone you come in contact with

Most shipping companies will say that they don’t accept firearms or firearm parts. Be smart about what you are doing. Main issue is that…

#1 stolen packages and insurance companies not covering them

Shipped a rifle yesterday at my local UPS hub no problem. Prelabeled/Prepaid from home and grabbed a drop off receipt at the desk. YMMV...

A red flag will go up when the address your shipping to is listed as a registered FFL in their data base.

I seem to ship a lot of computer parts these days....

BlindedByScience said:
I seem to ship a lot of computer parts these days....
Click to expand...

What do you think the average firearm is worth?
3 4 5