The course if free but to get a certificate of completion, you need to fork over $60.

nwslopoke said:
I've been on the fence on that since the powers that be were counting on a democrat super majority. So, far reaching ideas really don't matter in that situation. If the liberals control everything, who's going to stop it? I don't care what daddy said. Momma told me I can stay out all night.

The federal court said there's nothing there, but like with a computer, you have to put in the right question. Looks like the state court did. Big shout out to judge Raschio for protecting Oregonian's rights.

Our hero of the week. 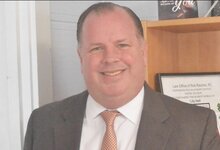 Xmark1 said:
114 was so poorly written, I don't think the people who originated it thought it would pass because it will not hold up under legal scrutiny. It was a commie attempt to subdue our rights. I question the vote count. It was a razor thin win; we have seen too much of this lately with mail in ballots.
Click to expand...

PiratePast40 said:
The course if free but to get a certificate of completion, you need to fork over $60.
Click to expand...

FYI: I just visited the OSSA site and the introduction on 114 training and experienced, like I do, on many 2nd amendment or pro gun sites a cyber attack of removal of the image, the vocal actor, presenter and the screen routinely turns silver blue with waves of bright blue light. Very common blockage on these types of sites. The announcer's voice many times is fully blocked leaving the waves of blue/white light. Maybe the OSSA site is blocked at times.

Xmark1 said:
The test was very easy. They made me read the answers first.
Click to expand...

The very first question was worded in an unusual way and I got that one wrong, so I had to redo that section of four questions (with the same questions).
T

IndyPrepper said:
Our hero of the week.

Maybe the judge has some constructive political ambitions. This is a good move!

It's just depressing that out of 36 counties, Harney county is one of the only ones that stands up to the BS. Malheur refuge standoff comes to mind. Wish I could move there.

If folks would humor me, please read my post on unscrambling all this 114 info - https://www.northwestfirearms.com/threads/collect-114-info-into-fewer-piles.432370/post-3451042

Vote up, or down, or don't vote as pleases you.

Librarian said:
If folks would humor me, please read my post on unscrambling all this 114 info - https://www.northwestfirearms.com/threads/collect-114-info-into-fewer-piles.432370/post-3451042

Vote up, or down, or don't vote as pleases you.
Click to expand...

It seems to me that this site really needs a real-time chat function. A lot of the dialogue could be handled there without gumming up the permanent threads.

PiratePast40 said:
The course if free but to get a certificate of completion, you need to fork over $60.
Click to expand...

I just did it and yeah that sucks. , I'll wait to fork out $60, I'm bummed I thought from the way the comments were it would end up free. I guess I'm once again duped. I'll just go back to supporting that Nigerian prince I'm allegedly related to 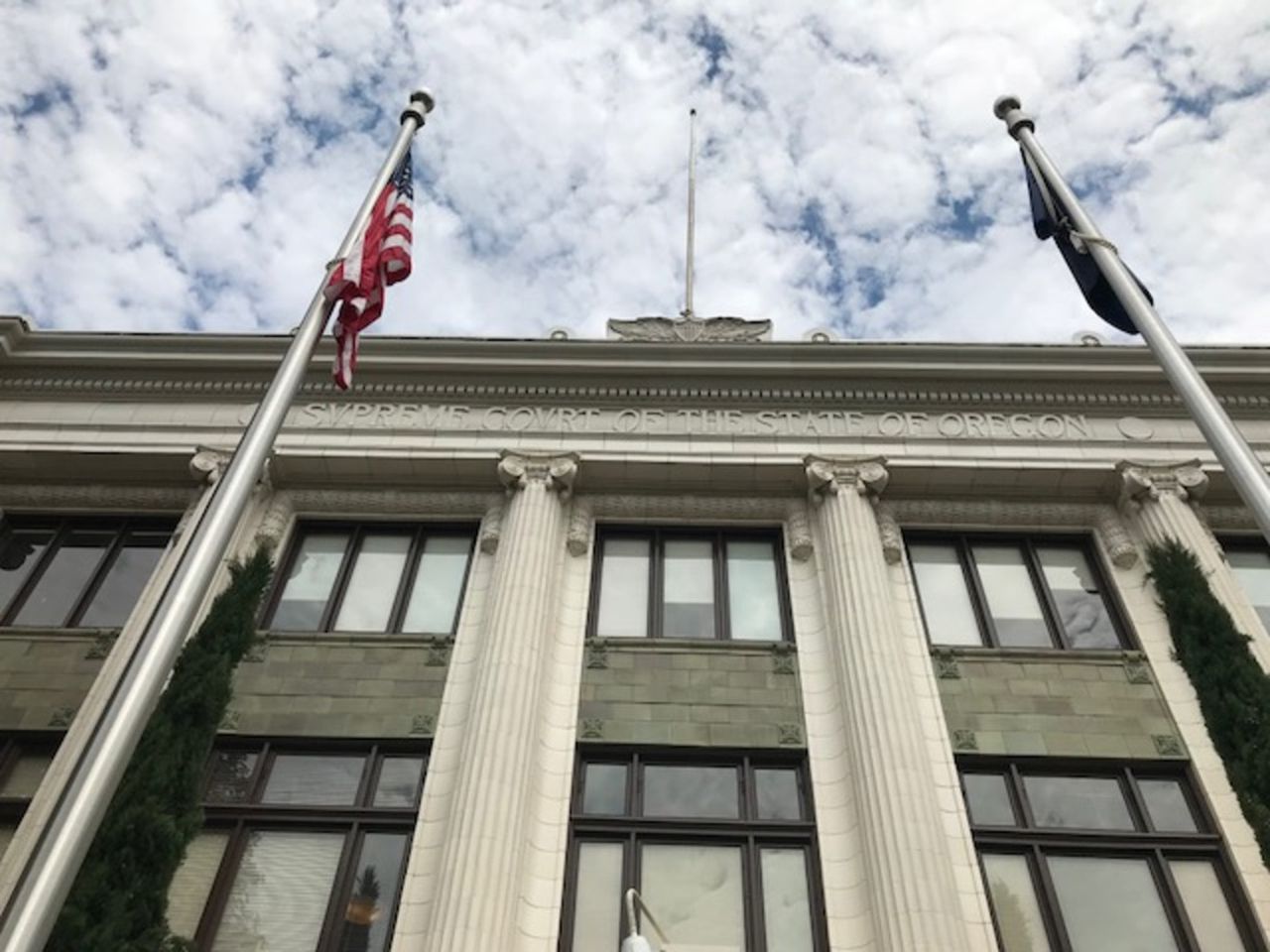 Well, that was certainly unexpected…

Judge Walters just beatch slapped Ellen a good one. I love it!!!!
P

I don’t trust Oregon Supreme Court. It would not have looked good if they reversed the rural Judges reasonable short delay. If they let it play out they know it is going up to them anyway. In the meantime, they get more time to collect good arguments from the neighboring states they will use to justify their decision the measure is oregon constitutional. The power is in their hands and there is no need to rush things and make it look bad like the DOJ is doing.
T

Judge Walters just beatch slapped Ellen a good one. I love it!!!!
Click to expand...

Maybe Maxine can start doing some real journalism-legal research on this matter and educate the public.

br1sket said:
It’s irrelevant what someone on tv says, if the law enshrined on the books says “fire” then it means fire and nothing else.
Click to expand...

Edit: Better yet let's hope it's a moot point because the whole thing goes down in flames!
Last Edited: Dec 7, 2022

_Will_ said:
From I understand here and from what others attended the lawsuit said. OFF lawyer Mr. Kaempf was a half baked lawyer who couldn't articulate if magazines were in " common use" and didn't make a real effort challenge the " permit system". Please do keep me honest here.

I feel like OFF rushed in, when this was better suited for heavy hitters like FPC or the NRA. I feel OFF did more harm than good.

We Needed a Superstar lawyer for this and OFF blew it...
Click to expand...

I can't argue with that. I was, let's say, unimpressed with the OFF lawyer's filings, and it seems the judge had the same reaction.

Esholalex said:
I just did it and yeah that sucks. , I'll wait to fork out $60, I'm bummed I thought from the way the comments were it would end up free. I guess I'm once again duped. I'll just go back to supporting that Nigerian prince I'm allegedly related to
Click to expand...

What I found weird is the intensity of getting jacked up for donations to OSSA for up to an additional $100.
I support the Police, but that is why I pay taxes.
I gave them $30 anyway, because so many LEO's took a stand against 114 and openly admitted that they oppose it.

Edit: Better yet let's hope it's a moot point because the whole thing goes down in flames!
Click to expand...

Like I already said. 114 is poorly written!
That benefits our side in court.

ZigZagZeke said:
I can't argue with that. I was, let's say, unimpressed with the OFF lawyer's filings, and it seems the judge had the same reaction.
Click to expand...

We get it, you don't like Oregon Firearms Federation, but why are you only critical of OFF when the attorney for FPC also testified before the same judge, and at the same hearing, and lost? You don't seem to be critical of NRA when they couldn't even be bothered to get their complaint filed in time to be heard.

PiratePast40 said:
According to Superintendent of OSP a few minutes ago, administrative part of the permit training can be a simple new module in the CHL training. Oregon State Sheriffs Association already has the CHL class available for free online so there is no reason to think this module would not also be free. OSP has yet to develop a plan for the demonstration portion.
Click to expand...

Agreed I don't think this is going to be that difficult to implement the training using much of the existing training mechanisms already in place for CHL training. I am seeing little mention of private industry training be included in these discussions. It was allowed for private industry to provide the training in the measure. This talk about having to have LEOs do the actual training and building special facilities to do the training is pretty much nonsense. OSP can make the training requirments as easy as possible to meet, I don't think LEVO or the AG is going to fight them on that. Dry fire instead of live fire is one example where OSP can make the training easier to accomplish. Measure 114 never mentioned having to live fire a round. It can be interpreted as demonstrate that you can pull the trigger. If you can pull a trigger you can fire a firearm. The measure didn't say that you had to demonstrate that you can fire a gun and hit the broad side of a barn or that you have to maintain a grip of the firearm after you fire it, etc. Toddlers have killed siblings by simply pulling a trigger.

PiratePast40 said:
We get it, you don't like Oregon Firearms Federation, but why are you only critical of OFF when the attorney for FPC also testified before the same judge, and at the same hearing, and lost? You don't seem to be critical of NRA when they couldn't even be bothered to get their complaint filed in time to be heard.
Click to expand...

I have a problem with the self-proclaimed hero who jumps out front and then is ineffective. This has happened with OFF more than once. Our side had a precious 6 minutes to argue against 554. Kevin used 2 of our minutes to rant about Governor Brown putting kids in the foster care system. I read the pleadings and lawsuit prepared by OFF. I read it from the standpoint of my legal education. I noted several weak or missing points. It was not good. I said so at the time. The NRA is backing #3, and has been since before its filing. The NRA advocacy team traveled all over the state prior to the vote, holding informational meetings. But people have been so steeped in the narrative invented by the gun control crowd that they won't listen. There are political and legal realities and limited resources. It's not smart to apply limited resources to lost causes, which Oregon pretty much is, and yet they came and worked hard. I watched Keely Hopkins work her bubblegum off in Oregon for several years on behalf of the NRA with ZERO thanks from Oregon gun owners.
Last Edited: Dec 8, 2022

Keep your eye on the ball, folks.
The emergency injunction stands, but the next step is GOA arguing in court that the injunction should be longer running. We need to make sure they have the support as they wade in on the state level battle. State Supremes did their job by ignoring DOJ's hyperbole, but the real fight will be on the nuances of the legal bits argued and either upheld by the judge or dismissed. If the GOA makes a highly compelling case and the judge rules in his opinion with a level of detail that makes it very difficult for Supremes to overturn on point of fact, that's what we need right now.
Share This Discussion
Link Email Facebook Twitter Reddit Pinterest Share This Discussion