Meanwhile, in Seattle - it is so unsafe downtown that county workers are escorted to the bus by security 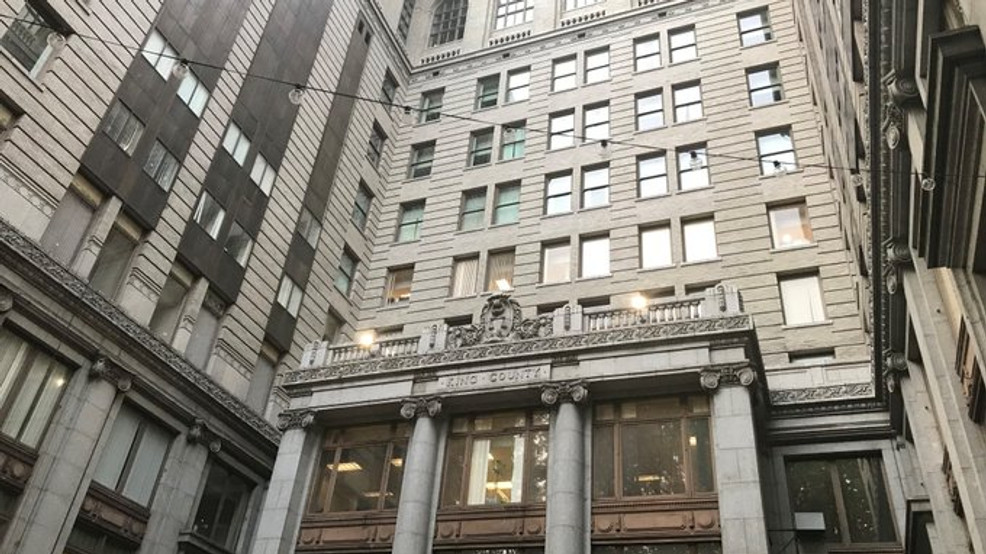 SEATTLE - King County is launching a new security program to keep county workers safe as they walk through downtown Seattle at night. Starting Monday, the pilot program called the "walking bus" gives workers the option to meet up at the 4th avenue entrance of the King County Courthouse in the...

Good grief. Another example of the resounding success story that the Emerald City has become.

Isn't it cute the little name they gave the anti-rape-murder-and-mugging detail? Still using the old control the narrative trick. I guess that one never gets old.

Yet next election they will vote back in the same morons who made the mess. So they can live in the mess they so love.

The wife worked in the General Motors world headquarters in Detroit in the mid 80s. Going to and from her car she was escorted by an armed guard. As was any other employee who requested it.

Saw her first dead body in Detroit, from an office window. It was just lying there on the sidewalk.

She grew up in Seattle and is heartbroken and enraged by what it's become. Really more rage now though; it's been a while and you can only be sad for so long.

The streets would be a lot safer if the mayor and city council had to walk to and from work.

Cavedweller said:
The streets would be a lot safer if the mayor and city council had to walk to and from work.
Click to expand...

Heaven forbid these people from getting a CPL and protecting themselves. Can't have that now, can we?
L

The future looks like all government workers and bureaucrats will be wanting to get on the bus. Looking around the world at all the millions doing protest its bound to come here too.
X

Seattle is a write off, I don’t ever plan on going there

When we moved to WA in '92 Seattle was the closest I had seen to a nice city.
Now it has dysvolved (I made that up) into the Emerald Cesspool after 29 years of the Dems' policies.
They destroy whatever they touch, as witnessed by the DPRK which was also pretty nice once.

Good morning. Some members of Congress have strangely good timing when it comes to stock investments

THE LIBERAL SPIN! It is the guns fault!

Anyone from South Dakota or can tell me about it?

In case you are missing something in shipping - train thieves