So, I recently acquired a Spanish Destroyer Carbine. It is one of the rare variants (M1) made in the early 1960s that is chambered in 9×19㎜ Luger, rather than 9×23㎜ Largo (aka Bergmann—Bayard). The rifle should be, according to tracking, here on Monday, and I'll add pics to the appropriate thread once it comes in and I have a free moment.

Question One: Do these run on standard Destroyer magazines? I can't imagine why they wouldn't, at least one parts supplier tells me they do, and the excellent (and reborn) 9㎜ Largo site makes no mention of a difference. However, I haven't been able to confirm as the model designation (M1) produces an insane amount of false positives. So, figured I'd ask.

Question Two: There is an interesting guide to converting Colt .38 Super magazines to work with Destroyers. Looks like a straight forward project and would put more rounds on tap. Anyone know of a source of these types of magazines?

Question Three: This variant is post war and garner little interest from collectors, as far as I can see. Though I don't usually mess with vintage arms, I'm thinking of threading it for a silencer. Any reason why this would be a problem?

No answers to your questions, just a congrats on the 9mm destroyer! That should be fun!

I would thread that thing for sure. Will make a super awesome, quite host being bolt action. 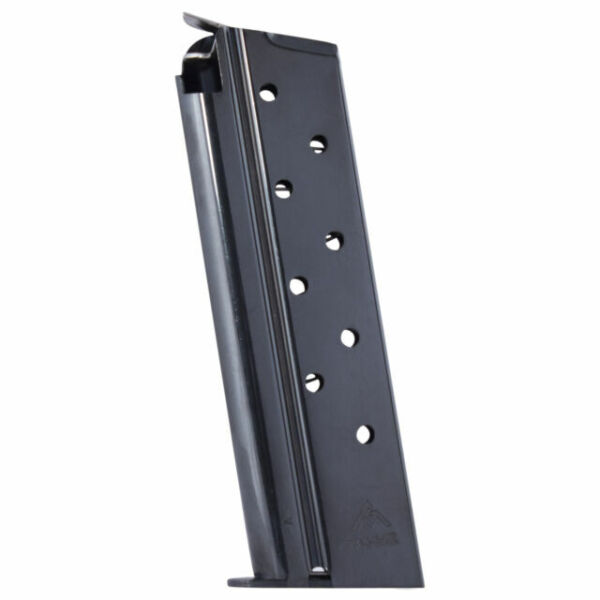 Find many great new & used options and get the best deals for MEC-GAR MGCGOV38B 1911 38 Super 9 Round Replacement Magazine at the best online prices at eBay! Free shipping for many products!
www.ebay.com

Thanks all. Though the rifle that is coming has a magazine, my thought is to acquire one of the mags to confirm it works, then buy do more if it is a go.

The house has been in a state of chaos for a while do to some major repairs, so I'm not sure where everything is, but things are settling down now so could look into the conversions for fun. I've seen wackier ones like this, but don't know how it was done:

And, just because, I found this vintage ad whilst searching various things:

Got my Italian M1d in.