Essentially, they layout a scenario in which minor atomic powers, such as Indian and Pakistan, go at it with H-Bombs. The result, according to their computer modeling research, would result in, from the article:

■ Nuclear bombs dropped on cities and industrial areas in a fight between India and Pakistan would start firestorms that would put massive amounts of smoke into the upper atmosphere.
■ The particles would remain there for years, blocking the sun, making the earth’s
surface cold, dark and dry. Agricultural collapse and mass starvation could follow. Hence, global cooling could result from a regional war, not just a conflict between the U.S. and Russia.
■ Cooling scenarios are based on computer models. But observations of volcanic eruptions, forest fire
smoke and other phenomena provide confidence that the models are correct.


Basically, according to their scenario, global agricultural would collapse for about a decade, mass starvation would occur, and the attendant social upheaval would be unprecedented.

I will say I'm not entirely sure of their modeling, and their "solution" of global nuclear disarmament is, frankly, a pipe-dream. That said, this would be one nasty scenario to contend with. Have you considered such a scenario and are you preparing for such? If so, how so?

Well, I guess I won't have to worry about mowing the lawn any longer.
Too many people spend their time worrying about things that will never happen.
However, if a nuclear war did start I will go run to the point where the bomb will drop.
I have no desire to try to survive in the world that would be left.

No point worrying about things that are so absolutely out of our control. Prepare for what you can, that’ll keep you busy!

I'm totally prepared. I'm presently enjoying the company of 72 non-virgins as we speak!

Yep, the jet stream and the trade winds are the ultimate distribution vehicles; what goes around, comes around..

Stock up on KI (Potassium Iodide) for the younger people in your lives, vitamin C in as many shelf-stable forms as possible.

Stock all the antiseptic and misc supplements you can afford.

Get at least 500 gallons of water out of the ground (system), and into plastic (food grade) totes.

A seed vault and inside growing equipment (with protected soil; pre-disaster) would be priceless.

A CV700 and CV715 to monitor radiation in food, water, clothing, and environment.

I have never lived through a nuclear war so my answer is a bit jaded. If one starts just don' be here, be someplace they are not trying to destroy. If there is anything left then you will find a way to live or pick a place to die. It' all going to be about what is left in my opinion but then I am just guessing and at my age it doesn' matter to me if I am right or wrong.
N

Our biggest resource is space. I would like to see more interest to building hwys across the country. The pnw can't handle millions moving east at the same time. Can't even handle rush hour.
H

Nuclear Winter has pretty much been debunked. And that includes a major global thermonuclear war between MAJOR players like the former USSR and NATO. The Commies who backed the notion of global nuclear winter used fudged data. Cites would not burn like the phony models indicated. At least not Western and Russian Cities.

Just me but is it possible the study presented is lousy from the get go? Do you believe enemies would target cities and not military infrastructure? Also, how many nukes does Pak and India have? Tens of thousands? How many would they get to shoot off? A Pak Ind war would be horrible. But WORLD nuclear winter? Ha ha ha. Nope.

Just a medial controlled political agenda? Kinda like the media inventing the word assault weapon? No such thing.

Former radiological officer from a small ISO Class 1 Fire Department. Consider Nuk Wint being equal to man caused increased CO2 levels being solely responsible for global warming. Yeah, sure. Garbage in, garbage out. The deep swamp. Shadow government. Pick your poison. I do wonder who paid for that presentation study. Humm.

Respectfully. Now a mega volcano going off? Now that would be a world problem. 1816. Yikes!

HB of CJ said:
Nuclear Winter has pretty much been debunked. And that includes a major global thermonuclear war between MAJOR players like the former USSR and NATO. The Commies who backed the notion of global nuclear winter used fudged data. Cites would not burn like the phony models indicated. At least not Western and Russian Cities.
Click to expand...


Good points. I too have seen research and other publications along these lines. Including, the 1987 update to Dr. Cresson Kearny's well regarded Nuclear War Survival Skills, published by OISM in Cave Junction, Oregon. (The text was first published in 1979, and updated in 1987, and then with a very minor update in 2001.) Parenthetically, an electronic version is available online here.

Anyway, as mentioned in the original post, I'm not sure I agree with the conclusions of the authors of the piece, but I did find the Scientific American article interesting nonetheless. Cheers.
Last Edited: Nov 27, 2017

I will probably get some iodine pills and such just in case but that is about it as I am as prepared as I can be for anything else.

SKrueger said:
I will probably get some iodine pills and such just in case but that is about it as I am as prepared as I can be for anything else.
Click to expand...

KI packs are available on Amazon and ebay. Under 12 bucks. Get them now before there is an event and a mad scramble. Search: iOSAT and Thyrosafe. Those two are FDA approved.

Why did this thread make me think of a certain movie... 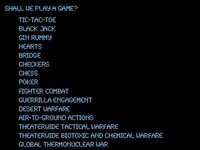 and I thought of The Far Side They use computer models to predict the weather That should tell you something.

Tarawa86 said:
Why did this thread make me think of a certain movie... Dungannon said:
and I thought of The Far Side
View attachment 408670
Click to expand...


Not really? That’s sad for those 72 non virgins!

What about all of the above ground Nuke teasing in the 1950s ? We are here other than maybe a high cancer rate.

We , the U.S. and the Russians etc, detonated a whole bunch of atomic and thermonuclear warheads during the pre test ban era. Some of them were freakin' huge. Wer'e still here and global cooling didnt seem to be much of a factor. .
Share This Discussion
Link Email Facebook Twitter Reddit Pinterest Share This Discussion

US Preparing to Put Nuclear Bombers Back on 24-Hour Alert