I have a hole in my collection, I think. But I cannot be sure. And since the want to try section didn’t seem to last, I’m going to post this here.

I want to shoot a K31 Swiss straight pull rifle. If someone has one around the central Willamette Valley and is willing to spend some time at ARPC, I’d love to give one a try before I commit to purchasing one.

I’d happily bring my milsurps to shoot and either trade or reimburse for ammo. I hope they are as good as people think say they are.

I shot one years ago over one summer that was a fabulous round for accuracy. What always gave me the jitters though was the 'look' that bolt design I had little faith in absolute safe functioning.

Nearly bought one last year, or maybe year before. But wasn't wanting the beech stock Never fired it anyway.

Simpson's LTD usually as a few for sale should you want to buy one.
I have fired a few and liked them...found them to accurate and fast to use.
Andy

My biggest milsurp regret was selling my K-31.
I can say just get one, you won’t be disappointed.
I mean, what other gun has literal match ammo as “surplus”?

My favorite 1,000 yard iron sights shot video of all time. I wish my Dad was into guns like this father & son are.

I will likely get one at some point, but I really want to shoot one first. Hopefully I can find someone local-ish who has one and wants to come play at the range...
L

Unka-Boo said:
My biggest milsurp regret was selling my K-31.
I can say just get one, you won’t be disappointed.
I mean, what other gun has literal match ammo as “surplus”?
Click to expand...

Among my biggest regrets is not buying every last one at $100 back when they were that price, not 15 years ago. Tables full of them at gun shows...

I cannot say enough good things about the K-31 and derivatives, you cannot go wrong with one. I have 3 of them, one origional, one "Contract" 6.5X55 and one Conversion to .308 win, all run flawless and shoot lights out! The .308 is the really trick one with a "Match" type laminate stock and Ghel iron target sights! I have often thought of swapping stocks and sights between the .308 and the 6.5, would be a hoot!

Ura-Ki said:
I cannot say enough good things about the K-31 and derivatives, you cannot go wrong with one. I have 3 of them, one origional, one "Contract" 6.5X55 and one Conversion to .308 win, all run flawless and shoot lights out! The .308 is the really trick one with a "Match" type laminate stock and Ghel iron target sights! I have often thought of swapping stocks and sights between the .308 and the 6.5, would be a hoot!
Click to expand...

Not sure how you can have ANY SWISS rifle/carbine converted to a smaller calibre like the Swedish 6.5x55, but hey ho, what do I know? And contract? Please tell me about this.

I have a K11 and a K31 - converted from a Model 1900, and made in 1954 respectively. I swap out the K31 with a Swiss Products mounted scope and spiffy diopter - even shoot it with irons, but the K11 is permanently nekkid. 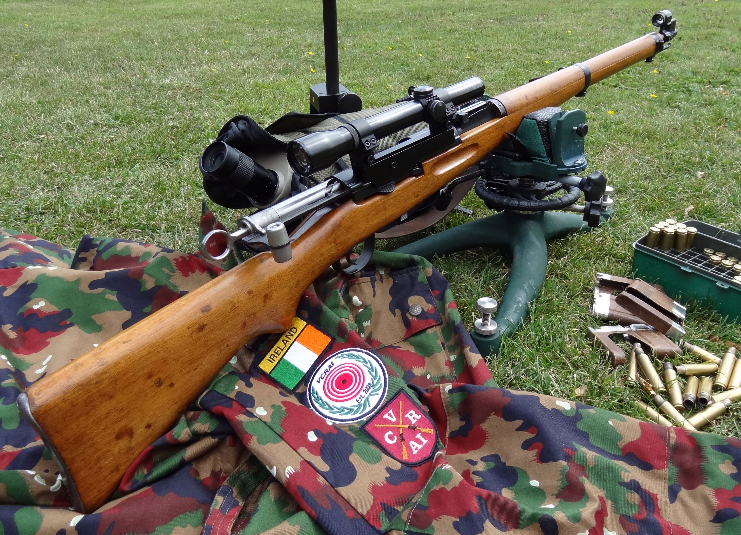 Scope is a $25 bargain bin special Weaver K4 from a jun- antique store in Wheeler - some of you might know it, with Warne mounts. It is as clear as the day it left El Paso, sometime in the mid-50s. I have a collection of 'em and love 'em to bits. 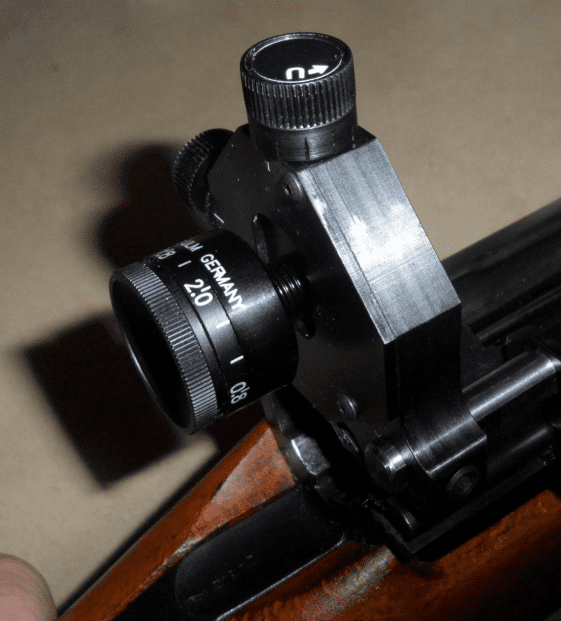 I also have hybrid - a Schultz & Larsen barrel and a K31 action with Gehmann and W+F sights in some unknown brand of prone stock. This one is .308Win for 300m only. I mentioned in passing - but THESE are the people to talk to for accessories for your SWISS schtuff - https://www.swissproductsusa.com/

Made in 'Murca, too. Anyone feels the need to talk with me about them please go right on ahead. But PLEASE do not confungle SWITZERLAND with SWEDEN, 'kay?

BTW, that GP11 milsurp ammunition is the very best on the planet, far surpassing anything you will ever have shot before. It's also .308 diameter, so reloading is a breeze, once you get over the ultra-long ogive of the original bullet and use a suitable substitute - Berger, JLK or similar. At 2650 fps, and weighing in at 174gr, it's 99% of a good .30-06 load.

It's also a kicker, for them as likes it.

41mag said:
I shot one years ago over one summer that was a fabulous round for accuracy. What always gave me the jitters though was the 'look' that bolt design I had little faith in absolute safe functioning.
Click to expand...

All I can say, after almost thirty years of shooting both my own Swiss rifles, and almost sixty years shooting them in Switzerland, that I've never heard of a bolt failure.

It's not like an early Ross, that CAN be re-assembled so that it fails to lock up. Basically, if a Schmidt-Rubin or K31 bolt is NOT fully home, it won't fire. Of course, there is always the chance that you may have experienced something different, and if so, please share it with the rest of us.

Simple naivete and basic ignorance based on anxiety and apprehension. It did produce great accuracy along with an growing reluctance to use it. Uncommon bird as never discovered other users at the range. Pre internet days. The problem wasn't the rifle, rather my own fears. Thanks for asking.

I don't think that the Swiss, as a nation, would have adopted a rifle and its descendants that lasted in service from 1889 to 1957, and that is still shot in the hundred thousands, that had ANY kind of a problem in shooting reliabilty. In fact, apart from a minor shift of the locking lugs from the centre to the front of the bolt, and a re-arrangement of the location of the magazine, there were no issues at all. A small batch of operation rods were made in 1944 with less than stellar quality steel due to wartime exigencies, but they were replaced on a mass recall.

The immense longevity of the barrels is due to the exceptionally high nickel-chrome content of the steel. Wear is almost undetectable. I gauged the muzzles of my K11 and K31 on buying them, both of them having been in service and would therefore have fired an unknown but definitely large number of service rounds. Last year I did it again, just to see how much they had worn out.

There was no difference in the measurements.

Also, the Swiss do NOT use oil, or pull-throughs. They use a very light natural grease - easily copied today with a similar light grease - both in the bore and outside on the metal and woodwork. Push a greased-up patch through the bore, up and down, ten times, while the barrel is still warm. Then, before you shoot again, patch it out, and shoot.

By the way, this is on it right now - an original El Paso zoomy Weaver - 3-9x40. Yet another find, this time in Gold Beach OR.

K31 were plentiful up until just recently when they vanished. I shot a K31 the first time earlier this year. The recoil is a nice and easy push... The action and lock up feel solid. The straight pull took a few shots to get used to, but no big deal. These are very high quality rifles IMO. I would love to have one.

On another forum, a skilled gunsmith/machinist opined that to replicate the action of the K31 today. with similar grades of steel, speical heat treatments et al, would hit North of $3K. The reason why you'll occasionally see a K31 with a serial number EPN'd on the bolt shroud is because the armourer's stock is devoid of any numbers, and the part is too hard to stamp with the new serial. For interest, please note that back home in Switzerland you can pay around $800 to have a new barrel fitted to your $50 K11.
OP

Yes, eventually if/when I get one, it will eventually cause me to give money to the Montana boys...

...and unlike the W+F Swiss versions, the SP model does up to 1000m. They are also blessed by the Swiss Shooting Federation, not that the Swiss shoot at any ranges longer than 300m.

Did you know that a K31 has also won at Camp Perry recently?