Nothing happens. There are no consequences.

From a thread about New York getting slapped. This dream federal statute applies to all provisions of the United States Constitution, not solely firearms legislation. This will require the 11th Amendment to be altered and we DO NOT WANT a constitutional convention.

(42 USC Section 1983b, Amended) Malicious Legislation.
"Any member of a federal legislative body who actively participates in the: drafting of; argumentation in favor of; the reading of into the congressional record; or who signs in sponsorship of said proposed legislation, and who votes in favor of the legislation, and who a) knows, or b) should have known, that its enactment would constitute an infringement on any of the provisions of the United States Constitution, shall be guilty of a felony."

(42 USC Section 1983c, penalites upon violation) "The penalty upon conviction or guity plea in the commission of Malicious Legislation shall be up to five years in federal prison and, in any case, not less than one year in federal prison."


Bottom line: the deck being so heavily stacked against freedom, it will eventually devolve into a civil war.

What Mr. Kirk did not address in the video: Can a particular political party (DNC/State DCs) be sued for intentionally promoting violations of constitutional rights? The evidence is already overwhelming.

po18guy said:
Bottom line: the deck being so heavily stacked against freedom, it will eventually devolve into a civil war.
Click to expand...

Nosferatu said:
bubblegum! Not yet. I need more 308 first!
Click to expand...

Eventually. I posted that Norma has sale prices and free shipping.

po18guy said:
Eventually. I posted that Norma has sale prices and free shipping.
Click to expand...

Already have some incoming.
P

po18guy said:
What Mr. Kirk did not address in the video: Can a particular political party (DNC/State DCs) be sued for intentionally promoting violations of constitutional rights? The evidence is already overwhelming.

Enough playing defense. We must go on the offense!
Click to expand...

You are totally correct, this being on the defense all the time is getting us nowhere, what it is doing is bringing in a ton of money for gun rights organizations year after year, it's time we went on the offense and start going after these polititions that go against there oath to uphold and protest the constitution. Mr. Kirk has a very good channel and explains things well and I thank him for what he does but what would happen to businesses like his and the gun rights groups if the Second Amendment was followed to the T? The supreme court is another problem when they come down with a ruling but don't give it any teeth. 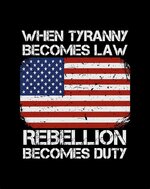 I've been saying for years now that any elected/appointed official that doesn't uphold the oath of office they hold should be charged with treason.

All financial assets and properties should be seized and rolled into .gov coffers. That would give American citizens a smaller tax burden.

Standard sentence should be life in a real prison, not a country club. Real prison.
P

We are about to see how this experiment in Oregon works out with the general public disarmed and only the criminals having guns, my guess is it will work out about as well as all the other decisions the people of Oregon have made a total train wreck.

Do what they do,
Ammunition control act fill it full of crap, that sounds good.... the aca curtlails the proliferation of dangerous ammunition & would keep the general public safe & at the very bottom of this 300 page proposed measure.

Within the confines of Multnomah County Eugene and wherever else passed 114 they can have there poopy laws that they want. Plus no one reads passed the first paragraph anyway & anyone trapped within this country that has a chl get's a free 3d printer and mag springs because they left that part out of 114 & you can make springs lol

When did the term "Mass Shooting" come into favor?