Hefty build, unstoppable, armored, gun ports and the whole bubblegumteree. Look at the odometer, 347K carefully driven miles. Geared low, big Diesel engine, imagine the amount of fuel burned over the life of the vehicle. Looks good in the pictures, seat upholstery could use a bit of work.

I’ll take it, it’s got over a half tank of fuel!!!
Let’s go zombie hunting.

The turbo looks pretty cooked.
Heavy means it must be on the road. Once you go off pavement, it's likely just a tomb. 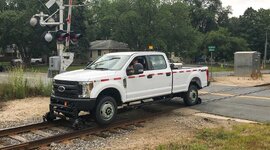 I always wanted one of these for zombie time

Hefty build, unstoppable, armored, gun ports and the whole bubblegumteree. Look at the odometer, 347K carefully driven miles. Geared low, big Diesel engine, imagine the amount of fuel burned over the life of the vehicle. Looks good in the pictures, seat upholstery could use a bit of work.
Click to expand...

Those things are not as fun as you might think. Especially out on the road. After the neighborhood conversation value fades, you would be left with a rolling torture chamber. The suspensions are built for payload, you get thrashed against the steel plates constantly. Then there are the A/C ventilation systems....think about riding in a convection oven set on high with a poor air cooling system.
Now if you wanted to cut the roof off you might be able to get some thing usable, but that is kind of like removing the turret on an old Sherman tank.
Decades ago I was playing with the idea of getting an old surplus M 119 and pimping it out, but found out it was being sold for scrap value only, some kind of permit was required to buy one that was operational.
I wouldn't be surprised if you would need an armored truck business license for this as well.

Pity the poor guys who ride around in those things for a living.
.

I always wanted one of these for zombie time
Click to expand...

But you would need to get it up to 88 MPH and a trestle to power the Flux capacitor, Marty. 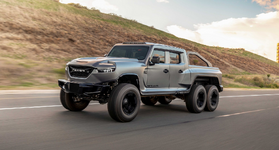 ob1 said:
The suspensions are built for payload,
Click to expand...

Being that it's an F-700, that right there tells you the suspension is rugged - and hard riding. I don't think most of the contemporary security trucks are made this heavy, what I've seen used lately are van-type conversion. After all, the use of coins (which create weight) is on the down-swing in the digital world.

Off road capability, lousy, as already stated. But in urban guerilla warfare scenarios, might be handy. I'm not remotely interested for a number of reasons. A police Crown Victoria rides too hard for me.
R

I'll take one of these: https://www.paramountgroup.com/capabilities/land/marauder/

In 2011 it was a 1/4 million, probably a lot more now. Steel has a surplus charge now, not to mention the insane inflation. A van. You can haul a lot and live in there. Disasters are usually local, go van life somewhere nice for a while.

toyota prius- no one will think you are anything other than a granola eating, Birkenstock wearing, leftest.

To blend in is to survive! Pistol grip pump on my lap at all times...

I like the kind of vehicle that doesn't run out of gas. 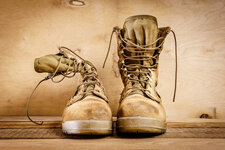 In 1919, Lt. Col. Dwight D. Eisenhower and an Army truck convoy crossed Wyoming and the nation to determine the condition of the nation’s roads—which were terrible. In the 1950s, with memories of that trip vivid in his mind, President Eisenhower suc

It had the 6.6 liter Ford New Holland inline six cylinder Diesel engine, made in Brazil. Basically, a tractor engine. I believe that engine was used from 1985 through 1991. Basic vehicle rated a 26,000 GVW. Way heavier than what is used for the same purpose today.


ob1 said:
The suspensions are built for payload, you get thrashed against the steel plates constantly. Then there are the A/C ventilation systems....think about riding in a convection oven set on high with a poor air cooling system.
Click to expand...

I looked at the seats, both driver and shotgun seat had shock absorbers, for what those are worth. The rear compartment had a separate, dedicated air conditioning unit. Being a 1991, it was pretty lacking in operator comfort.


Prefontaine said:
I like the kind of vehicle that doesn't run out of gas.
Click to expand...

Until one of your feet go bad.

y'all can tackle zombies in your paupermobiles....

The problem with anything that appears to be a nice SHTF vehicle when/if SHTF happens in our lifetimes is you become an instant target. People with $150k-$200k fully decked out Sprinter vans will have them taken away in a day or two.

BIG fan of convert living space vans/trucks that just look like an old commercial truck on the outside. Even put some fake company name on it. Ford Eseries box vans or a Van with a ladder on top and nothing on the outside that says 'come steal this, lots of good stuff inside.'

Questions For Those Who Have A Good And Well Rotated Food Supply Stored.
2 3 4