No doubt many of you are familiar with the Seattle Tom Wales murder, still unsolved even after dangling a $1.5m reward as a carrot. Over the years, the Feds have harassed and persecuted, WITHOUT CONVICTIONS, several local individuals whom they felt were persons of interest. Does this ring a bell yet? Wales...Makarov barrels...sellers' receipts and their buyers' questioned?

Bellevue (Beaux Arts) commercial airline pilot was their #1 suspect. The pilot's girlfriend (material witness they said)....and Bellevue FFL Albert Kwan. All 3 have incurred close to $1m in expenses and persecution for over a decade.

My opinion of Kwan is that he is an incredibly principled and stand up guy. I'd trust this guy based simply on his word and honor.

If, after reading this article, you feel compelled to show your support, a Gofundme account has been set up for Kwan. Kwan was kidnapped by federal agents, held against his will, & prosecuted for non-crimes, all because he said NO when federal agents asked to search his home without a warrant.

articles if you're needing insight

What does the firing of a U.S. Attorney have to do with a murder case? 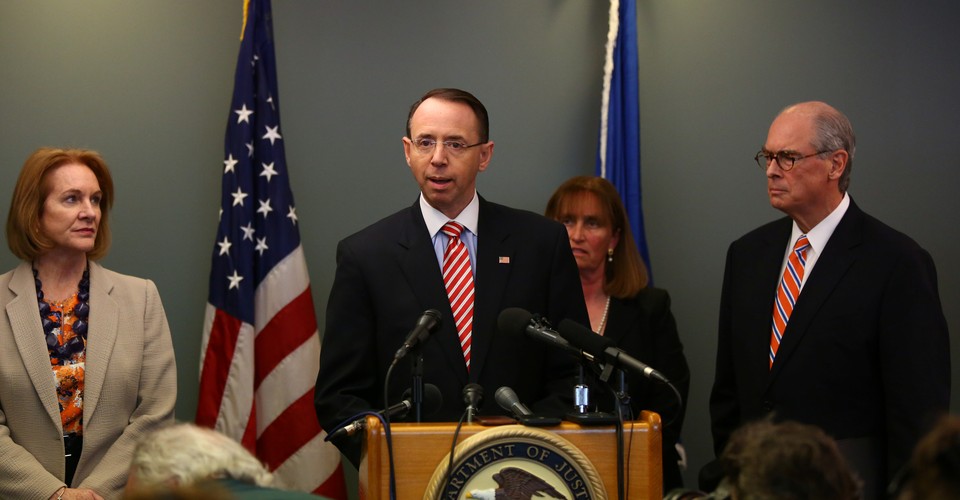 A Cryptic Addition to a Long-Standing Murder Mystery

Deputy Attorney General Rod Rosenstein flew to Seattle for a press conference at which he announced little, but may have said a great deal.

I met with Albert for dinner before the storm hit. He is a soft spoken, articulate and considerate individual. I tried to connect with him off and on but couldn't locate him. But I will contact Neal Knox now. Please, if you are swayed in your reading of his challenges, even $5-10 or so to the gofundme account Neal set up for Albert would go a long way. If anything, it would be a show of support for a colleague for him to know he isn't alone and that he has a family out there thinking of him.

I’m ignorant to how this work (gratefully), but how is it the gov was not required to reimburse for the confiscated items destroyed, not be sued for false imprisonment, maybe malicious prosecution, or a host of other civil violations?
Seems like this is a blueprint of a playbook the .gov could use all the time with red flag laws if there is no counter.
B