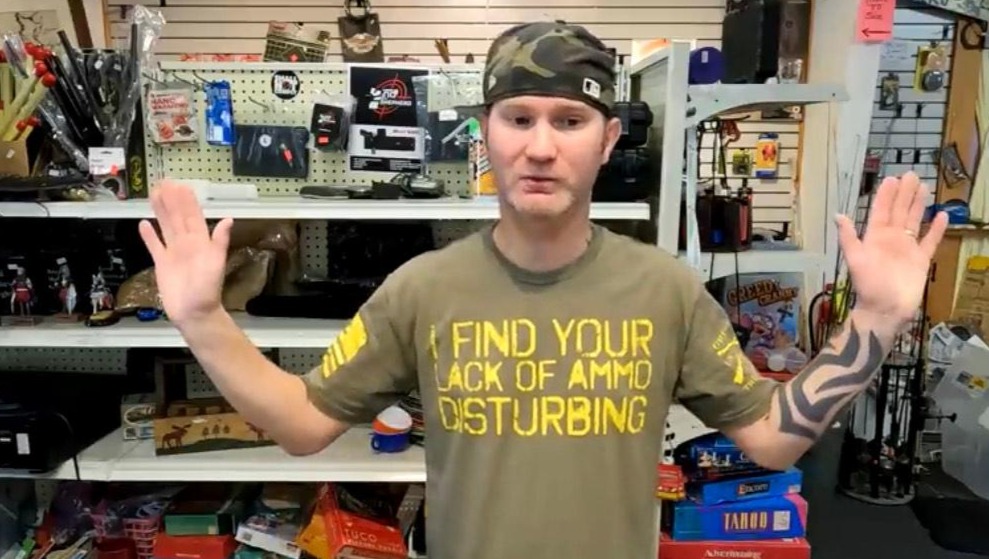 Today, Matt Hoover, was arrested. MY husband called me to tell me he has been picked up … Erica Hoover needs your support for Crs Matt Hoover needs our help!
www.gofundme.com 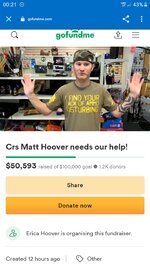 CRS Firearms youtube channel owner was recently arrested by federal agents on "conspiracy" to distribute machineguns because he promoted the novelty item auto-key-card.

This could be a chance to legally fight back against the ATF and the unconstitutional NFA, hughes amendment etc.

the auto keycard was just a metal card with a picture of a lightning link on it. the card was not perforated etc.

in this case, wouldn't that fall under free speech?

Put me on the Jury.

I think ATF has bitten off more than they can chew on this one.

The Autocard charges are questionable at best IMO, the conspiracy charges for someone accepting a sponsorship from them even more so. I hope this really backfires on the ATF.

I would like to see a larger org take the defense case on this. Of course it is highly doubtful that the ACLU would be interested even though it should come under freedom of speech. Their hypocrisy when it comes to the 2A is quite evident.

Didn't this happen once before? about a year or so back? I thought this was kind of settled. DR
O

seems like he got himself into trouble. definitely more to the story but the fear mongers run their agenda
R

By the ATF's logic, if I had a Bic lighter and a can of beans, I could be arrested for having an illegal unregistered flame thrower.

Or if your garage contains a can of gas for the lawn mower, some canning jars, and shop rags you are violating NFA34 by committing constructive possession of a Destructive Device.

The probable cause statement will tell the government’s story. It would be interesting to read it. It should be available by now.

No_Regerts said:
The probable cause statement will tell the government’s story. It would be interesting to read it. It should be available by now.
Click to expand...

Probable cause: Being a freedom loving American citizen.

The guberment knows that even if/when the charges don't stick, the real punishment is the ordeal they are dragging you through.

No_Regerts said:
The probable cause statement will tell the government’s story. It would be interesting to read it. It should be available by now.
Click to expand...

It is out there - or something like it. I read thru it. A lot of "whereas" assertions about conspiracy to commit.

Yep - poke the bear and eventually you get bit.

Aside from the legalities (or illegalities) of his arrest, right , wrong or otherwise he did not do himself any favors by making a video essentially describing a clandescent way to acquire the key card, then use it to 'scratch your full auto itch' and then 'throw it away.

Also a recent vid of his a few days ago screeching, 'FXXX the ATF' !, 'FXXX all gun laws!' and 'FXXX those constitution breaking muther FXXXers' probably didn't win him any friends or influence anyone either.

His 'punk kid' attitude, disheveled appearance and poor speaking and writing skills aren't real confidence inspiring to say the least, and combined with everything else he most likely brought most of his problems on himself.

SrMachoSolo said:
Probable cause: Being a freedom loving American citizen.

The guberment knows that even if/when the charges don't stick, the real punishment is the ordeal they are dragging you through.

That’s a great speech, but there is a process to this whole thing. If the Marshals were involved, it was very likely that the CRS guy had a warrant for his arrest Which would’ve required a judge’ or magistrate’s signature. I am wondering what evidence was brought to the judge or magistrate in order for them to sign that warrant. Probable cause is a very low standard of evidence so it wouldn’t have required much, but there would have had to be something.
Log in or sign up to reply here
Share:
Link Email Facebook Twitter Reddit Pinterest Share

Man who stole 22 guns from Freddies arrested in Washington

NO key for trigger lock