"The following graph clearly reveals the answer. The red line represents the top marginal tax bracket while the blue line shows the total amount of Federal government revenue each year. There are two salient points here. First, as the graph illustrates, as tax rates declined, government revenue increased. Second, there is a strong negative correlation between the two."
View attachment 676781

The variable that is left out of that is the GDP. As the GDP goes up, so would the revenue if the tax rate stayed constant as more private income is created and taxed. Not saying that the tax rate isn't the cause (or more likely, one factor), but correlation is not causation either and you can't just leave out the other important variable.

Social distancing: 1.5m may not be enough

Among the rules imposed on the population to help control the spread of the coronavirus (Covid-19) is the rule of social distancing – maintaining a distance of at least 1.5m from the person closest to

Here's an article with a bit more detail, including comments by MIT reasearchers, presumably those referenced in the BrusselsTimes article: They Say Coronavirus Isn't Airborne—but It's Definitely Borne by Air

WWShooter said:
The deficit is the delta between revenues and expenses - so a tax cut increases the deficit by $1 for each $1 not collected as tax revenue. Spending cuts invariably reduce economic activity. The best and fastest way to goose the economy (which Republicans would never accept) is to give a boat load of money to the poorest among us - who will spend every one of those dollars almost before received - mostly on wasteful things like food, rent, clothing and the like. Give me a tax cut, I just save more.
Click to expand...

Heck, if you only had a bow tie and a tweed jacket cuz that’s a Nobel-level economics lesson right there. Pretty much just double-tapped Laffer. I’m toasting you in isolation.

- Abbott Labs device approved for 5 minute testing of COVID-19
- 99% of hospitals are NOT overwhelmed
- 80% of coronavirus deaths were overweight
- CNN is being HORRIBLE in their coverage
- Mike Cernovich MVP for information on coronavirus crisis
- WHO lies to public that masks don’t help
Click to expand...

"80% of coronavirus deaths were overweight"

I noticed that in the news story photos featuring victims here in the US - they were mostly, but not always, heavy set, regardless of age. 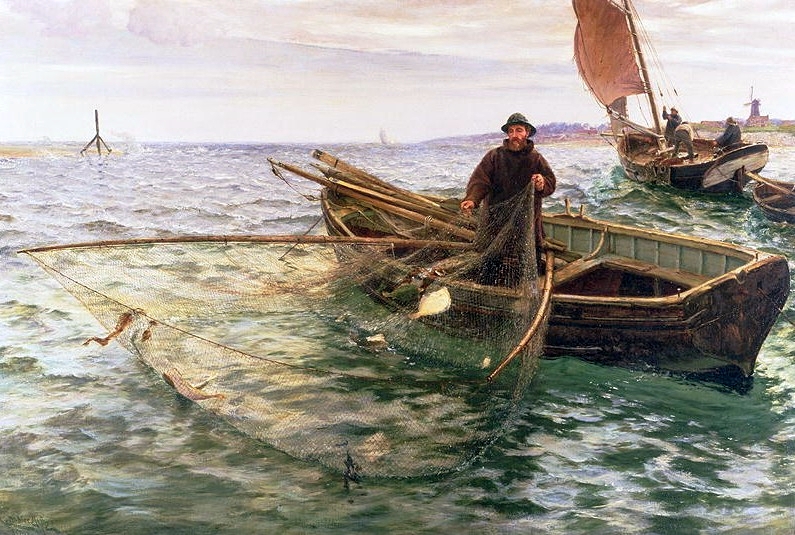 Cavedweller said:
You can easily see that revenues (as a % of GDP) plummetted under Obama and outlays mushroomed. Since he left office, the deficit, as a % of GDP has been relatively static.
View attachment 676815

I seem to remember something colloquially called "The Great Recession" that began before Obama came into office. It's possible that it had something to do with reduced federal revenues. Moreover, Obama didn't increase federal income taxes (Obamacare increased some taxes at the margins), so I'm not sure what significance any revenue decrease under Obama means vis-à-vis taxes.

And as The Heretic pointed, out comparing tax rates and revenues without looking at GDP is pretty meaningless.

WEIRD, BECAUSE ALL THE BEST PEOPLE TOLD ME MASKS DON’T HELP: More Americans Should Probably Wear Masks for Protection: Experts have started to question whether masks may offer at least some protection to healthy individuals and essential workers.

RicInOR said:
WEIRD, BECAUSE ALL THE BEST PEOPLE TOLD ME MASKS DON’T HELP: More Americans Should Probably Wear Masks for Protection: Experts have started to question whether masks may offer at least some protection to healthy individuals and essential workers.
Click to expand...

Masks for everyone works; masks when almost no one wears masks is much less effective. The reason for all the "don't wear a mask" messages was that we didn't have enough masks for even medical workers, but no one wanted to honestly say we had a shortage, so they lied.

Chris Martinson at Peak Prosperity and on YouTube has been on top of this since mid to late January, and has been the best and most accurate source of information on this pandemic I've found. I did all my prep buying in early February in almost empty stores, with no panic and no shortages.

I even scored some sweet, sweet Charmin.

WWShooter said:
The deficit is the delta between revenues and expenses - so a tax cut increases the deficit by $1 for each $1 not collected as tax revenue. Spending cuts invariably reduce economic activity.
Click to expand...

First, it assumes that the GDP stays constant - which may or may not be the case. If the tax rate goes down, but the GDP goes up, then these two factors (literally - factors in a computation - i.e., rate time taxable GDP == revenue) will equal something different than if the GDP was constant. The theory put forth by those who argue for tax cuts is that the GDP will increase because of various other factors, including increased investment. Now whether that is true or not is debatable, but you can't just ignore GDP and the portion of it that results in taxable income - it is another variable in the computation.

I.E., these factors vary and do not remain constant - so your assertion ignores that fact and is simplistic; there are other factors to consider, GDP being just one of them.

then there is the debt load of government spending - removing available funds from the market because the government is borrowing them, making it harder for private industry to get the funds it needs to do something productive. If a corporation fails to make a profit for long enough, it fails and is removed from the economy - economic Darwinism. If a government program fails to be efficient or just plain fails in its purpose altogether, the government keeps throwing money at it - no natural selection there, no competition.

Every dollar taken from a taxpayer, whether a small business or large corporation or individual, is one less dollar that entity has to invest, to pay for expenses, to put into the economy. Consumer spending is 70% of the US economy.

Government interest spending alone on its debt is 6% of its revenue. Administration costs? Some have said 30% - I am not sure of the percentage, but I would guess it is not a trivial percentage.

That same dollar, when it goes from an individual's pocket directly into the economy, has little to no overhead - no administration costs, no interest on debt (assuming the dollar is cash, and even if it is credit, the cost of that credit goes into the economy).

So tell me how taking $ from the individual and giving it to the government to spend (inefficiently and often unwisely) is better for the economy than letting the individual spend it directly themselves.

That is just the economics. There is also the ethical and moral aspects; I take my personal responsibility very seriously.

I don't demand that others pay for these costs. I don't go to the government and say "hey, I am sick", or "I've got ten kids I can't support", or "I need healthcare insurance", and "I demand you take money from all the other taxpayers out there and pay for these costs because I don't have the $ to pay for these costs" (regardless of why). I don't, but it seems people do and the majority of people think they should be able to.

Now I know most people in financial trouble (not to mention unemployed or sick/injured) are not in those situations thru some fault of their own, or at least not primarily their fault. I do empathize with them - I have sympathy for them, especially the totally innocents (e.g., kids). BTDT.

Government is, at its root, force. When you don't pay your taxes, you will be forced to pay them (garnishment, seizure of property, etc.) or you may even go to prison. There is no voluntary contribution of taxes. The government then takes those revenues and gives some portion of them to people who did not earn what is given to them. This is theft. It is the majority bullying the individual by voting that the theft is legal.

"Since the governor issued the “Stay Home, Save Lives” order last week, the state has received hundreds of complaints about employers accused of ignoring the rules. State regulators said they will start following up on those complaints next week."

Since the governor issued the “Stay Home, Save Lives” order last week, the state has received hundreds of complaints about employers accused of ignoring the rules.

WWShooter said:
I did all my prep buying in early February in almost empty stores, with no panic and no shortages.

I even scored some sweet, sweet Charmin.
Click to expand...

I checked my Amazon order history. I bought my N95 masks years ago:

If you guys want to debate economics, start another thread.

RicInOR said:
WEIRD, BECAUSE ALL THE BEST PEOPLE TOLD ME MASKS DON’T HELP: More Americans Should Probably Wear Masks for Protection: Experts have started to question whether masks may offer at least some protection to healthy individuals and essential workers.
Click to expand...

Who are all the best people?
C

oneharmonic said:
Not on $1200. Trump will be burning through another $2 Trillion soon.
Click to expand...

Trump will be burning? Do you know how money is spent?

Another cruise ship in trouble. Stay off those boats, people!

"A cruise ship carrying more than 1,800 people off Panama has begun moving healthy passengers to another ship after four people died and two others tested positive for coronavirus.

There were initially 1,243 guests and 586 crew on board the Zaandam, including four doctors and four nurses, the company said." 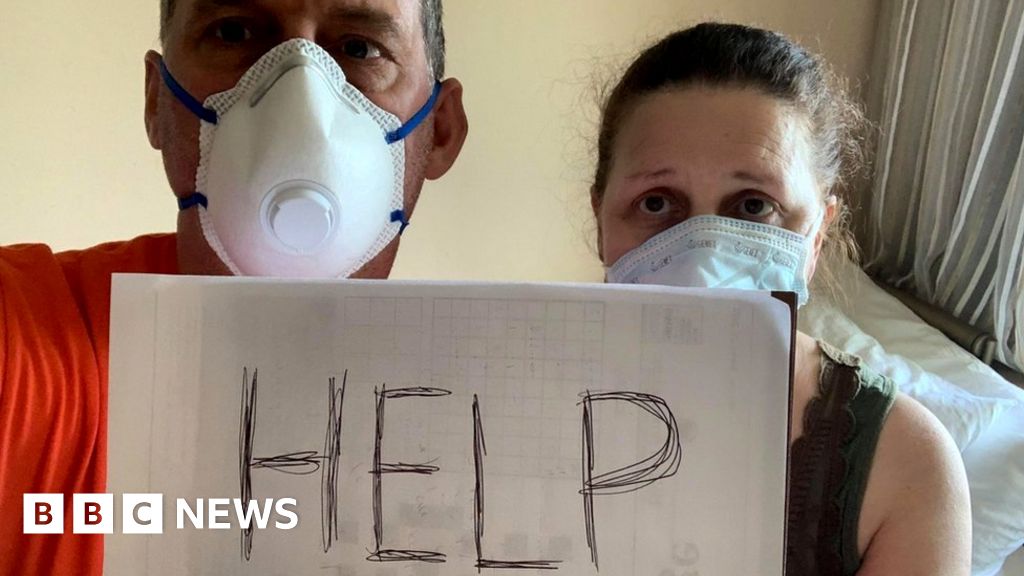 Healthy people on a cruise liner lying off Panama are being moved to another ship after four died.

Who, really, who, would've gotten on board a cruise ship within the past three weeks, given what's happened???

"The Zaandam was on a South America cruise that departed from Buenos Aires, Argentina, on 7 March."

sobo said:
Who, really, who, would've gotten on board a cruise ship within the past two weeks, given what's happened???
Click to expand...