I was hiking in the Appalachian mountains a few weeks ago and came across a couple of aggressive dogs. I pulled out my 9mm (which I carry while hiking) and fired a round in their general direction and fortunately scared them off. I guess this is the first time I've had to fire my gun in self defense.

While I continued my hike it made me think, if this had been a wild animal like a cougar or a bear, the 9mm would have been useless. Thus, I am now in the market for a shotgun. I have decided on the Mossberg 500 but am confused on how to carry a shotgun while hiking. I use an Osprey Kestrel 38 backpack.

Does anyone carry a shotgun while hiking and how do you carry it? I've seen the Mossberg 500 JIC series but that seems like precious time would be lost to get it off my shoulder and out of the container.

Any help is greatly appreciated!

On a side note, practice makes perfect. I practice regularly pulling out of my shoulder holster and side holster as well as I go to the range regularly and frequently. I noticed that this practice payed off as without hesitation I unclipped my shoulder holster pulled the gun and took off the safety in one seemless motion. If I had snagged the gun on the holster or had trouble unclipping the holster or forgot to take the safety off I may have been a victim. Practice, practice, practice!

If you are not satisfied with the 9mm why not just get a 40 or 45 in the same platform? 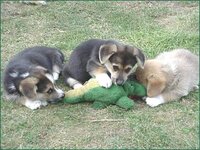 He warned the jogger and the cougar has been seen again.

There is an outfit that makes a chest holster for Mountain Guns that is made for riding a quad. It would work very well for a backpacker should he be attacked as your hands would automaticly go to defend the body. Think it's by Gunmate. I have one and it holds my gun very comfortable plus it has six loops on the front for ammo.

I agree that a larger caliber hand gun would be a better way to go for hiking. If you are set on a shotgun, you might consider a shotgun scabbard secured to the side of your pack.


2nding bigass revolver. One with a 6" barrel too for the extra velocity. Plus, they are tons of fun on the range!

stick it in your backpack, Book of Eli style.

i really don't think any other pistol is going to be more effective against animals. a 9mm with a good load- 124gr gold dots, for instance- is probably about as effective as any 40 or 45, but easier to fire rapidly. thats why people carry them.

moving to a magnum caliber will probably improve terminal ballistics, but at a substantial sacrifice to shootability. recoil mitigation, ammunition capacity, handling, and reload speed are all shot to crap with revolvers.

shotguns perform really well in terminal ballistics, and are a far cry better than magnum handguns for shootability, but still suffer in shootability, ammunition capacity, and reload speed.

therefor, i carry a carbine with me in the woods, and always recommend it to others. semiautomatic .223s, like ARs and minis, pack some pretty destructive firepower, in an extremely shootable platform.. and reloads are a snap.

remember that animals are really fast and agile. and they're really hard to hit when running at you, for some reason. you want to be able to put a high volume of accurate fire at em as quickly as possible.

coming from Alaska i am in the practice of hiking and fishing with a shotgun pump (I carry a Nova) or a 30-30 carbine lever gun. I have handgun .44 and .45 long. I come from a thinking that if you think you may need a gun, carry a long gun when you can. I don't think anything tops a good lever 30-30 for speed lightweight easy to swing, good round count, however it is not very tacti-cool.

Here ya go! this is right up your alley.
<broken link removed>
M

I agree with some others. I would go with a Smith and Wesson 686p with a 2 or 2.5" barrel. I do agree with bkb0000 also though that modern 9mm loads areclose to if not just as potent as some of your larger calibers.
T

Being from North Idaho originally and living in Alaska most of my adult life I carry a shotgun (as my name suggest's). I even carry the 500a

Get a collapsable stock. Here is a link to a local Alaska Forum on just such a topic.

Gaust said:
I agree that a larger caliber hand gun would be a better way to go for hiking. If you are set on a shotgun, you might consider a shotgun scabbard secured to the side of your pack.
Click to expand...


Thank you, I'll look into that.
S


I've done a little research on the .357 and .44. There's a lot of disagreement between their ability to stop large animal attacks; unless one is a crack shot but I guess that would be the case with any caliber pistol.

Also, there is the cost factor. I have a small budget and can get a good shotgun very cheap at the gun shows in GA.
S

Mudpuppy and bkb0000,
The rounds I carry, and used in that hiking incident, are 147gr JHP. Is there a more potent round available?

22many,
The super shorty looks interesting. Easy to carry.

Triplebuckshot,
Thanks for the advice on the collapsable stock.

Thank you all for your input!

I think for an animal other than a grizzly down here,not Alaska,a 9mm would at least fend them off.
And I have always heard that personal defence loads aren't the best for animals.You should use heavy solid core or FMJ loads.
Now I would agree,if you have a convenient way to carry it,a lever 30-30 would be a great gun,but if you can handle the grip,a 10mm is a great round and I have talked to many who use it for hunting.
As said,animals are fast,do you really want to try to get the rifle/shotgun out?
In Alaska I could see wanting a shotgun or rifle for sure.Or around Jellystone for grizzlies.

I would bet your 9 will take care of most predators in the lower 48 at attack range.You don't think 10+ 9mm would drop a cat? 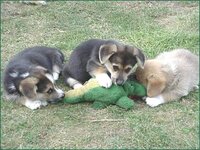 More disturbing behavior by the powers that be in regards to carrying a firearm... legally!