I found this short history video interesting, so am passing it along. Cheers. 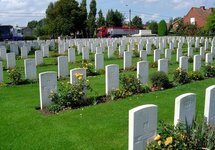 My grandfather is the first in line, Grave B1, in the middle row at the far end of Templeux-le-Guerard Northern Extension Military Cemetery, on the Somme. 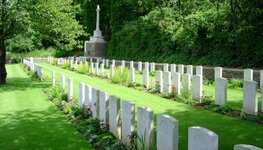 Easier to do this type of research in the British Military in that they kept extensive records of actions. We on the other hand lost a HUGE amount of our less then steller action records in the big fire in St. Louis. My grandfather had an extensive 26 year long carreer in the US Army starting in the mounted Cavalry in 1927 and running until 1953. Yet the only records that exist of his time in the Military are his Pay records which do tell a little but nothing to do with his actual actions during the Boxer Revolution his time in the Aleutains or WWII in New Guinea and the Philippines or his time in the Army of the Occupation.

And since he never talked about it only telling my dad he didn't do much of anything was just a supply Sargent. Well I doubt Supply Sargent's get a battle field promotion to First Lieutenant But Grandpas pay records show that he did while his unit was fighting in New Guinea.

I love hearing actual accounts of what the men and women in the military went through heck I even enjoy learning about the ones that stayed home and built stuff for the wars. Then he began to work for the War Department, fixing up these - 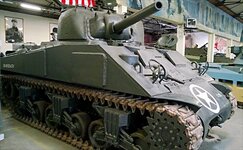 You can't see any of those rather disconcerting holes in it, because my dad had patched them all up, using an early form of atomised metal spray called the Starlight Process.

Being a convicted terrorist, he was not allowed to join the Armed Forces of the Crown.

You have my attention now, how did your father get to being a convicted terrorist? Sounds like an interesting story. Not trying to pry, just interested as it intrigues me that you mentioned the fact.

When he was a young man he used to blow up police stations. Needless to say, the Crown took a rather dim view of that particular practice, and when he was finally caught, along with a few pals, he was sentenced to fourteen years hard labour. Less than six months later, the UK government and the provisional government of Ireland signed a truce, known as The Truce. Ireland, well, twenty-six counties of it, became the Free State with quasi-independence, and all prisoners of the former Crown authorities who had been jailed for acts against the Crown were instantly released. My dad joined the Free State Army, and was instantly embroiled in the Irish civil war, known as The Irish Civil War.

Meanwhile, the six counties of Northern Ireland remained loyal to the Crown [mostly], and between the two states that laid down the basics of the next eighty years of murder, mayhem and ill-will that prevails today.

During my time in the Army and Northern Ireland, that is to say, 1970 and 1996 [I never went back after that] well over five thousand people had been done to death by various means, and it is still happening, albeit in much smaller numbers.

Thanks for he back story. When you first made the comment I figured you are at least part Irish. I am part Irish also and did a geology search thanks to the internet that was very interesting. It goes all the way back to the Plantagenet kings and beyond to Viking and Saxon kings. My grandmother always said family lore said we were related to the Medieval kings and queens of England. Too bad she passed away 15 years before I made the discovery and had the proof. She would have been happy to know it was true. I will have to dig up the old post cards that my great aunt sent home when she visited the family in Ireland over 106 years ago and find out where they actually lived.


Sadly, it's never going to happen.

It could have been different, but the intransigence of the Protestant population of the Northern six counties made it impossible.

The result has been almost endless conflict, albeit on a small scale, since 1922.

With a name like mine, it was often quite difficult dealing with what was then called the RUC, now the PNSI, and hard to believe that I was once asked by a senior police officer why I'd joined the British Army at all, with my background. I responded by asking him why his family had elected to stay in the North after the partition in 1922, and then the independence of the Southern State in 1948. My father's name was Foley - a predominantly southern Irish name, and his was Bailey, a predominantly Co. Kerry name. My name means 'plunderer' in Old Irish, after the fact that my ancestors came from Scandinavia, and his name means 'villager' - modern Irish 'Báile' means town or dwelling place. He smole and gave no resplone.