I'm selling a complete rifle built using one of the rare factory Armalite SASS trials carbine uppers. Armalite produced these along with 20 inch uppers for the US army trial, but never sold them as a complete rifle. A factory Armalite suppressor gas block assembly has been added to allow the use of a suppressor. I have the standard piccitany gas block that Armalite provided as well. The lower is a Noveske, and the inner parts are all AR10, with the exception of a Rock River 2 stage match trigger.

The gun weighs a bit over 10 pounds unloaded with no scope. The barrel contour is heavy to allow prolonged shooting, as well as full auto shooting. (This gun is NOT a full auto in its current trim) The upper is all factory Armalite as it was delivered from Armalite, again with the exception of the gas block.

In the pictures, an Advanced Armament hider/suppressor mount is in place, but the original AR10 flash hider will be switched. The suppressor mount is not included. The scope and mount, and the grip/tripod are also not included. I will include four Armalite mags, two 25 and two 20 rounds. I will also include a soft tactical case and about 80 rounds of south African NATO ammo and 10 rounds of Winchester silver tips.

I hate to sell this rifle, because it and I just work so well together. With target ammo I could get sub moa at 100 yards and 1.25" with NATO Unfortunately college is expensive and I can't afford to shoot it.

I'm asking $1600. I would like to meet FTF and will drive an hour or so from Eugene. 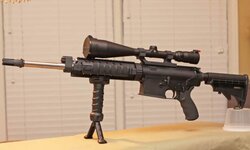 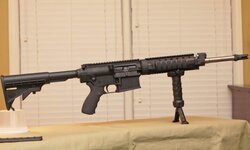 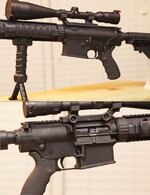 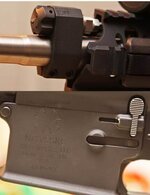 the great tax me state: Nebr

would you consider shipping this rifle and of course I'd pay shp/ins cost's...

Hillsboro Gun and Knife Show
In 58 minutes
Hillsboro, OR