For strictly getting into target shooting with a .22, is it dumb to buy a Keltec PMR-30 chambered in .22WMR? Is it harder to find .22 magnum ammo? Pros and cons?

And with that said...since you stated "strictly target shooting"..I'd go with a .22LR firearm.
Andy

If only plinking and not hunting, .22LR over .22WMR. Otherwise the more powerful cartridge.

For whatever it is worth we, briefly, had the carbine version (CMR30) and it was such a steaming pile of goat plop (metaphorically speaking) that I'll never buy another Kel-Tec. YMMV.

I’m a huge fan of .22WMR. That said, for plinking I’d go with .22lr. Mag ammo is significantly more expensive.

.22 wmr is great for hunting no target rifles no match ammo, .22 lr is what you want.

Ditto all above. Skip the Keltec and 22 Mag pistol idea and spend the extra hundred or so for a Buckmark, Victory, or Mk IV all in 22LR.
OP

Thanks guys...as usual the collective has been most helpful to the new guy!

Unfortunately right now (at least in my local) 22wmr is much more available during this COVID situation which is abnormal. Even then I too would still suggest going with a 22lr (ruger mk IV lite is my personal favorite)

Something to keep in mind as you decide which 22lr gun your going with if you see a box of ammo at a decent price grab it up as it won’t be there tomorrow.

Red98422 said:
Something to keep in mind as you decide which 22lr gun your going with if you see a box of ammo at a decent price grab it up as it won’t be there tomorrow.
Click to expand...

This is very excellent advice.
Andy

Also for what it's worth (tip of the hat to @CountryGent ), I have a PMR30 that likes to break firing pins in 100 rounds or less. Currently on it's 3rd firing pin and sitting in the factory box in the back corner of the gun vault with a "Do not shoot" label on it. While KelTec has been great for sending me replacements free of charge, the hassle of dealing with the 4 teeny tiny roll pins that hold the firing pin retaining plate in place just isn't worth it.

The last couple times I've been to Sportsmans they've been totally out of all rimfire (not that I needed any), save for 5mm and .17 caliber.. get a good .22lr pistol though, you'll find some.

Don't know if it fits the bill for you because it's a single action and not semi-auto but a Ruger Single Six with a 22LR cyl. and a 22WMR cyl., you could shoot both, while economizing your ammo with how long it takes to load and unload

I have a Marlin 783ss in 22 WMR which I love, great varmint round, pre-covid times you could always find 22WMR at Bimart, I haven't seen it there since March.

Agree with many of the comments above. The variety of 22lr pistols out there is staggering. You can get any type of pistol u want including 22lr "versions" of larger caliber guns (1911, etc, etc). Keltec would not be a gun I would buy personally but everyone is different.

Also the variety of 22lr ammo available is staggering. Want premo ultimate match ammo? Yes it's available. Want cheapo bulk? Yes it's there. And probably about 100-200 different rounds in between I would guess. Any weight, FPS (including tons of subsonic rounds), coating, hollow vs round, even tracer is all available and most ammo is not outrageously expensive. If serious about target shooting rimfire, ammo makes all the difference.

Also note that many of the benefits of 22mag are lost in short barrel guns. I posted the energy loss numbers before but as you get shorter it's basically all gas and fire and noise and little of the powder goes to actually propelling the bullet. Check out ballistics by the inch and look at velocities for different barrel lengths.

Also I would suggest getting a gun with threaded barrel so u can add a suppressor in the future if u want. One of the really fun things about 22lr imo is shooting suppressed.
L

I've got 6 new 50rd boxes of 22 WMR that I traded for accidentally. If any of you are interested in a trade... 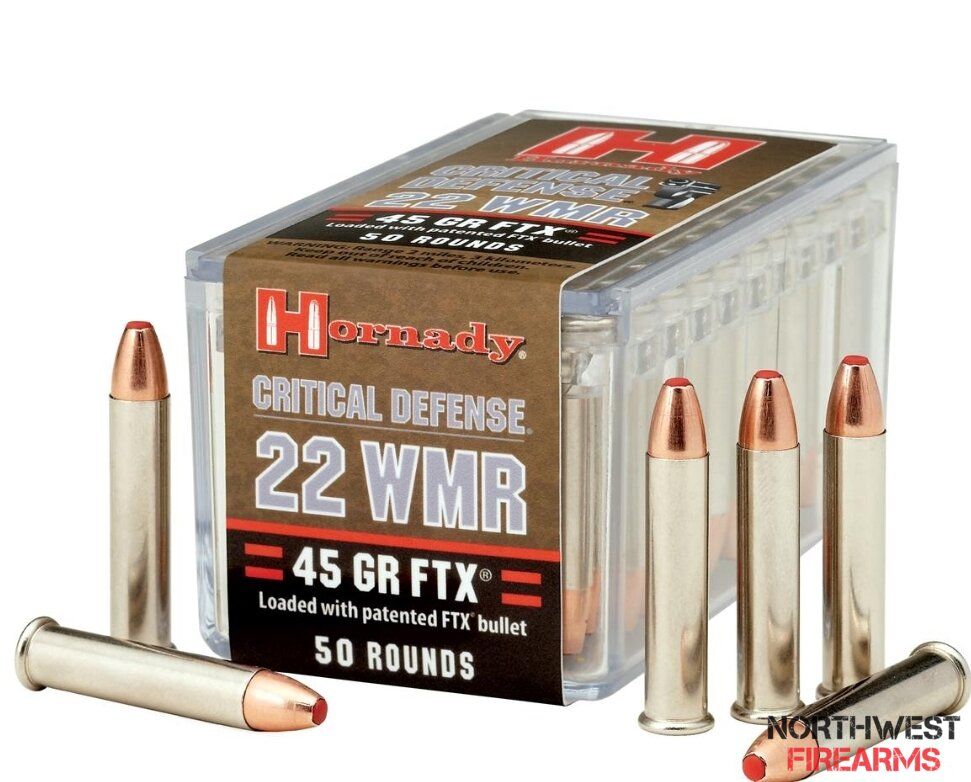 Lefty2APDX said:
I've got 6 new 50rd boxes of 22 WMR that I traded for accidentally. If any of you are interested in a trade...

I can trade u for 22lr if u r interested. I have federal champion 800 packs and Remington golden bullet 525 packs and probably some others (I know I have automatch also but can't remember the rest). Also federal 12 gauge slugs. Can also trade good cigars if interested or various knives.
Last edited: Nov 28, 2020
M

7up yours
Gold Supporter
Silver Supporter

Single action revolver in 22lr and a brick of ammo (if you find it) will go a long ways and put a smile on your face.
C

I do not know anything about the Keltec brand other than what I have read HERE on this forum.

I never looked at them, I never owned that brand in firearms and I do not know anyone who owns that brand too.

Regarding 22lr versus 22wmr aka 22magnum - I own and shoot both now in rifles.

CZ 457Lux bolt action rifle. I use iron sights and no scopes.

I would pick the 22lr caliber FIRST for ANY type or style or brand in a handgun or in a rifle if I was just getting my first RF firearm. I would pick it due to the COST of ammunition and the availability of buying ammunition.

I am NOT talking about these CRAZY TIMES NOW with fake/real ammo shortages or the ones in the past including after the CT murders which went on for YEARS ON END when it came to RF and all other fake/real ammunition shortages.

ALL ammunition has been short here (MT) in RF and in CF ammunition and ALL over the country. Shotgun shells have been short in some gauges too!

My husband has been able to find some 22wmr ammunition on and off in our stores where there was NO as in ZERO 22lr in stock other than a bit of Ely or Norma which we do not buy but we did TRY it in the past. And MOST of the time there is NO 22lr ammo on hand including in the Ely or Norma brands!

He recently found a BIT of 22lr in Remington Golden Bullets, Winchester and CCI but we PREFER FEDERAL Auto Match (Lead round nose.) and FEDERAL bulk box (HP=Hollow Point) in 22lr.

Do you want to plink, practice your shooting skills on a VERY regular basis or only a few times per year, compete, hunt and/or use a RF firearm in ANY style for self defense too?

(Don't laugh because some people do use that firearm caliber (22lr or 22wmr) at various stages in their lives for self defense. I do realize that many people scoff at that idea too. NO problem!)

One man mentioned the RUGER convertible single action revolver in 22lr/22wmr here. They are GREAT handguns if you LIKE shooting them. I did! I owned several of them in the past.

I have owned and shot 22lr in a few semi automatic firearms in the past too.

Smith and Wesson Model 22a

Marlin Papoose (CT Made.) rifle with a blue floating case.

(I have shot some other people's handguns and rifles in 22lr too.)

I no longer own, carry or shoot ANY handguns in RF or in CF calibers.

I ONLY shoot RF firearms now too. Rifles but only in 22lr and 22wmr as I said above.

I shoot far MORE 22lr now than 22wmr as I did in the past. This is the 2nd rifle that I have owned in 22wmr for myself. The former one (22wmr) was in a lever action rifle.

I would go with a 22lr first and if you want to get something for more power in ONE or more firearms... get a 22wmr one.

What will you USE it for?

My new 22wmr CZ RIFLE is for self defense. I specifically bought IT for that purpose but if push came to shove and I had NO 22wmr firearm - I would USE my 22lr rifle.

It helped me as a NEWBIE in practicing my shooting skills on a VERY regular basis (Indoor range and at outdoor ranges too.) and it was lots of FUN! It was easier on my old bones and old accident issues. So I shot my CF firearms, paused a bit or took a longer break, and then shot my RF firearms.

I will plink and practice with my 22wmr rifle as I will with my matching 22lr rifle.

I don't hunt and I have nothing against hunting.

In some old, off the beaten path 'general stores' and in old fashioned hardware stores all across this country - you can almost ALWAYS find 22lr ammunition on hand with specific CF ammo stock and shotgun shells. There may not be tons (Limited brands and cartridges!) to choose from but you usually can find it unless it has been bought up due to the fake or real shortages!

Best wishes to you!

Reno said:
Single action revolver in 22lr and a brick of ammo (if you find it) will go a long ways and put a smile on your face.
Click to expand...

One thing about shooting RUGER s/a revolvers in RF and in CF calibers is that if you shoot them a LOT and often... you can load them pretty fast.

Some people, especially shooters who have not shot OR rarely ever shot s/a revolvers, don't see that happening but it does happen with some shooter's skills.

Those guns always made me SMILE too.

My son-in-law has a PMR30. Neat gun and just like the Automag II I once owned, super picky about ammo. Some 22 Mag ammo has smaller rim dimensions and don't extract properly.
Minimal experience, but 100% of the 22 Mag semi auto pistols I've been around are not reliable feeders.
You must log in or register to reply here.
Share:
Facebook Twitter Reddit Pinterest Email Link