97 Honda Shadow 600 VLX, 6077 miles $1600 or make an offer
This was my friends bike just out of high school. He bought it in 2000. He left it in his parents garage when he went to school in LA, 2001. He graduated a few years ago and bought a new bike, his parents demanded that it get out of their garage so it became mine to sell. Since it has been sitting since 2001 there are some things you will have to take care of, or not, hence the low price. This thing has super low miles and will run for a long long time. This would be a good beginners bike. This bike DOES run well! I rode it this morning!
But here's its issues:
Front tire has a crack running in the side wall. See the picture below, thats not rust. I should have cleaned it better before I took the picture.
Fuel tank was patched. The epoxy patch was placed two years ago and it holding very well.
The carb could use some love. The bike runs just fine though. If need be I can send you a video of the bike with the throttle open, it roars! Come on over and take it for a spin around the fairgrounds.
I just did a quick google search and think that the price is fair, if it's not PM me and tell me what you want to pay.
I also have cloth saddle bags not pictured.
I have this up on craigslist for $1700, I will give a NWFA member a nice discount. Let me know what you want to pay. I would also trade for a firearm, things that have really been making me drool are semi .308s (fal,m1,m1a!,AR308) or any sort of weapon (maybe AK, CMP M1, Single Action Revolver, concealment pistol) plus cash. I don't have much cash in on this bike so MAKE ME AN OFFER, little lady wants it GONE! One last thing on trade, I've done my time in the sand box and am VERY familiar with the 5.56/.223 systems and I do appreciate the AR(223) offers BUT I would really like, just this once, to try something else out. Hoping 308ish. *I'm CHL and FFL 03 so you can be assured you are dealing with a legit individual.
If you're interested in it let me know what you want to get rid of. In Eugene. Here are some pics. 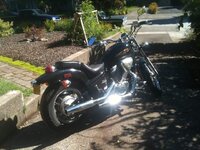 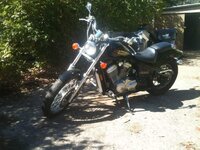 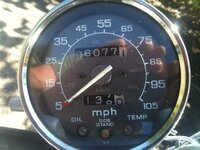 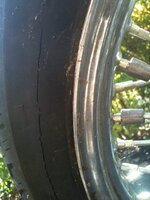 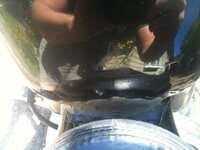 between springfield and shelbyville

Douglas said:
6077 miles! PM for details and pictures.
I would be interested in trading for a firearm. If you're interested in it let me know what you want to get rid of. I'm in Eugene.
Click to expand...