All of those gun-control rules don't seem to be slowing the actions of the drug dealers and gangs in Chi-raq.

I know about that group visiting the WH... That's why I said it. 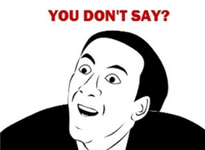 ^^^^^ figured as much. Just wanted to throw some gas on the fire.

"The gun violence over the weekend was at levels usually seen in the summer when shootings typically spike."

I hate it when the summer shooting season spills over into fall!! 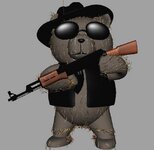 So there was a boots-on-the-ground initiative to reduce gang-violence in Chicago that went by the name of Ceasefire. Now that name alone is going to raise hackles here, but Ceasefire in Chicago was nothing like the anti-gun Ceasefire Oregon and Ceasefire Washington that we know. In fact Ceasefire's original and continued intent has nothing to do with sending an anti-gun message, only one of anti-violence and stopping the cyclical and retaliatory violence plaguing communities there. They recognize that it's fundamentally a people problem. They've since changed their name to CureViolence (see what they're up to at CureViolence.org), arguably because of the negative association between the anti-gun crowds that usurped their name.

To the original post, most of the city funding for CureViolence and their satellite groups has been pulled in the last couple years. Anti-violence programs shut down as Chicago shootings climb

May or may not be related to the increase in shootings, but I thought it's worth thinking about. I think it's an interesting approach. I don't know who has the data on it. I'm not sure there's any correlation between their effectiveness and the mayor's decision to stop funding them.

Compare to Toronto, ON

"Thanks, in part, to the evil street code there’s been 59 homicides so far in 2016 compared to 42 at this time last year. Toronto’s 59th murder, of an American tourist, happened on the same night as this violence — just north in Little Italy.

How easy is it for a law abiding citizen to get a hand gun for self defense in Canada?

Other State Next time my wife tells me she has a headache, I won't doubt her.